Have you ever stumbled upon a photo of a celebrity and immediately wondered what they were thinking in that very moment? In Elite Daily’s series, I Can Explain…, we’re asking celebrities to revisit their most memorable photos and tell us exactly what was going on in their heads. Whether they open up about an iconic look or a hilarious red carpet incident, we’re traveling back in time to find out what really went down.

Greg Austin is handed a photo from his new show, Hunters, currently streaming on Amazon. The series, which is perhaps best described as a satirical Tarantino-esque fantasy of a group of Holocaust survivors taking down a would-be Fourth Reich stars Austin as one of the Nazis, starring Al Pacino as the leader of those working to stop them. Staring at a photo of his character, Travis Leich, blowing up a car, Greg Austin reveals the behind-the-scenes details of the night he met Al Pacino, which involved Austin trying to take the veteran actor out.

Austin explains this scene was shot on the same night as the second national democratic debate. "I was very nervous for this scene in particular because this is actually the first time I met Al Pacino on set… I was sat on this couch literally just before shooting this scene, act[ing] like I knew what I was talking about with American politics, which I don’t." (Austin is from Bournemouth in the south of the UK.)

The scene the photo is from is a pretty intense one that required him to do "weapon training somewhere in Brooklyn" before the shoot.

"I’m trying to kill Al Pacino at this point. I’ve just blown up a car. So you can sort of see in the shot there’s like, light dampening off my face and that’s from the car blowing up … And I start rampaging through the woods, pumping off the shotgun whilst singing."

It’s a strange combination, but pretty typical for a series Austin describes as "a lot of drama, a lot of very serious stuff surrounding the holocaust, [but] also quite dark comedy going on, really entertaining, trippy sequences." The weaponry might have required training, but the singing and dancing didn’t.

"I studied musical theater, so funnily enough this is the first time I have done something professionally involving musical theater, involving singing … Yeah, so I got to handle this big chunky shotgun, running through the woods, singing my tits off, all whilst trying to juggle all of this choreography at the same time."

Unlike the main cast of Nazi hunters, who function as an ensemble, Austin’s Leich spends much of the series on solo missions.

"Being one of the Nazis, I sort of have my own arc, and I cross paths with some of the other main cast every so often… Obviously, Al Pacino, working with him was pretty groundbreaking for me. I learned a lot from watching him operate on set. It was an honor working with him. It was such a fun show to shoot, it really was."

All 10 episodes of Hunters Season 1 are streaming now on Amazon. 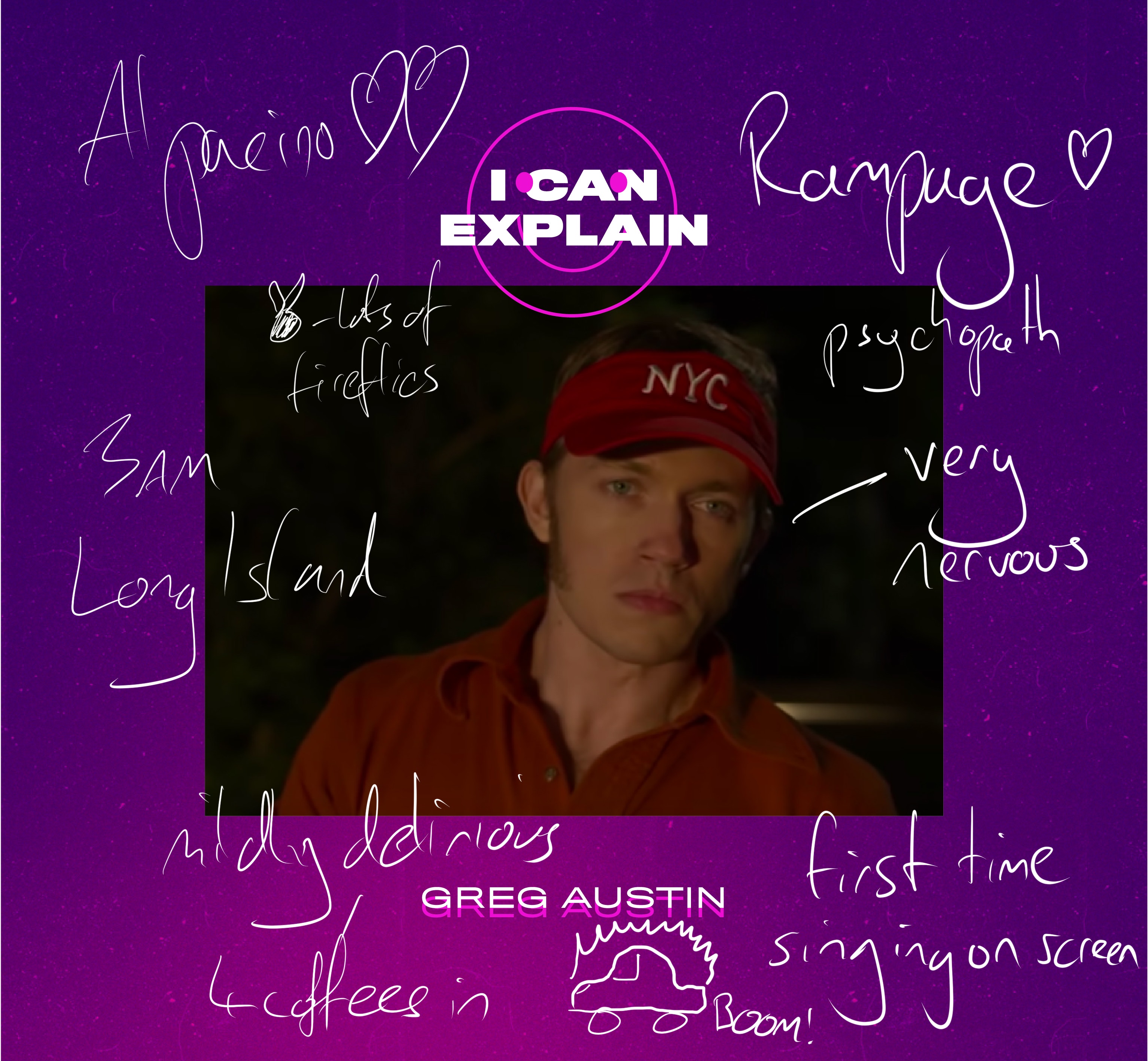