Home » Celebrities » Hanukkah 2021: The best movies and TV episodes to watch this year 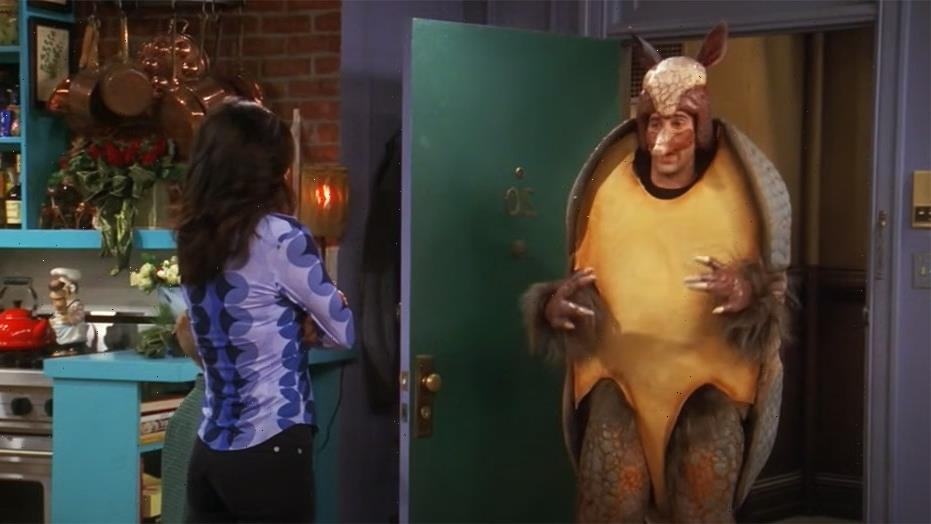 Hanukkah 2021: The best movies and TV episodes to watch this year

Jewish people around the world Sunday will mark the first of eight nights of Hanukkah – lighting menorahs, spinning the dreidel, exchanging gifts and, of course, watching TV.

It seems that for every holiday that people celebrate, regardless of religion or culture, there are a handful of movies and TV episodes that tackle the subject matter in one way or another. Fortunately for Jewish people across the country, Hanukkah is no exception.

As families gather to celebrate as well as pass the time with each other by watching some TV or a good film, many may want to keep things in the spirit of the holiday and on a certain theme. To help, below are a handful of movies and TV shows that can help you enjoy Hanukkah in 2021. 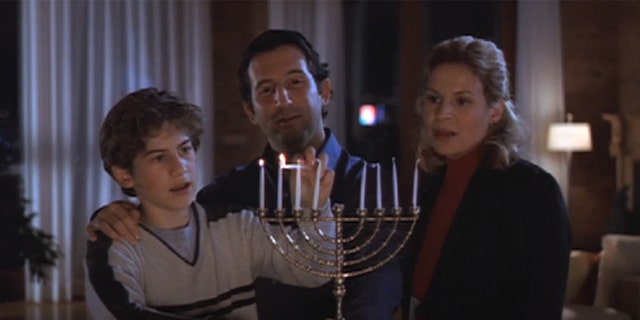 "Full-Court Miracle" is one of the best movies to watch this Hanukkah season.
(Disney)

This movie offers fun for the whole family and stays true to the holiday. Paralleling the story of the Maccabees, “Full-Court Miracle” focuses on a young freshman at a Hebrew school in Philadelphia who is determined to see his school’s basketball team finally rise in the ranks and take out their rivals, the Warriors. To help, he finds a former NBA hopeful to coach the team, setting them off on an adventure that reimagines the story of Hanukkah for a new generation. 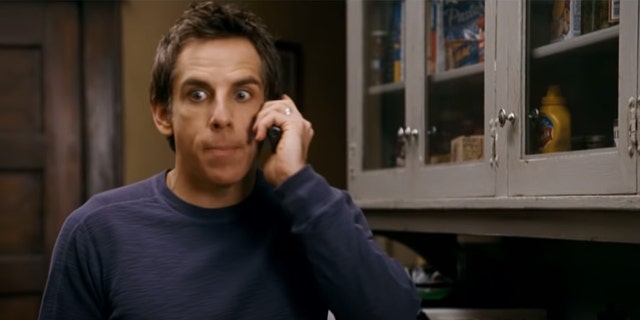 While it’s hardly the best in the trilogy that includes “Meet the Parents” and “Meet the Fockers,” this movie focuses on the holidays and is perfect for the blended families among us.

The movie sees the characters you’ve grown to love in the past two movies taking care of a younger generation as they get together for a holiday family gathering that’s sure to result in a lot of pulling out of hair and comically backward Christmas and Hanukkah mishaps. 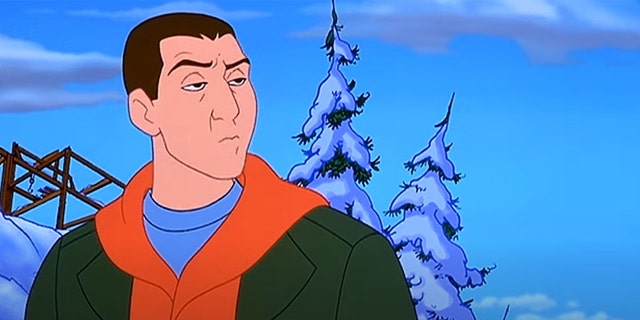 Adam Sandler’s “Eight Crazy Nights” is an animated film about a delinquent alcoholic who is taken in by a loving elderly couple around Hanukkah in order to pay off some community service. While he’s rough around the edges, there’s a heart to this movie that comes through by way of the main character’s redemption arc that stems directly from a celebration of Hanukkah. 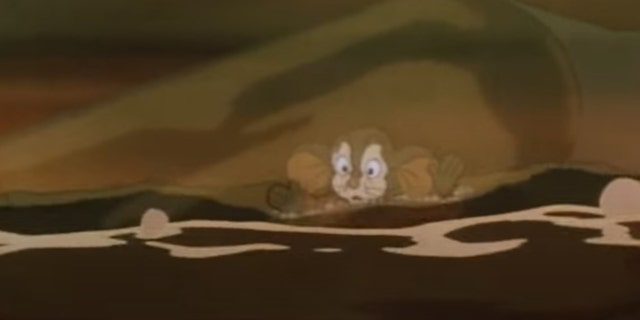 "An American Tail" tells the story of a mouse family escaping cats who are hunting them.
(Universal Pictures)

While not directly a Hanukkah story, despite opening on the holiday, Don Bluth’s animated classic ties in well to the Jewish experience. The film follows the Mousekewitz family in Shostka in 1885 as they seek to find their way to America and escape being hunted by cats in Russia. When the main character, Fievel, is separated from the rest of his clan, he must make the journey on his own in an effort to find his family, escape the cats and build a new life for himself and his loved ones in a land free of persecution.

‘Friends’ — ‘The One with the Holiday Armadillo’ 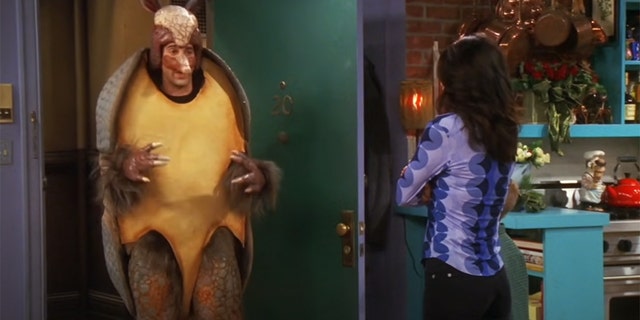 "Friends" episode "The One With the Holiday Armadillo" is one of the only ones that addresses Hanukkah.
(NBC)

This episode of the hit NBC sitcom “Friends” sees the character Ross tasked with taking care of his young son Ben for the first time by himself during the holidays. He decides to seize the opportunity to teach Ben about his Jewish heritage, specifically Hanukkah. Unfortunately, he quickly finds himself ill-equiped to educate his son on the story of the holiday in the same fun-loving way he was taught about Christmas.

He goes to the store and ends up renting a giant Armadillo costume because it was all they had left and works backward to craft a tale about the Holiday Armadillo and his ties to Hanukkah. 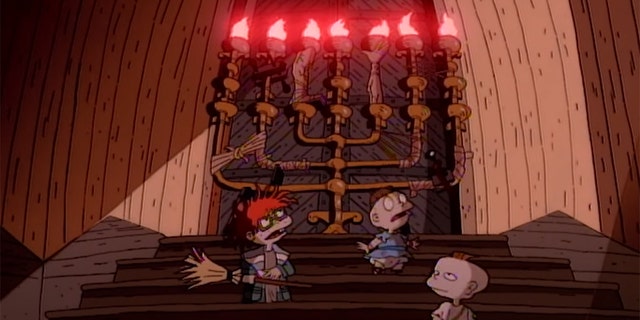 "Rugrats" looked at the story of Hanukkah in a 1996 special holiday episode.
(Nickelodeon)

For an entire generation of kids, this is their first foray into learning about the holiday.

The episode sees Tommy Pickles’ grandparents sit the kids around the fire and read them a book about the story of Hanukkah. Ever the creative ones, the babies imagine themselves as the characters, and a family-friendly but highly educational story about the “Maccababies” unfolds and gives viewers young and old the broad strokes of the Jewish holiday. 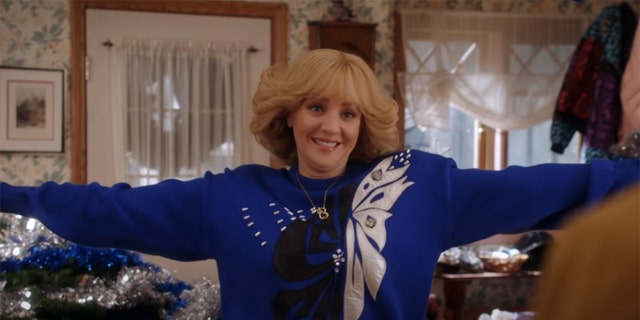 One of "The Goldbergs" best holiday episodes celebrates Hanukkah.
(ABC)

Another piece of content that’s perfect for anyone struggling with the culture shock of a blended family around the holidays, this episode sees the character Beverly try to get her family as invested in the holidays as some of her friends’ families are about Christmas. However, all of her attempts to create a “Super Hanukkah” go awry, particularly because she can’t seem to make it distinct from Christmas. 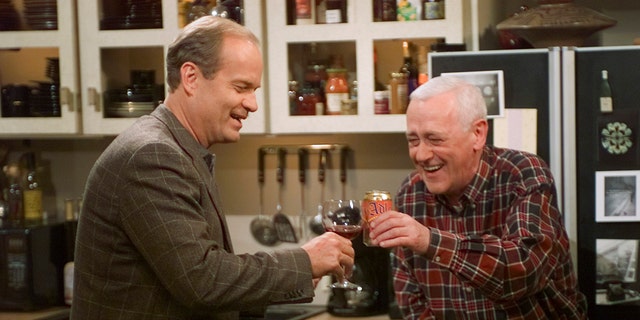 While shopping for a menorah to accommodate his son, who is Jewish on his mother’s side, Frasier Crane accidentally gives a woman the impression that he’s Jewish. So, when she sets him up with her enchanting daughter, Faye, she quickly explains that her mom would not approve of her dating outside the faith. So, when Faye and her mom make an unexpected visit to Frasier’s apartment, which his dad has decorated heavily for Christmas, he and his family are forced to do their best to keep up the ruse despite knowing very little about being Jewish.

Chelsea 1 Man Utd 1: Jorginho makes up for howler with equaliser from penalty spot as Carrick signs off with a point