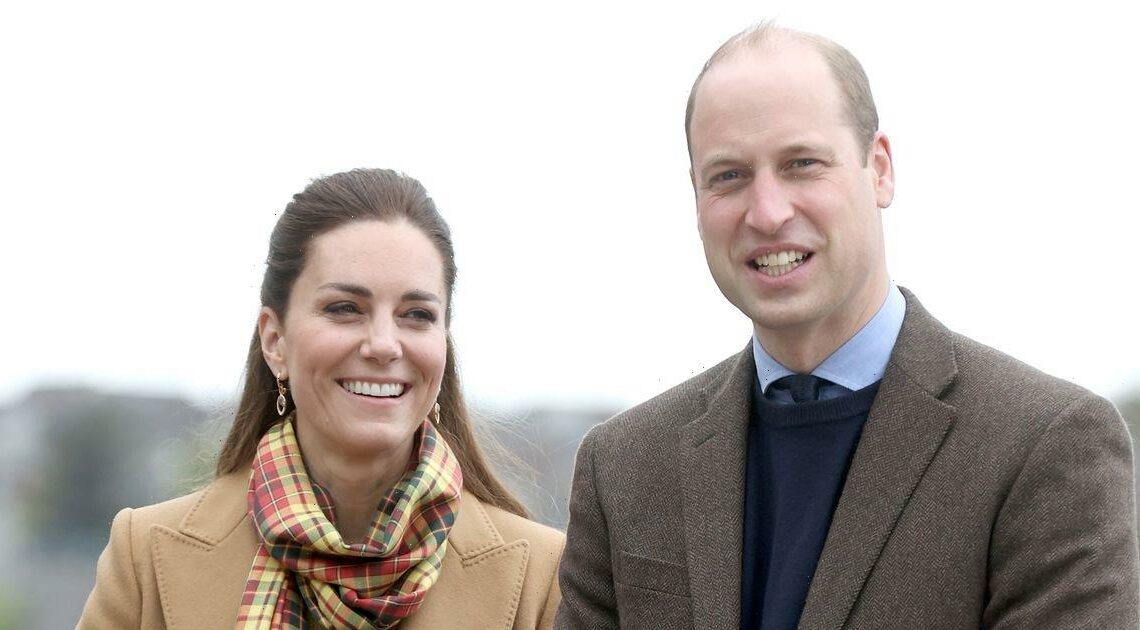 Prince Harry and Meghan Markle's explosive interview is said to have had an "unexpected" positive impact on Kate Middleton and Prince William's relationship, a royal expert has claimed.

The Duke and Duchess of Sussex made a series of "truth bombs" during their interview with Oprah Winfrey earlier this year.

And, as 36 year old Harry continued to make more claims about the Royal Family in further interviews, including a swipe at parenting in the Royal Family, it's been reported the Duchess of Cambridge has been a "huge support to her husband".

Expert Camilla wrote in Stella magazine: "It seems an unexpected consequence of the family conflict has been to help William and Kate find equilibrium in their own marriage.

"What started out as an uneven match between a blue-blooded prince and his 'plus one' has now blossomed into a two-peas-in-a-pod kind of partnership."

Kate and William recently celebrated ten years of marriage this year and their ever-growing romance was clear to see during their recent tour of Scotland.

It's also been claimed that William has supported Kate throughout her time in the Royal Family and has credited her increasing confidence to his guidance over the years.

Kate is said to have acted as a peacemaker between the siblings, who are said to have been feuding for a year and a half.

Another royal expert, Kate Nicholl, previously told Vanity Fair: "Unsurprisingly it was Kate, the Duchess of Cambridge , who has previously acted as a peacemaker between the brothers, who instigated the much longed for truce after the service.

"As William chatted to the Dean of Westminster outside the chapel, she engaged Harry in conversation.

"In their masks it was impossible to know what was said, but somehow Kate managed to defuse a deeply tense and difficult moment."

Speculation over the brother's relationship has continued to grow, but it's understood the upcoming unveiling of their late mother Princess Diana's statue could bring them together.

Following the sibling's powerful statements slamming Martin Bashir's Panorama interview with the late Princess, royal commentator Richard said that collective rage over the incident and the upcoming unveiling of the statue created to honour the Diana could bring Harry and William together.

Brothers William and Harry commissioned the statue, which will be revealed on what would have been Diana's 60th birthday, Thursday 1 July.

Richard Jobson told ABC's HeirPod podcast: "This may – their indignation at the BBC – may bring them all together, because frankly the feuding, blaming, finger pointing has to stop at some stage.

"I'd hope that any sons, whoever they are, royal or not, could have decency to come together to pay tribute to their mother who they lost at a very early age, and pay their respects thoughtfully and with honour."