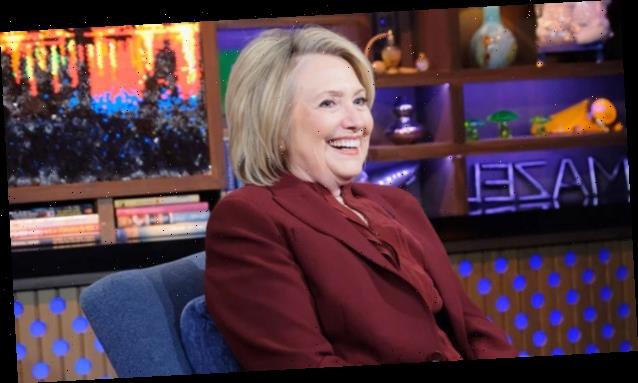 Hillary Clinton Shades Melania Trump’s ‘Be Best’ Initiative On ‘WWHL’: She Should ‘Look Closer To Home’

Hillary Clinton didn’t ‘Plead The Fifth’ on ‘WWHL’, even telling Andy Cohen what she thinks of Melania Trump’s ‘Be Best’ campaign. Did it just get shady in here?

Hillary Clinton didn’t accept Andy Cohen‘s offer to “Plead The Fifth” on Watch What Happens Live, even when asked about Melania Trump. Clinton, 72, gave a little advice, former first lady to current first lady, when she was asked during the March 5 interview what she thought of Trump’s “Be Best” initiative. If she’s that worried about online incivility, Clinton said, then “I think she should look closer to home.” Clinton’s subtle shade was clearly a reference to Trump’s husband, President Donald Trump, who’s notorious for his rampant online attacks and insults about political opponents, including herself.

The first lady has been frequently mocked for “Be Best”, a confusing children’s wellness campaign she launched in 2018, which aims to tackle cyberbullying and the opioid crisis. “It is not news or surprising to me that critics in the media have chosen to ridicule me for speaking out on this issue and that’s okay,” Trump, mother to 13-year-old Barron Trump, said at the time. “I remain committed to tackling this topic because it will provide a better world for our children.” Despite her calls to “Be Best,” her husband has continued his daily attacks on his detractors, even going after 16-year-old environmental activist Greta Thunberg.

While Clinton did treat us to her Real Housewives tagline (“I’m neither as good or as bad as some people say”), she chose not to talk more about the current First Couple. “I am the last person to comment on anybody’s relationship,” she said, with a grin.

How the White House protects Trump and his staff from coronavirus