Home » Celebrities » How Much Older Is Rob Gronkowski Than His Girlfriend Camille Kostek? 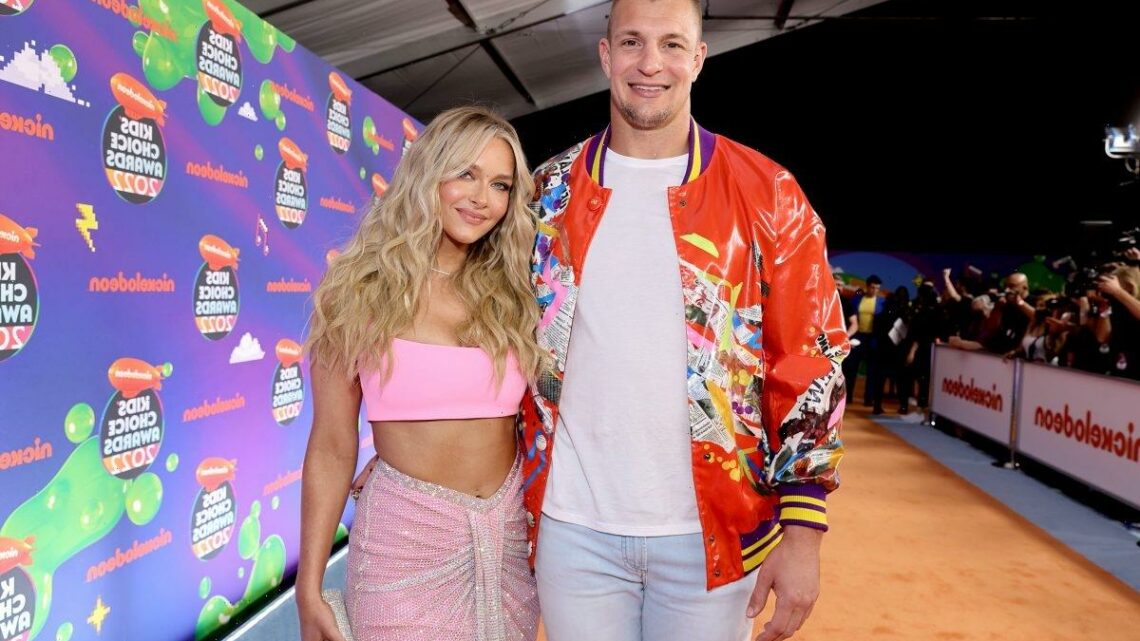 How Much Older Is Rob Gronkowski Than His Girlfriend Camille Kostek?

Rob Gronkowski surprised a lot of people when he announced that he was retiring from the NFL in 2019, especially since so many fans believed he still had a lot left in the tank. Turns out he did and that showed in 2020 when he came out of retirement to join his longtime quarterback Tom Brady on the Tampa Bay Buccaneers. The team won Super Bowl LV that season and made the playoffs the next. But now there’s a million-dollar question looming.

Since Brady announced that he will return to the Bucs, just about everyone wants to know: Is Gronk coming back? Here’s what the athlete said about that recently, plus the answers to a few other burning questions about him and his longtime girlfriend, Camille Kostek, including what their age difference is.

Gronkowski was born in Amherst, New York, on May 14, 1989. He has four brothers Gordie, Dan, Chris, and Glenn. All of them played football at least at the collegiate level.

After he graduated from high school, Gronk attended the University of Arizona and was drafted by the Patriots in 2010. He retired in 2019 before returning to the league to play for the Bucs. So will he be back for another year or is the tight end hanging up his cleats for good? Gronkowski recently stated that if he does return to the sport there’s only one team he wants to sign with.

“The Buccaneers situation is just too good if I decide to go back and play,” he told SB Nation. “Like I said, I love all my teammates there. They are all great teammates and all selfless players. They are there for the team and what’s best for the team and the whole organization. If I do play football again, it’ll be for the Bucs.”

“I don’t really have a decision date. I don’t ever have to decide — if I don’t decide then that just means I’m not playing! There really is no decision that I have to make in my life, maybe I’ll just go the rest of my life without ever deciding. People will be like ‘Rob, what did you decide?’ when I’m like 70 years old, and I’ll say: ‘It’s still up in the air,’” he joked.

Kostek was born in Killingworth, Connecticut, on Feb. 19, 1992, making her two years and nine months younger than her beau. She has three siblings and studied communications in college.

In 2013, Kostek joined the New England Patriots cheerleading squad. Many people have long thought that’s when she and Gronk started seeing each other. But she insists that wasn’t the case as cheerleaders and players are not allowed to have relationships with each other. She said that they didn’t begin dating until after she left the squad in 2015.

Kostek has appeared on and hosted a number of TV programs. She’s also done modeling including landing the cover of the 2019 Sports Illustrated Swimsuit Issue.

They’re working together in Vegas

Gronkowski and Kostek ae about to work, and party, alongside each other in Las Vegas.

The 2022 NFL Draft is being held in Sin City and the football player is hosting Gronk’s Beach Party. The event will be held on April 29 at the Encore Beach Club at the Wynn.

“During my year off in 2020, I did not want to sit out on the Super Bowl, so we came up with Gronk Beach Miami,” Gronkowski told Fox News Digital. “Everyone showed up, tons of my friends and teammates — people like coach (Bill) Belichick, Lizzo, and Triple H. The first event sold out 3,000 tickets in just 10 minutes, so I can’t imagine how crazy Gronk Beach Vegas is going to be.

“Not to mention, the rookies need something fun to do, and I’m personally inviting every single first-round draft pick to come celebrate at Gronk Beach with me.”

The Chainsmokers, Kim Lee, DJ Five and the Deux Twins are all set to perform. And Kostek will be at the event as well with her own setup.