Home » Celebrities » How Much Was John Paragon Worth At The Time Of His Death?

How Much Was John Paragon Worth At The Time Of His Death?

They may not have known it, but millions of children were endeared to John Paragon during the late 1980s and the early 1990s. Paragon played various characters on the popular children’s program “Pee-wee’s Playhouse,” which ran on CBS from 1986 to 1991, per IMDb. “Pee-wee’s Playhouse” followed the life and daily shenanigans of Paul Reubens’ Pee-wee Herman in his playhouse in Puppetland. Paragon played one of the oddest and beloved puppets, Jambie. Jambie was a genie’s head that lived in a bejeweled box. Paragon also later voiced the character Pterri the Pterodactyl and wrote for the show and some of its spin-offs.

Unfortunately for Paragon’s fans, the writer, actor, and director died at age 66 from undisclosed causes in April. And fans weren’t even able to mourn his death until later when his death was actually disclosed in June, reported TMZ.

There’s no doubt that Paragon will be missed for his contributions to children’s humor and storytelling, and some might be wondering, how much was he worth at the time of his death? 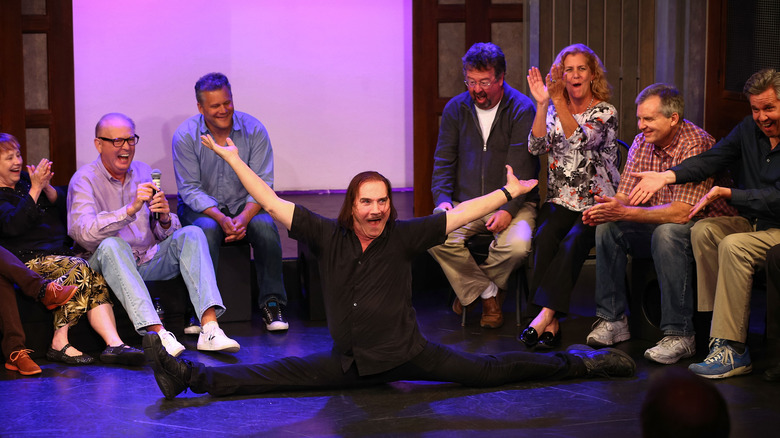 With John Paragon’s death, he left behind a legacy of incredible children’s entertainment and programming after playing Jambie the Genie and Pterri the Pterodactyl on “Pee-Wee’s Playhouse” as well as writing for the show.

Paragon also took on work on other projects like the sitcom “Seinfeld” and the horror movie show “Elvira’s Movie Macabre,” according to IMDb. With such an interesting work history, how much was Paragon worth when he died?

Paragon actually had a surprisingly large net worth for someone without the largest filmography. According to Idol Net Worth, Paragon had an estimated net worth of $12 million, but it’s unclear whether that’s accurate. Most of that is due to his work on the hit Pee-wee Herman show and its spin-off, including the feature film, “Pee-wee’s Big Adventure,” which grossed $40 million at the box office off of a meager (for Hollywood) $6 million budget, reported Vox. Paragon may have taken early retirement after working on “Pee-wee’s Big Holiday” in 2016, but his bank account definitely didn’t suffer.