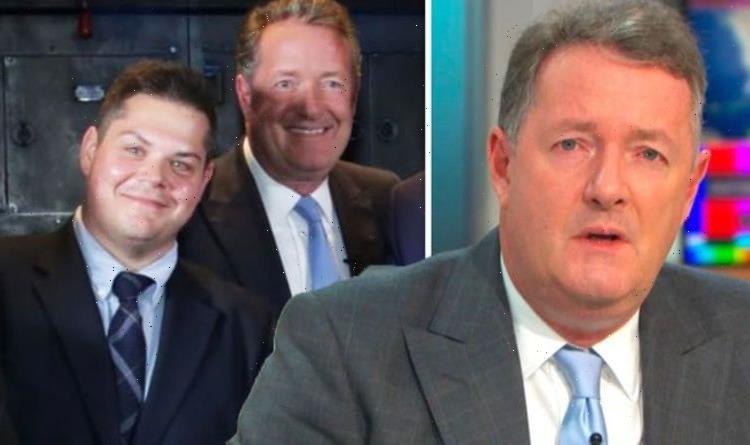 Former presenter of Good Morning Britain Piers Morgan, 56, has taken to Twitter to share a heartfelt post as the series director for the programme announced his departure from the show. Piers said that the exit of Erron Gordon from the ITV news show was a “huge loss”, as he fondly reminisced about working with his friend and former colleague, as he admitted he often tried to “trip him up” while live on air.

In view of his 7.9 million followers, Piers gushed over GMB’s former series director.

He wrote: “The very best TV directors thrive off unpredictability, spontaneity & flying by the seat of their pants.

“Loved working with Erron because the more I tried to trip him up, the more he enjoyed it.

Erron also worked with Piers on his show Life Stories, from 2009, which shows the outspoken media personality interviewing high profile figures, including the former president of the United States, Donald Trump.

In a bittersweet post, Erron reflected on his time at the broadcaster, writing: “After 13 years at @ITV and 7 as the Series Director of @GMB I am leaving the programme at the end of the year to take on an exciting new challenge.

“I’ve had an amazing time working with a brilliant team in front of and behind the camera and I am so proud of the programme I helped launch in 2014.”

“Not forgetting somehow getting a part in Bridget Jones Baby!

Erron went on: “I’d like to thank GMB Editor @NeilThompson62, Peston Editor Vicky Flind @flindv10 & ITV Daytime MD Emma Gormley for believing in me. The formidable studio crews that make me look good each day and our fabulous on air team.

“I’m looking forward to the next chapter and a lie in!” he finished.

Followers of the former newspaper editor were quick to relay their thoughts about the series director’s departure in the comments.

One penned: “That’s the 2nd huge loss for @gmb piers.I don’t bother to watch it anymore”

Another added: “Working on something together Piers? I wonder….”

While a third commented: “Used to love yours and @susannareid100’s interactions with @errongordon it was hilarious. I wish it could all just go back to how it used to be.”

The star shared an image of Leonardo DiCaprio raising a glass of champagne from his role as Jay Gatsby in The Great Gatsby.

The image read: “Cheers to all my haters! Be patient. So much more is coming.”

Piers captioned the image with an emoji wearing sunglasses, which led fans to believe he will make a return to TV screens soon.