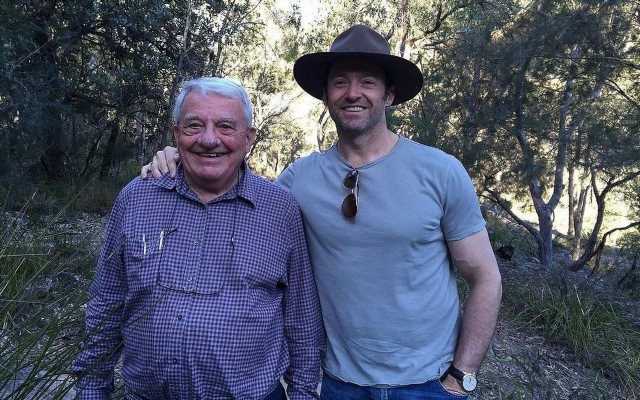 Hugh Jackman Filled With ‘Deep Sadness’ as His Father Passes Away

The ‘Logan’ actor is mourning the loss of his father Christopher Jackman as he announces to his social media followers that the patriarch died on Australia’s Father’s Day.

AceShowbiz –Hugh Jackman has shared his father, Christopher Jackman, has passed away.

“The Greatest Showman” actor took to Instagram on Monday (6Sep21) to share the sombre news with his fans. He did not give a cause of death.

“In the early hours of Father’s Day (AU), my Dad peacefully passed away,” he wrote. “And whilst there is deep sadness, I am filled with such gratitude and love.”

Hugh, 52, continued, “My Dad was, in a word, extraordinary. He devoted his life to his family, his work and his faith. I pray he is now at peace with God.”

His pal, “Deadpool” star Ryan Reynolds, responded to the news in the comments, “I was lucky to have met him.”

The “Reminiscence” star has spoken in the past about how his dad raised him and his siblings single-handedly after their mother, Grace, walked out on them when Hugh was eight years old. He has since reconciled with his mother.

In a 2012 interview with CBS’ “60 Minutes“, he got teary eyes when talking about the advice given by his father. “It’s always about the family,” he said while wiping the corners of his eyes. “It’s always, ‘How’s [Jackman’s wife] Deb?’ It’s not about work and I think that’s him living with, probably some of his regrets and feelings of maybe he…at the wrong time put too much into his career and he doesn’t want me to make that mistake. And so, in his gentle way, he always reminds me that this is the most important thing.”

Meanwhile, in an Instagram post last year, he wrote, “My Father taught me to always keep my promises … Even if it turns out that there’s a better option or something that will benefit me more. Be true to your word.”