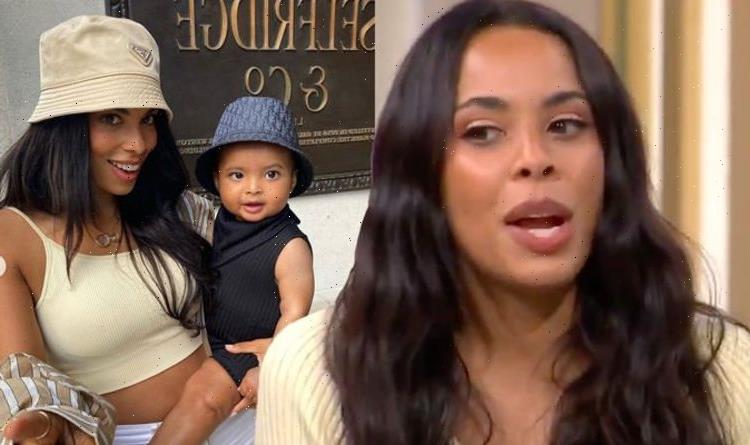 Rochelle Humes grills hunter on her 'love' for wild animals

Rochelle Humes, 32, joined Eamonn Holmes, Dr Nighat Arif and Beverley Turner on This Morning today to discuss the Covid-19 vaccine being offered to children aged 12 years and above. Beverley ended up clashing with Dr Nighat, who had responded to some misconceptions made about the perceived “dangers” of the vaccine.

As Dr Nighat addressed the markers that Beverley had referred to, which the doctor explained was from an alert system, the media commentator began to shout over her.

Waving her finger, Beverley said: “I’m sorry, but you are wrong!”

As she tried to continue speaking over her, the ITV daytime show was forced to mute her so that the doctor was able to explain her point.

“Also you have to look at the vaccination programme that has been rolled out across other countries,” Dr Nighat explained calmly.

“In China, they’ve been vaccinating 12-year-olds and above and they’re finishing their programme there in October this year. We’ve also got Canada and Brazil.

“So we have to look at this as a global pandemic and it’s about making sure the host-virus doesn’t get into more and more hosts’ bodies and therefore we protect.

“So the vaccination programme that we’ve got running currently will then be rendered null and void because if we’ve got more virulent, more stronger variants that are out there. That’s how viruses spread.”

The former Saturdays singer, who is mum to Alaia-Mai, eight, Valentina Raine, four, and 10-month-old son Blake, said that she was supportive of the vaccine but wasn’t sure if she would want her children to have it.

“They are my most precious thing in the world… I do not know the answer.”

In response, some viewers were upset with her comments.

One wrote on Twitter: “And now Rochelle is conflicted after listening to that rant! Why do doctors have to go above and beyond with reams of evidence but a journalist can rant a load of anecdotal tenuously linked unsupported c*** for 10 minutes and people then side with the journalist?? #ThisMorning.”

While another wrote: “You don’t know Rochelle? I’d go with the scientists on this one …or the TV presenter? Gosh it’s tricky! #thismorning.”(sic)

A third fumed: “Oh ffs Rochelle, what do you mean you don’t know? Even after a GP has just clearly pointed out the importance of vaccinating children. So, that’s 2 presenters now who are clearly anti-vax #ThisMorning.”(sic)

But another was more supportive as they wrote: “I’m with Rochelle, I’m not sure. My teenagers have had Covid (experiencing only mild symptoms) – I worry that is they have the vaccine they will have a more severe reaction than when they had Covid?”(sic)

Extending the Covid vaccine to all over-12s would save thousands of adult Brits’ lives this winter, a study has predicted.

New modelling suggests it would cut Covid hospitalisations by 16% and deaths by 15% in a winter wave, compared to the current policy of jabbing over-16s and vulnerable kids aged 12 to 15.