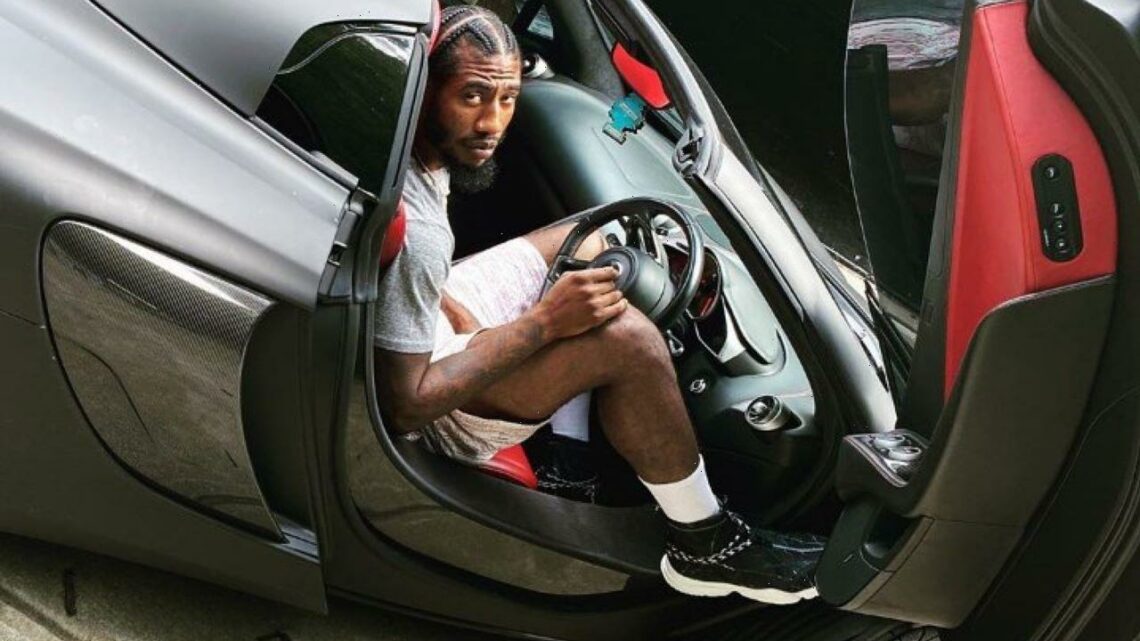 During the NBA star’s arrest on Saturday, July 30, officers reportedly found a Glock magazine and 14 9mm rounds in his backpack although he didn’t have a gun.

AceShowbiz –Iman Shumpert is facing a legal issue. It was unveiled that the professional basketball player was arrested at the Dallas/Fort Worth Airport on Saturday, July 30 for having a “sizeable” amount of marijuana in his backpack.

According to the police report obtained by TMZ, TSA screeners discovered a plastic bag filled with a “green leafy substance” around 2:40 P.M. local time. The NBA star himself admitted that it was weed.

Officers said the substance weighed 6.12 ounces. As for the “Dancing with the Stars” winner, he also tested positive for marijuana using a mobile test. He subsequently was taken into custody and transported to a nearby jail “without incident.”

In addition, Iman was caught having a Glock magazine and 14 9mm rounds in his bag although he didn’t have a gun. The charge is classified as a “State Jail Felony,” meaning he could face up to two years in jail and a $10,000 fine if convicted.

The report arrived months after Iman’s wife, Teyana Taylor, shut down rumors about her using drugs due to his alleged infidelity. Teyana was forced to defend herself after a TikTok account, which reenacts “unconfirmed stories and parodies,” posted a story that many assumed was about her. The story was allegedly sent by an anonymous person who claimed to be friends with someone who worked as an assistant for Teyana last November.

Having caught wind of the video, Teyana offered her clarification on Instagram. She first argued in a since-deleted post, “The person who sent in this CAP a** TikTok story is a fool, the person who ‘re-enacted’ this CAP a** story is a fool (she better have her court coin ready) but the people who believed the CAP a** story are the biggest fools smh. Y’all allow a YT girl to pull some s**t like this during Black History Month???”

“1. NO ONE have been ‘hired’ or ‘fired’ on my team. My whole staff is my family & all still currently work fro me. 2. I DO NOT DO DRUGS, s**t I don’t even smoke weed & only drink occasionally,” the musician further detailed. “4. If I overdosed where’s the 911 call?? How would I be able to walk myself in to the hospital?”

“NOBODY AND I MEAN ABSOLUTELY NOBODY CAN MAKE PETUNIA OVERDOSE ON A DAMN THING,” the singer went on fuming. “I’d kill @imanshumpert fine a**, put him in a nice suit and bury him my damn self before I EVER let him or ANYBODY to push me to do drugs or take myself out.”

REVEALED: The tell-tale signs you are 'winning' at life