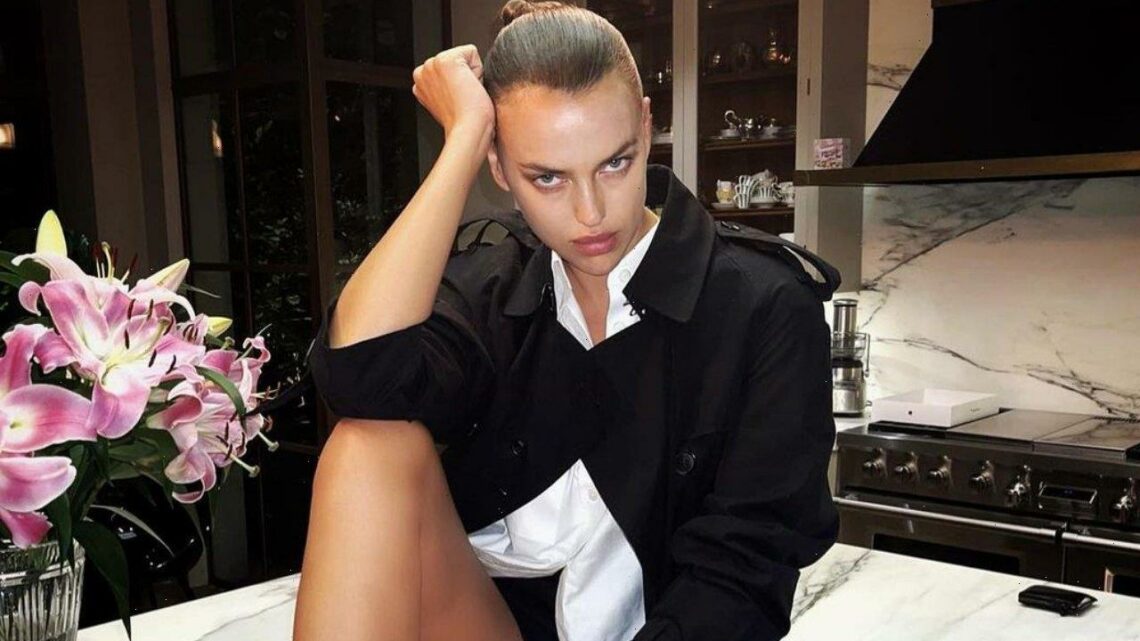 Katie Holmes, meanwhile, goes for a daring look in a Christopher Esber ab cut-out dress that she pairs with an unbuttoned shirt when attending the Vacheron Constantin Flagship grand opening.

The 35-year-old beauty completed her style with low-rise gray cargo pants by The Attico and nude stilettos which were selected by stylist Corey T. Stokes. The former girlfriend of Bradley Cooper styled her hair with a wet-looking bob wig featuring fringe.

Irina, who reportedly broke up with Kanye West in August after two months of dating, showed off her bold look by posting a picture from the event on Instagram. In the accompanying message, she simply wrote, “Bout nite @bulgari.”

Irina followed it up with several selfies and some snaps of her posing with her friend Ali Kavoussi. “Her… in her 6 element… with sis @alikavoussi,” she captioned the post.

Among those who were present at the Bulgari bash were Martha Hunt, Dove Cameron, Maddie Ziegler and Lisa Rinna‘s daughter Amelia Hamlin. “Bloodshot” actress Eiza Gonzalez was also in attendance as she sported a black tube top, gray pleated pants and matching pointy heels.

Katie Holmes, on the other hand, attended the grand opening of the Vacheron Constantin boutique that night. She showed some skin in a black Christopher Esber ab cut-out dress that she paired with a matching unbuttoned shirt, pants and white sneakers.

The ex-wife of Tom Cruise shared several pictures of herself wearing the outfit on her Instagram account, drawing many compliments. “GORGEOUS,” Alyssa Milano gushed in the comment section, before Patti Smith added, “Beautiful inside and out.”