Home » Celebrities » Is Nugs.net Worth It? Here's What to Know About the Live Music Service and How It Works 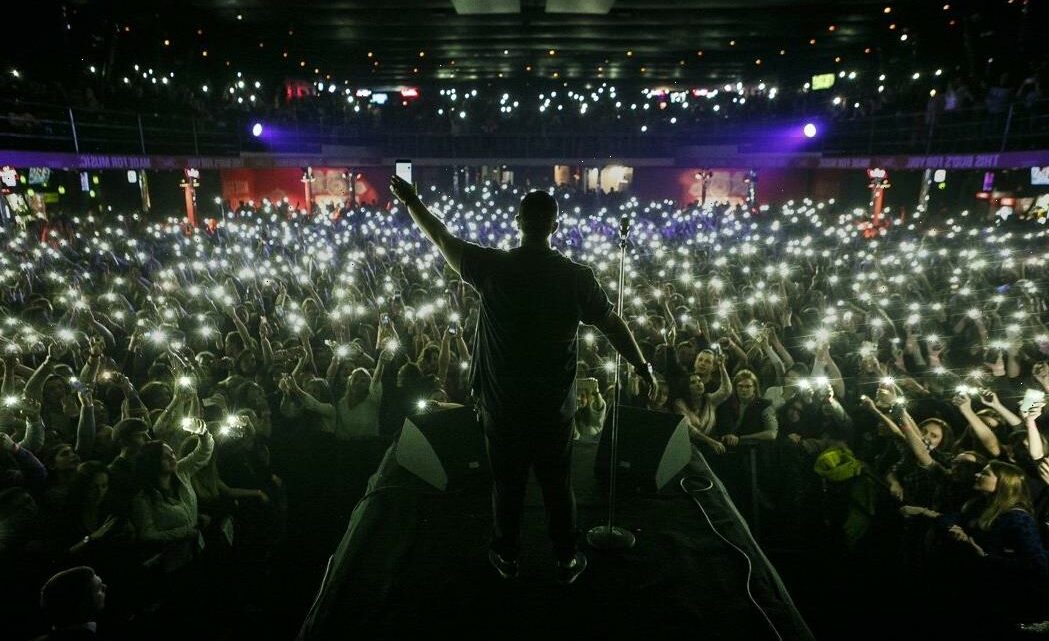 Is Nugs.net Worth It? Here's What to Know About the Live Music Service and How It Works

Products featured are independently selected by our editorial team and we may earn a commission from purchases made from our links; the retailer may also receive certain auditable data for accounting purposes.

Concert streaming began taking root decades ago, but since music lovers have been deprived of live performances due to the pandemic, digitized concert technology is finally blossoming. Among these newly-popular services is Nugs.net, a concert streaming service of almost thirty years offering audio and video recordings of major concerts around the world. We gave Nugs’ website a review to find out if it’s worth it.

What Can You Stream On Nugs.net?

The video on Nugs is arguably its most attractive side, with live streams and on-demand archival content. Live streams happen quite regularly, showcasing real-time streams of concerts all over the world. Many of these live shows are also available as on-demand videos for a limited time after the show. Plus, live shows can often be downloaded after the fact — sometimes for free if you’re a ticketholder (I.e. if you go to an in-person show, you can download a high-res recording afterward).

On-demand video delivers over 15,000 exclusive live concerts for streaming at any time. The catalog is extensive, encompassing newly-recorded performances and decades-old archival material from certain bands (everyone from Grateful Dead to Metallica). In addition to video, Nugs features more than 250,000 live audio tracks in high-fidelity quality.

Of course, Nugs isn’t the only service to offer on-demand concerts, performance live streams and concert audio (although it seems to offer the most live music content). Streaming giants like HBO Max, Hulu and Amazon Prime Video all feature a collection of live recorded concerts. Amazon Prime Video is perhaps Nugs’ most direct competition with thousands of live concerts — some free for Prime members.

Is the Nugs.net Audio Quality Good?

The majority of Nugs’ content comes through its mobile app, downloadable on IOS or Android. There isn’t a desktop app, but the service’s audio content, as well as some downloadable content, can be found on the Nugs.net website.

Nothing beats in-person live music, but Nugs gets as close as possible with high-definition video and high-fidelity audio capabilities. The service boasts an extensive CD-quality lossless catalog in FLAC and ALAC formats, as well as DSD downloads for select offerings.

There’s also a pricier HiFi subscription option that gets you access to 360 Reality Audio and MQA-quality streams. If you’re purchasing and downloading an individual live show, you can choose between MP3, ALAC, FLAC, ALAC-HD or FLAC-HD audio formats. This premium sound quality is where Nugs really pulls ahead of other streaming services.

On the video side, most of Nugs’ library comes in either HD or, occasionally, 4K resolution. In short, audiophiles with the right gear should be pleased with the quality capabilities of Nugs. 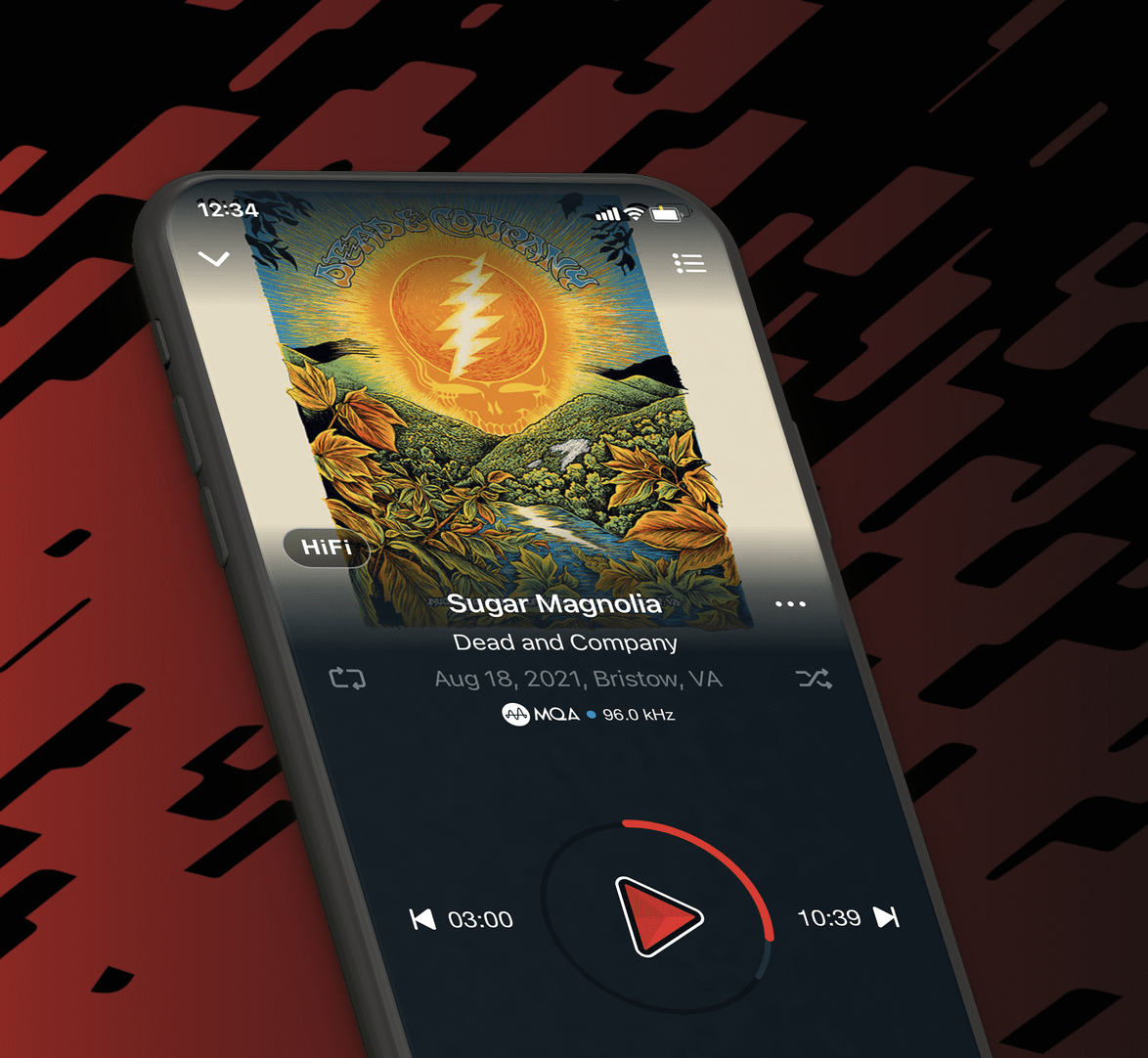 The Nugs app, meanwhile, is just fine. It can be a bit clunky, and bugs are not uncommon. Unlike other major streaming services, there are no playlists and no recommendation algorithms, and searching can be tricky (for example, you cannot search by genre). But that’s not really the point of Nugs.net. It’s supposed to function more like a massive performance venue, letting you browse and discover artists on your own.

As far as compatibility, the app can be used with Sonos systems and BluOS for audio around the house. The app’s video interface is also compatible with Chromecast and Airplay, allowing users to throw up a concert on TVs with Chromecast or Apple TV devices. A handful of videos can also be found on the Nugs.net website for streaming on a computer.

How Much Does Nugs.net Cost? Pricing, Subscription

The cost to purchase individual video concerts (without the subscriber discount) ranges from $9.95 to $24.99, depending on the quality you choose. Some shows are also available as CD sets which cost between $23 and $26.

What Artists are on Nugs.net?

Here’s where Nugs gets divisive: they have an extensive collection of older bands, and that’s about it. If you’re a fan of rock, bluegrass, country, folk or all of the above, Nugs probably has your favorite artist. For example, their collections of archival Grateful Dead and Pearl Jam are astounding. However, hip-hop, pop, and newer artists in general are few and far between.

It’s also important to note that Nugs does a great job of supporting artists. For one, they act more like a venue than a streaming service by going directly through the artist — not the record label — in order to publish the artist’s content. Nugs also pays the artist much more per stream than, say, Spotify (three times as much, to be exact). In an era when artists are struggling to make money off streams and are largely unable to tour, this facet of Nugs is very welcome.

Nugs is a great concept. Fans can enjoy something similar to live music at home, replete with premium sound quality and HD video content, all while supporting their favorite artists. The high-definition, high-fidelity live streams are a great way to have some socialization with your family or close friends, and, for the right music fan, Nugs’ library is very impressive.

These two features — music quality and catalogue quantity — gives Nugs an edge over the bigger video streamers when it comes to live music. However, a less-than-stellar app and limited genre selection might be deal-breakers for some. Our suggestion? Take advantage of the 30-day free trial by clicking here and try it out for yourself.