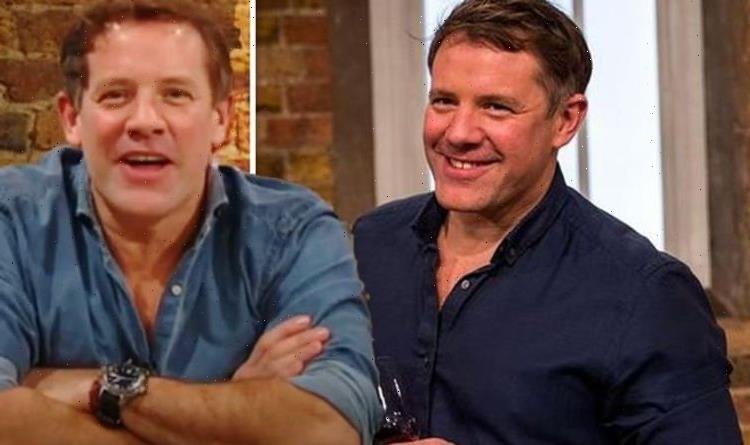 Saturday Kitchen presenter Matt Tebbutt, 47, has addressed his start as full-time host on the popular BBC cooking show. Speaking exclusively to Express.co.uk, the ex-restaurateur revealed all the preparation that goes into each programme, adding that he feels “knocked back” if he is under prepared.

Matt was stand-in presenter for James Martin, who fronted the show from 2006 to 2016.

But after his departure, the former stepped in as full-time host.

Talking about getting to grips with the live cooking show, the star detailed all the preparation that goes into every episode.

Matt said: “Just when you think, ‘OK, I’ve got this’, something happens and it throws it in the air and it knocks you back a bit.’

Ahead of the cooking show, which sees him talk to a new celebrity guest every week, the culinary expert explained the preparation that he puts in ahead of every episode.

“On a Friday night I’m absolutely monk like, I’m in my hotel room, don’t go out, go to bed at 9pm on the dot,” he revealed.

“Because you don’t want to mess up and you want to do your work so you’re feeling good for the next day.”

Matt went on to add that he likes to be prepared and always one step ahead of his guests at all times, so he isn’t unexpectedly caught out.

He said: “Even if you do four hours work research wise on somebody, every now and again they say something and you go, ‘Oh that’s because…’, and you have the arc ahead so you’re not going in dry.”

As well as researching his celebrity guests, Matt also spoke about getting to grips with the practical side of the cooking show.

He said: “I’ll go in on Friday and we’ll go through the food and we look at the recipes for that week.

However, he added that they will test it once more ahead of the show.

“Then on Saturday we do it again in rehearsal and if anything needs tuning then we go ahead and we do it live,” Matt explained.

“So we’ve done the food three times before it gets done, so all the little issues are all ironed out. There’s never any major ones.”

He went on: “I mean things get dropped, things get burned, you know, that’s the beauty of live TV and that’s kind of the charm.

“I always think because things go like that in life, so why would you expect them not to happen on a TV show which is condensing everything into record breaking time?” Matt added.

“There’s always funny things which go wrong, but nothing you can’t go, ‘You know what, it’s food isn’t it’ at. No ones going to lose any sleep over it,” he finished.

Saturday Kitchen is on BBC Two at 10am on Saturday mornings.

This Mets collapse doesnt have to end like the others