Home » Jenelle Evans: Freakin’ Jace Is Ruining My Relationship With My Mom, Dude! 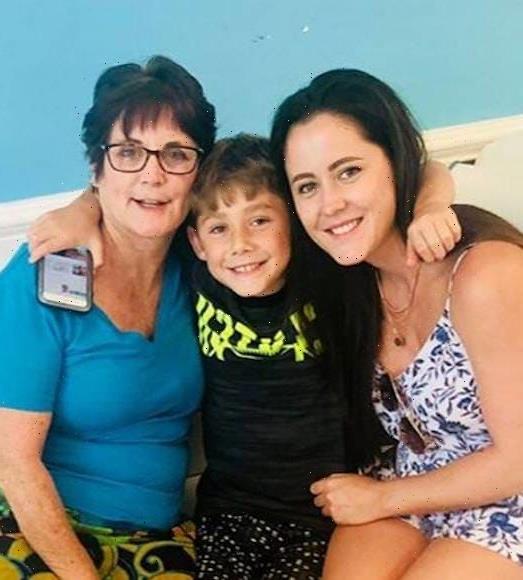 Jenelle Evans: Freakin’ Jace Is Ruining My Relationship With My Mom, Dude!

One of the few intelligent choices Jenelle Evans ever made was her decision to sign over custody of he eldest son, Jace, to her mother, Barbara Evans.

So of course, that’s the one she most regrets.

Yes, in recent years, Jenelle has devoted a great deal of time and energy to trying to regain custody of the11-year-old.

Her persistence is puzzling, and not only because it’s so rare to see Jenelle demonstrate initiative in anything.

The move is also surprising since Evans seems to already have far too much on her plate.

Most people who recently had their kids taken away by CPS aren’t trying to have more children brought into their lives, but Jenelle and David are nothing if not … full of surprises.

For obvious reasons, Babs is hoping to maintain custody.

This impasse has led to an intensification of the feud between Jenelle and Barbara, and it shows no signs of letting up.

For obvious reasons, the topic is not Jenelle’s favorite subject of conversation, but she’s so desperate to remain relevant these days that she would probably talk about the David dog-killing incident if someone would grant her an interview.

“We will probably not ever repair our relationship, but if I do get custody I will continue to let Jace have a relationship with her,” Jenelle recently told UK tabloid The Sun.

“They’ve been together for such a long time and I don’t want to be petty and be petty against Jace just because I have something against my mom.”

Jenelle claims, of course, that none of this has anything to do with her petty beef with Barbara.

Instead, she insists that she wants what’s best her eldest son, who has been struggling in school lately.

“Things have been pretty rocky at her house with Jace for the past two years,” the younger Evans said.

“There hasn’t been a major change,” she said.

“We agreed for Jace to live with me and she took back her word like a week later,” Jenelle continued, adding:

And what does Jace love most about his visits to The Land?

Why, hanging out with David, of course!

“Jace loves going out on the boat with David and David teaches him about hunting and fishing,” she said.

“He’s around a guy and has a guy’s perspective and is not always around my mom. Because his dad isn’t around, it’s good he has a father figure of some sort.”

This is all an obvious lie, of course, as David has never been anything but horrible to the boy.

Oh, and there was that incident in which Jace called Jenelle and David pieces of sh-t.

But the boy whose wildly dysfunctional childhood was painstakingly detailed on national TV is now having some developmental problems.

And in Jenelle’s mind, it must be all Babs’ fault.

“It’s also hard for her to help with school a lot because she doesn’t get the new school stuff that they teach,” Jenelle said.

Yes, we’re sure the real issue here is that Barbara has simply forgotten to do long division.

Don’t get us wrong, we’re sure Jenelle really wants to regain custody of Jace.

But not for any of the reasons she listed here.