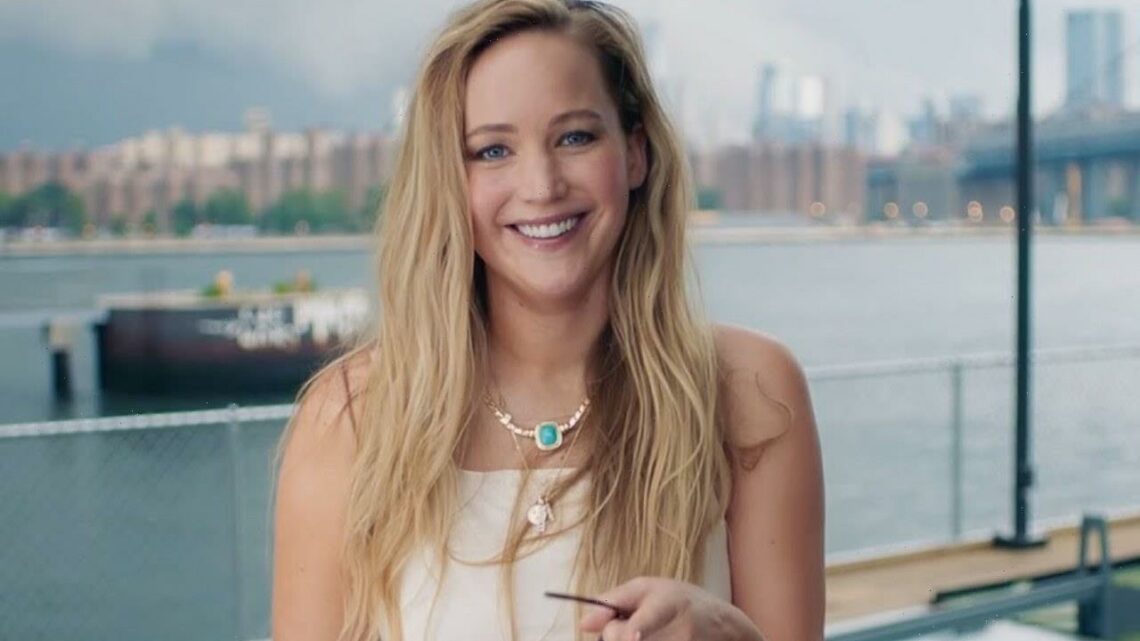 The ‘Hunger Games’ actress admits she almost called off her 2019 wedding as she had cold feet because she struggled with commitment anxiety among other issues.

AceShowbiz –Jennifer Lawrence is so glad she didn’t “freak out” and cancel her wedding. Before tying the knot with art dealer Cooke Maroney – the father of her nine-month-old son Cy – in 2019, the “Causeway” actress was hesitant about settling down and realised later she was experiencing commitment anxiety.

“When you don’t fully know yourself, you have no idea where to put yourself. And then I met my husband, and he was like, ‘Put yourself here.’ I was like, ‘That feels right, but what if it’s not?’ ” she said.

Discussing her commitment anxiety, she added to the New York Times newspaper, “It was coming out of my performance in all these different creative ways, but I wasn’t conscious of it. Then I went back, and when I’m home with my husband making this family, I’m so happy I stayed. I’m so happy I didn’t freak out and cancel the wedding and run away and go, ‘I’ll never be taken down!’ “

The 32-year-old star admitted she had a “feminist meltdown” about changing her surname after getting married but ultimately liked the idea of creating some space between her personal and professional lives.

She said, “God, I had such a feminist meltdown about changing my name because it’s my identity, it’s the first thing I’m given. I was born with the name Jennifer Lawrence, but that got taken from me when I was 21 and I never got it back. So it didn’t feel like I was giving up anything. That name already belongs to them. Jennifer Lawrence is Katniss Everdeen, I guess. Is that weird?”

Jennifer became a household name playing Katniss Everdeen in “The Hunger Games” movie series and she admitted she felt “old” when she found out about the upcoming prequel, “The Ballad of Songbirds and Snakes“, which will star Rachel Zegler.

She said, “That makes me feel old as mould. I remember being 21 and thinking, ‘My God, one day they’ll redo and remake them. But I’ll be so old by then! I’ll be dead!’ “

And she found it “depressing” working with Andrew Barth Feldman, 20, on new comedy “No Hard Feelings“. She said, “Working with a 20 year old is so depressing. I’m like, ‘Well, when YouTube was first invented, you were born.’ “