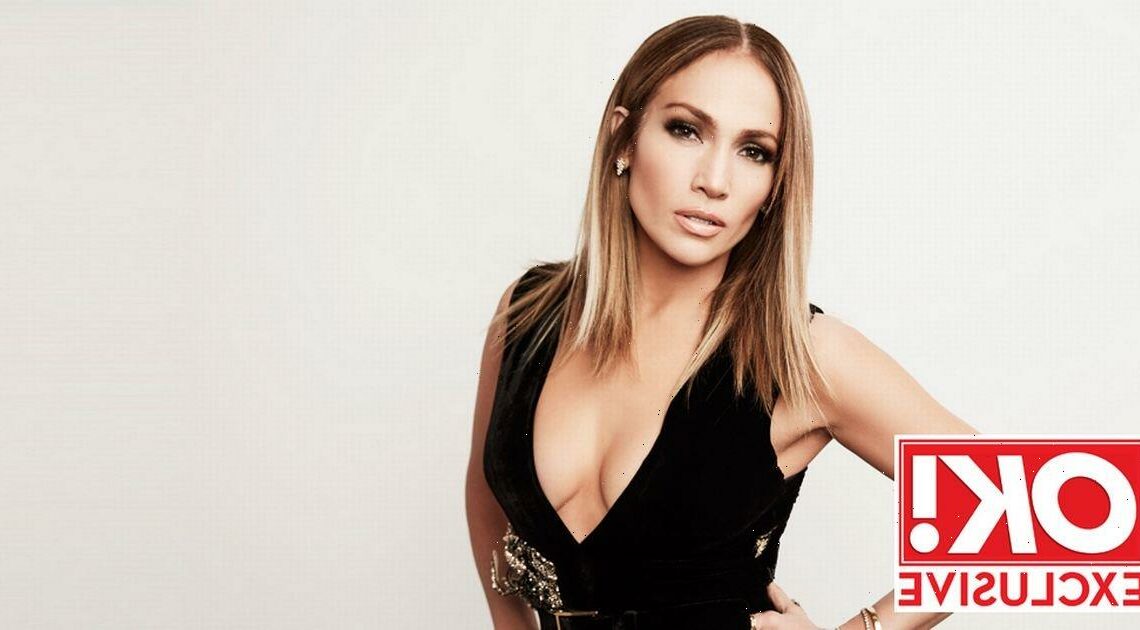 Since she stepped out in that green Versace silk chiffon dress at the Grammy Awards 22 years ago, Jennifer Lopez’s incredible physique has been a constant talking point.

But the singer and actress has revealed that while she is admired globally, she has body hang-ups, like most women do.

The star admits that after the birth of her twins Maximilian and Emme, who she shares with her ex-husband , in 2008 her “baby back fat” and “belly” has been impossible to rid of completely and she reveals she’s “always” working on those parts of her body in the gym.

She says, “After I had my twins, my baby back fat, I used to call it, it would come over the outfits, I wasn’t used to that. It kind of pooled under my arms, so for me I’m always trying to tighten that part up in the gym.

“And my skin on the belly when I had twins, there was this little bit of extra skin that never quite bounces all the way back and I had to do extra work in the gym on my abs. There’s this little piece under the belly button that never went back.”

Jennifer, 53, says she has been able to maintain her muscle definition as she gets older thanks to a balanced and consistent diet and exercise regime. She also says having a good skincare regime helps her to feel “mentally” good about herself.

She says, “You have to work out, you have to eat right, especially as you get older. When you’re younger, you take it for granted. As you start to get older, you have to concentrate on maintaining muscle over the years and that’s fine. You want to be balanced – you don’t want to drive yourself crazy where you’re in the gym all the time but I always say the biggest thing for my life and my career is always consistency.”

Jennifer adds, “You’re going to make mistakes, sometimes you’re just not going to feel like it, but if you get back on the horse, do it again and keep consistent over time, you’ll see the result and you’ll feel really good about yourself.

“That contributes mentally and emotionally to how you feel. And having an amazing skincare routine – it’s all pat of a journey of self-care and self-love.”

On 16 July this year, Jennifer married Hollywood actor Ben Affleck, 50, in Las Vegas. They also tied the knot a second time in front of friends and family in Georgia on 8 August.

The couple had dated previously and planned to get married in 2003. But four days before the ceremony, it was called off and they split up three months later, citing “excessive media attention” as the reason. Jennifer described them tying the knot this year as having come “full circle” and told of how “the weight of the past finally lifted off our shoulders”.

During their two decades apart, Jennifer had a 10-year marriage to Marc, which ended in 2014, and was engaged to baseball player Alex Rodriguez, while Ben had married actress Jennifer Garner in 2005 and had three children – Violet, 16, Seraphina, 13, and Samuel, 10.

But after those relationships broke down, Jen and Ben rekindled their romance at the beginning of 2021 and got engaged for the second time in April this year. And now, Jennifer candidly reveals it’s taken years for her to love herself.

She admits, “It’s been a journey for me to self-love over many years and understanding what that was. I used to have people tell me to love myself when I was in my thirties. I was like, ‘I do love myself’ and then I’d do and pick choices that did not say that.

“It’s like, ‘Why are you doing that? Why are you choosing this or that?’ Or being with these types of people and different things in your life where you feel, ‘I’m not being the best of myself.’ Self-love starts within you, it starts with those little things at home like getting up at the right time, working out consistently, taking care of my skin, hair, body, myself and my mind, my heart. Those things are what really make a difference in the quality of your life.”

Despite having a hugely successful music and acting career in her early thirties, with her album J.Lo debuting at No.1 in the charts and her romcom The Wedding Planner topping the box office in its first week of release in 2001, Jennifer admits she still didn’t have a handle on who she was. But she says life’s ups and downs have helped her trust and love herself more – and she feels fans joined her on that journey.

She says, “When you grow up like I did from my early twenties in the public eye, people grow along with you. They watch you fall down and it’s like, ‘Oh what is she doing? This is going to end badly.’ And then they go, ‘Well, OK, she’s not giving up, maybe I shouldn’t either… she had a rough time in her career that time and now she’s back doing that.”

“At 32, I still felt like such a baby. I passed 30 and still felt like a teenager. At 33, I was like, ‘Oh s**t, I’m 33. That is crazy, I’m a true adult now and I need to get my s**t together!’ Even then, it took me years. I really felt like, ‘I’ve got a handle on who I am.’ The part of the journey that’s so amazing is kind of figuring it out and tearfully crying in your bath tub and staying up all night and going, ‘Why did I do that? What is happening to me? And what’s going on around me? And what am I doing to contribute to this part of my life that doesn’t feel right?’

“That is all part of the beautiful, complicated, messy journey of life that leads you to a place where you can really feel sure about trusting yourself and going, ‘I know I’m going to be OK, I’ve been through all of this and I’m going to be OK.’”

Now, for the first time in her life, Jennifer reveals that she is feeling happy and content.

She says, “You get to a place where you really start to glow. You start to feel no-one knows you better than you, nobody can tell you about yourself because you know exactly who you are and that’s an important thing. All of that goes with the consistency of a routine, self-care and self-love.”