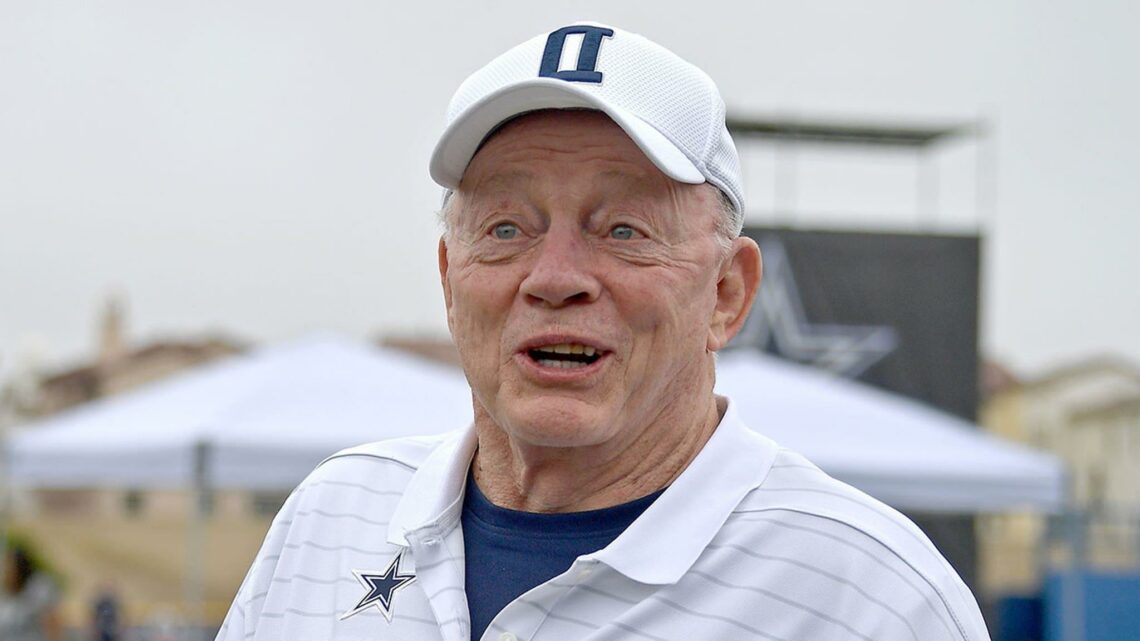 Jerry Jones Says He Could Sell Dallas Cowboys For $10 BILLION

If Jerry Jones for some reason ever got the itch to sell the Dallas Cowboys — he said he could get more than $10 BILLION for the team!!!

Jones made the eyebrow-raising claim to Peter King last Friday … saying he truly believes his franchise is worth that much cash.

But, breathe easy, Cowboys fans … he said a sale will never go down.

“Let me make this very clear,” Jones told King. “I’ll say it definitively. I will never do it. I will never sell the Cowboys. Ever.”

Jones’ comments were spurred by the upcoming sale of the Denver Broncos. The Colorado org. is in the process of getting a new owner — and the price tag that’s been kicked around for the team is $4.5 billion.

Because of the Cowboys’ global popularity, Jones clearly believes his team is worth more than double that figure … and told King that he expects that number to potentially grow even more exponentially over the next few years.

“The NFL, in my mind,” Jones said, “the visibility, the volume, the overall passion, you frankly can’t get it anywhere else. That’s why all these people want a piece of it.”