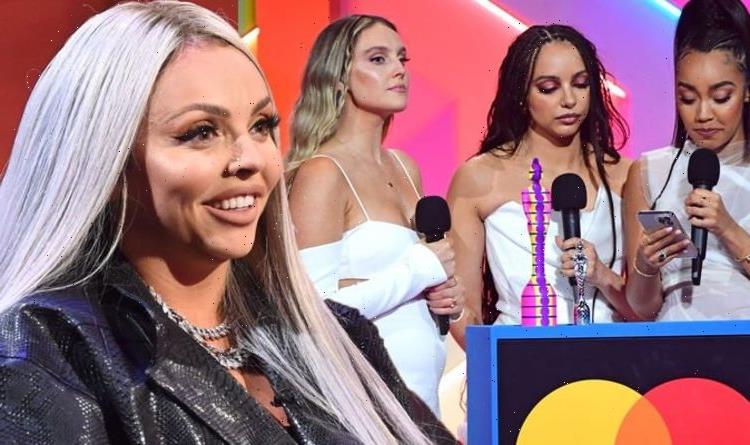 Popstar Jesy Nelson has branded it “sad” that she no longer speaks to her former Little Mix band members, Jade Thirlwall, Perrie Edwards, and Leigh-Anne Pinnock. Speaking about their relationship after she quit the group, the Boyz hitmaker went on to say that she’s open to forging a relationship with them in the future, saying that it “needs to take time”.

We’re not talking any more

Appearing on The Graham Norton Show tonight, the star confirmed that she no longer has a relationship with the three Little Mix stars.

“It is sad but honestly there is no bad blood from my side, and I still love them to pieces and genuinely wish them all the best.”

The star went on to add that she “loved” her time in the hit girl group, before adding that maybe the situation will change over time.

Jesy explained: “I loved my time with them, and we’ve got the most incredible memories together but It’s just one of those things which needs to take time, so who knows.

“To me they are still the ‘sickest’ girl band in the world.”

Last December the star announced her departure from the girl band after nine years together.

Little Mix formed on The X Factor in 2011 and Jesy has since said that her departure was the other members’ decision as much as hers.

Jesy previously opened up about the moment she decided to leave, saying that it came after suffering a panic attack while filming the music video for the band’s hit, Sweet Melody.

The singer said: “I did the music video and had a panic attack, and it was pretty mental that day.

“After the video I just got back in a really dark place and ended up back in hospital.

“That was when my mum said, ‘No more,'” she told The Guardian.

She had previously been admitted to hospital following a suicide attempt in 2013, which was due to abuse she was receiving on social media.

However, following the release of the music video, the star was hit with claims of blackfishing following her appearance.

Jesy’s former Little Mix bandmates then appeared to unfollow her on Instagram.

“I’ve never said that I wasn’t,” she ended her statement.

If you need support or advice, you can contact the Samaritans helpline by calling 116 123.

The helpline is free and open 24 hours a day every day of the year. You can also contact Samaritans by emailing jo@samaritans.org.

The Graham Norton Show is on tonight at 10.35pm on BBC One.

Phil Tufnell breaks silence on being dropped from A Question of Sport: ‘We went!’
Recent Posts