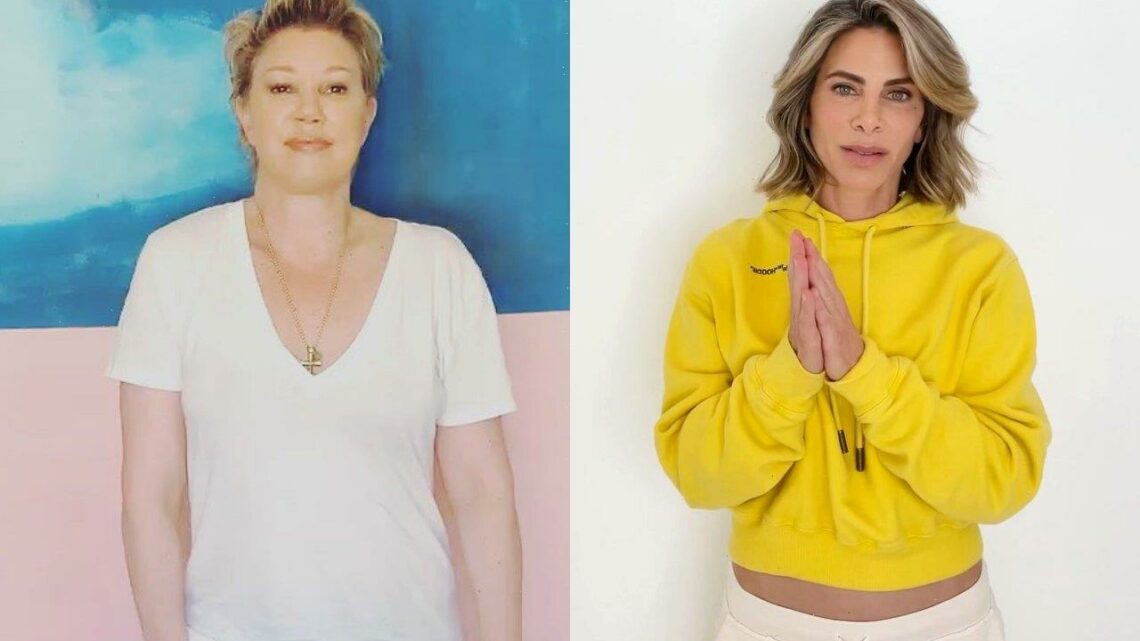 Jillian Michaels Shuts Down Exs Claim That She Spits on People: Lies

Jackie Warner previously claimed in a recent episode of ‘Hot Takes and Deep Dives with Jess Rothschild’ podcast that the ‘Just Jillian’ alum ‘used to spit on people’ when they went out to eat together.

AceShowbiz –Jillian Michaels has reacted to claims by her ex Jackie Warner that she used to “spit on people.” Taking to her Instagram account on Thursday, January 6, the former “Biggest Loser” coach slammed Jackie over the “complete lies.”

A two-minute clip saw Jillian addressing the “complete lies about me that I spit on people in restaurants.” She went on to say, “I can’t believe I’m actually making this video right now considering everything going on in the world that is actually worthy of people’s attention.”

The “Just Jillian” alum later slammed Page Six, which published the allegation, accusing the publication of lying about reaching out to her for a response. “You lie, though, that you reached out to my people for comment, which is completely untrue because the comment would’ve been that your article is untrue,” she claimed. “And I’m pretty sure if I had spit on many people in restaurants, or even one person for that matter, it would’ve already made your paper.”

While Julia admitted to getting “used to this nonsense” because she’s a “public figure,” she told Page Six, “I do believe you have a responsibility to tell the truth. You did not reach out to me. My rep did not not get back to you.”

What upset Julia the most was that the allegations could get to her kids, daughter Lukensia, 11, and son Phoenix, 9. “Yes, my kids know that I don’t spit on people in restaurants, but it certainly isn’t fun for them if they have to go to school and one of their friends says, ‘I heard your mom spits on people in restaurants,’ ” she continued, asking the outlet to “have a modicum of decency.”

“Are you really that hard out for B.S. stories that you would lie to this degree and claim that you reached out to my reps before you printed this story?” she questioned. “You gotta do better, man. You’ve got to do better.”

In the article, Jackie claimed in a recent episode of “Hot Takes & Deep Dives with Jess Rothschild” podcast that Jillian “used to spit on people” when they went out to eat together. “We’d get thrown out of nice restaurants because she was screaming loud, cursing, and I couldn’t take it,” the 53-year-old shared. “I just was not the same. I mean, she used to spit on people.”

“I couldn’t live with her. I couldn’t stand to hear her breathe in bed,” the former “Work Out” star recalled. “I mean, it got so bad when she got on my nerves so much that I could not do day-to-day with her.”

She also shared that their seven-year age gap drove her to the decision to split. “The age difference and her making really bad decisions and quite frankly, her just not being a good girl, she just wasn’t a good girl. And I did bad things, but I’ve always been a good girl,” Jackie elaborated.