Home » Celebrities » Jinger Duggar Bashed By Trolls: We Don’t Even Recognize You Anymore! 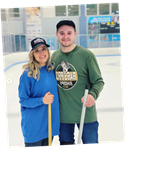 Jinger Duggar Bashed By Trolls: We Don’t Even Recognize You Anymore!

Back in April of 2019, Jinger Duggar moved to Los Angeles.

At the time, the move was a major cause of concern for Jinger’s parents.

In fact, family insiders say Jim Bob and Michelle were so upset that they briefly disowned Jinger.

The fear, it seems, was not the city itself, but the effect that living there might have on Jinger.

And while Jim Bob and Michelle have somewhat softened their stance and have welcomed Jinger back into their lives, insiders say some of their worst fears have come true.

To most of us, Jinger might seem relatively unchanged by her year in SoCal.

But to Jim Bob and Michelle — as obsessed as they are with the Duggar way of life — she’s practically unrecognizable.

For example, Jinger is blonde now.

That may not seem like a very big deal — and objectively, it’s not — but the Duggar women pride themselves on uniformity of appearance.

For them, “modesty” doesn’t just mean covering up; it also means presenting one’s self in such a way as to not attract attention.

Michelle likely considers Jinger’s newly-blonde locks to be a little “coastal elite” for her liking.

On social media, Jinger’s “modern lifestyle” has attracted a constant stream of criticism.

And seems that for many trolls, the photo below was the final straw:

“Enjoyed having my sister @jingervuolo and niece in town this weekend! It was great to get back out on the ice together in a game of Broomball,” Jedidiah Duggar captioned the photo, which appeared on his Instagram page last week.

“You’ve still got it, sis! Come back again soon!”

Jed is running for office these days, which is why his parents have allowed him to start an Instagram account even though he’s not married.

(We probably don’t need to tell you there are some very strange rules in this family.)

It’s also why Jinger is wearing what appears to be a baseball cap promoting her brother’s run for the Arkansas State House of Representatives.

But for most commenters, the focus was not on Jed, or his campaign, or the fact that the pic is strategically cropped to conceal the fact that Jinger probably wore pants for the occasion.

No, what most folks wanted to talk was the change in Jinger’s appearance.

“I almost didn’t recognize jinger as a blonde!” wrote one follower.

“That’s Jinger! Between the blonde hair, the ball cap, sweatshirt and jeans, I didn’t recognize her! Wow, crazy!” a second fan remarked.

“I didn’t recognise Jinger, I thought it was a courtship!!! Lol,” a third commenter chimed in.

Yikes. That joke is a little uncomfortable, given what we know about the Duggar family’s history, but we’ll move on.

This is a common reaction to photos of Jinger these days, and we have to ask:

Is there something we’re just not seeing?

Sure, she has blonde hair now, and she favors a more modern style of dress, but fans act like she went under the knife and came home a completely different person.

We can’t help but think some commenters are projecting what they know about Jinger’s change in lifestyle onto these photos.

We’re sure life in LA has had an effect on her after growing up in rural Arkansas, but relax folks — she’s still a Duggar, deep down.

Jinger Duggar: Shamed By Her Family For Living a “Modern” Lifestyle?Start Gallery