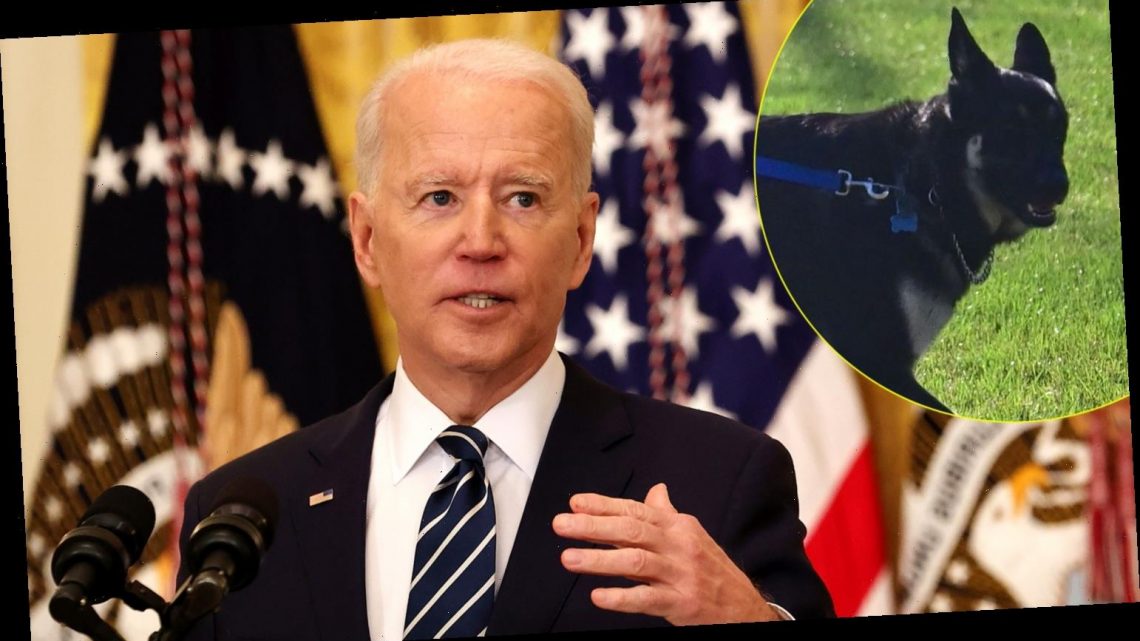 Joe Biden‘s rescue dog Major has returned to the White House and we have new photos of him being walked on the South Lawn!

In case you didn’t see the story a few weeks ago, Major was sent back to the Biden home in Delaware after he reportedly bit a member of White House security.

White House press secretary Jen Psaki revealed in a statement that the Biden family’s dogs were “still getting acclimated and accustomed to their surroundings and new people.”

During the incident, Major was “surprised by an unfamiliar person and reacted in a way that resulted in a minor injury to the individual.” He is the first rescue dog to ever reside in the White House and now has returned after some training, according to TMZ.