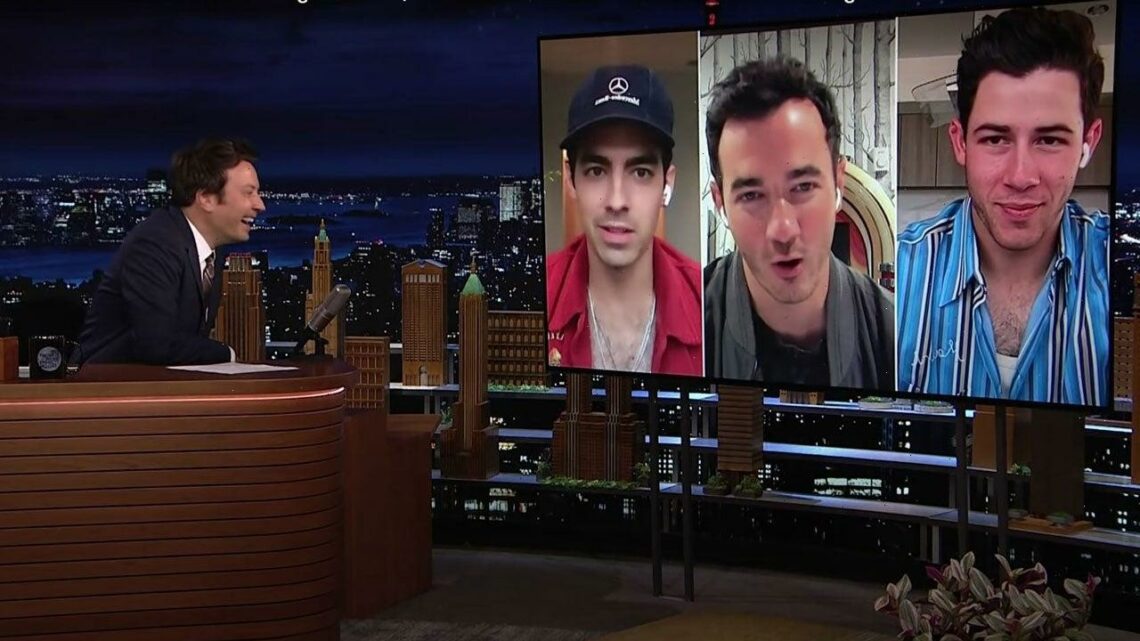 Joe Jonas is ready for a fight! The Jonas Brothers joined Jimmy Fallon on Tuesday’s Tonight Show and jokingly teased a future throw down between themselves and the Hemsworth brothers.

Nick, Joe and Kevin appeared on the show to promote their upcoming NBC special Olympic Dreams Featuring Jonas Brothers, and Fallon touched on their forthcoming memoir, Blood, which he said of course refers to the fact that they are brothers.

“Actually, that’s not the reason,” Joe jokingly chimed in. “We’re gonna take note from all the YouTubers that are having these boxing matches and we’re gonna have a big UFC match.”

“It’s gonna be us versus the Hemsworth brothers,” Joe continued, straight-faced, as his own brothers chuckled and Fallon jokingly panicked. “The Hemsworths haven’t emailed us back yet, but it’s gonna be big.”

“Did you just say it’s gonna be us against Thor?” Kevin asked with a laugh.

“Maybe there’s a couple Hemsworths out there that we don’t know of that you could maybe challenge or something,” Fallon suggested, delicately.

“Ones who are a little bit closer to our height as well,” Joe quipped.

During their chat, the three also opened up about how they’ve been holding up while waiting to go on tour again, and Kevin revealed that his own daughters — Alena, 7, and Valentina, 4 — have come to recognize their dad and uncles as celebrities from their appearance on a famous Disney channel series.

“They see us as the people they saw on Hannah Montana in that one episode we did with her,” Kevin revealed. “They’re completely obsessed with that show now and they think we’re those people. Every day.”

Later in the episode, the Jonas Brothers joined Fallon for a game called “Sing It Like,” in which they have to sing a randomly selected song in a way that is strange and challenging.

Fallon kicks things off by performing Gotye’s “Somebody That I Used to Know,” but singing it “like you just got the rubber bands on your braces tightened.”

Joe ended up performing “Watermelon Sugar,” and singing it like he was also walking across hot coals, while Kevin delivered a cover of “Good 4 U” by Olivia Rodrigo, but like he just got his tongue pierced. Kevin sang “With Arms Wide Open” like he was trying to communicate a secret message with his eyes.

Finally, the boys closed the game out with a group performance of their own hit “Sucker,” as if they were automatons in Cheek E. Cheese’s animatronic band.

The trio’s upcoming special, Olympic Dreams Featuring Jonas Brothers — in which they compete against one another in different Olympic sports — premieres Wednesday, July 21 at 8 p.m. ET/PT on NBC.

NXIVM guru to pay for victims' brand removal as restitution