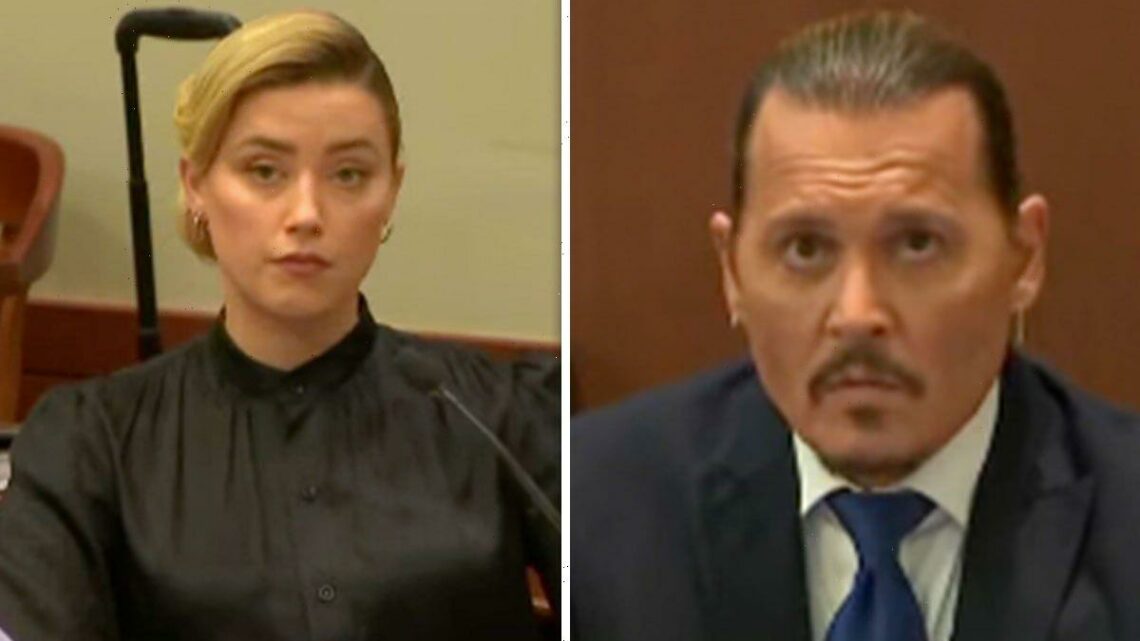 Johnny Depp has accused his ex-wife Amber Heard of “despising” his friend, actor Paul Bettany. On the stand today, Johnny told the court Amber had reduced Paul’s 18-year-old son to tears in a heated row.

“Ms. Heard despised Mr. Bettany mainly because we had become close friends, and he was a threat and would take me away from her,” Johnny told the court.

“With regard to if Paul Bettany was getting the attention from me, that was a showstopper, it would cause all kinds of unpleasantries.”

He continued: “When we were on the island with Mr. Bettany, his wife, and his four children, Ms. Heard and Mr. Bettany got into some debate over lunch.

“I just remember that whenever Mr. Bettany tried to make a point, she would talk over him, and then it started to get quite rude.

“He entered the conversation because [it had] something to do with what he studied in school and he knew quite a lot about it,” Johnny continued to the jury.

“He voiced his opinion and Ms. Heard demeaned that young man to the point where he burst into tears and walked away.

“And it was at that point that I had spoken to Ms. Heard and said, ‘That is just unacceptable, that behaviour is unacceptable, you have no right to demean that boy, you cannot always be right, you should try being wrong sometimes because you could learn something.’

“I thought it would be best if she left the island,” he added, while being questioned in court.

Johnny was cross-examined by Ms Heard’s lawyer Benjamin Rottenborn on Thursday about his friendship with Paul and texts they shared about the actor’s future wife.

He continued: “You didn’t stop. The next text down says ‘Let’s drown her before we burn her!!!’ I read that right?”

Depp confirmed: “Yes,” as the lawyer continued: “I’d like to apologise to the court and the jury for some of the language I’m going to use.”

Reading the next text, Rottenborn said: “I will f**k her burnt corpse afterward to make sure she is dead.”

When Depp confirmed the lawyer had read the text correctly, Rottenborn asked: “You wrote that about the woman who would later become your wife?”

He admitted he was “ashamed” of the language he had used, and said in court that he had been using “dark humour” to deal with a difficult conversation.

Johnny is suing Amber for $50million after writing in the Washington Post that she was a victim of domestic violence.

She did not name him, but he says the public nature of their relationship caused his film career to essentially end.

Amber, who denies any accusations of abuse, has yet to testify in the ongoing defamation trial and is counter suing Johnny for $100million.