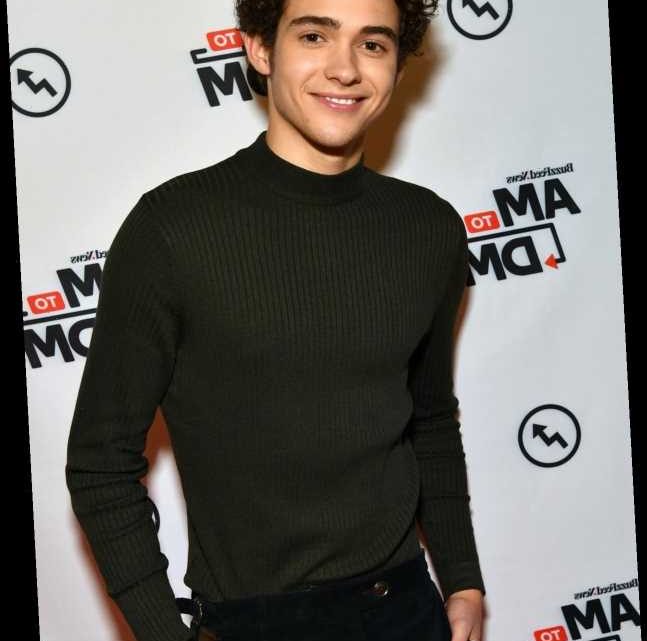 If music is about self-expression, then Joshua Bassett has a lot to say. The 20-year-old singer-songwriter has been showing off his talents in Disney+‘s High School Musical: The Musical: The Series since 2019, and with the release of his debut EP, all eyes are on him. That being said, there are a few things he’d like to clarify. Joshua Bassett revealed what people get wrong about songs based on real life, and he has a point.

First up? Bassett says he had complete creative control in penning the songs on his new album, something that’s not only important to him as an artist, but also made for a self-titled EP that brought his own stories to life. With one listen to the 6-song EP, the personal quality behind it is instantly clear.

"It’s just honest storytelling," he tells Elite Daily about the EP’s overall theme. "It’s a combination of a lot of real truth and also in the form of some stories. I think the songs all speak for themselves. Each song is kind of saying its own thing."

Bassett was thrilled with the outcome of his EP, but there’s one song he’s especially proud of.

"I think ‘Only A Matter of Time’ is really one of my favorite songs I’ve ever made," he says of the track, which was written about the truth coming to light with the passage of time. "It was just a really honest song and it came together in 20 minutes. It was like magic. The song wrote itself. We were just being super open-hearted and honest and vulnerable, and that’s the product we got out of it. Super proud of that one, and I think it’s a big lesson in how important it is to be vulnerable in your songwriting."

It’s not exactly common for young budding Disney stars to command creative control over their music, but for Bassett, there’s no other way.

"I love music. Music is so important to me. It would be pretty much impossible for me to just sit back and be like ‘Yeah, do whatever you want,’" Bassett says. "Even when I’m recording for my show, there [are] times I’ve made suggestions." He’s just being modest, though, leaving out the fact he made a major contribution to HSMTMTS by teaming up with co-star Olivia Rodrigo to write "Just For A Moment," an original song that became an instant fan-favorite.

"Obviously you see these other elements you can add to it to elevate it or what not, but I think ultimately music is so personal to me, it only makes sense the process would be very personal," he says. "I think I’m just so hands-on with that stuff, and I think that’s the stuff that people love, is when they feel like it’s handmade."

Speaking of personal songs and Rodrigo, fans have theorized a lot about Bassett’s personal life in recent months because of her similar approach to songwriting. Her Jan. 8 single "drivers license" is about the end of a whirlwind romance and to fans, the lyrics seemed pretty pointed — at Bassett. When it comes to responding to internet chatter, he’d rather let the music speak for itself.

"It’s interesting just to watch people make assumptions, and I understand why they would, but not everything is something to be read into, and I think that sometimes you just have to let the art be and not inject yourself into something you don’t know anything about," Bassett says.

The drama that surrounded his rumored relationship history with Rodrigo is the elephant in the room. Following the release of "drivers license," both of their music careers took on a new, viral appeal. It’s something Bassett doesn’t seem to mind talking about, though he subtly hints the saga may have been blown out of proportion.

"I think it’s interesting… and Miley Cyrus said this when she was writing her album, which was, sometimes she writes a song, and in that moment, it’s very real to her, but then a week later, well, she just felt that way in that moment," he says. "A lot of times people will get angry in the moment, they’ll lash out and do something, and later they’re like, ‘Oh, I didn’t really mean that.’ The difference with art is that it lasts longer."

It remains to be seen whether Rodrigo’s song was actually penned about Bassett seeing as she kept it pretty coy in her response to speculation about their romance. So far, neither star seems too caught up in the narrative that surrounds them.

"A lot of times people will make stories out of songs that maybe they meant for just a moment and someone was able to capture it in a song," Bassett says. "It doesn’t mean it’s a forever feeling." One thing’s certain: Bassett is keeping his music’s momentum going. A new season of High School Musical: The Musical: The Series arrives in May — and Bassett hopes to soon release his much-anticipated song with Sabrina Carpenter (which Bassett hopes will be released in due time!) — meaning fans can expect much more from the budding star. With his debut EP as a strong start, it’s just the beginning.