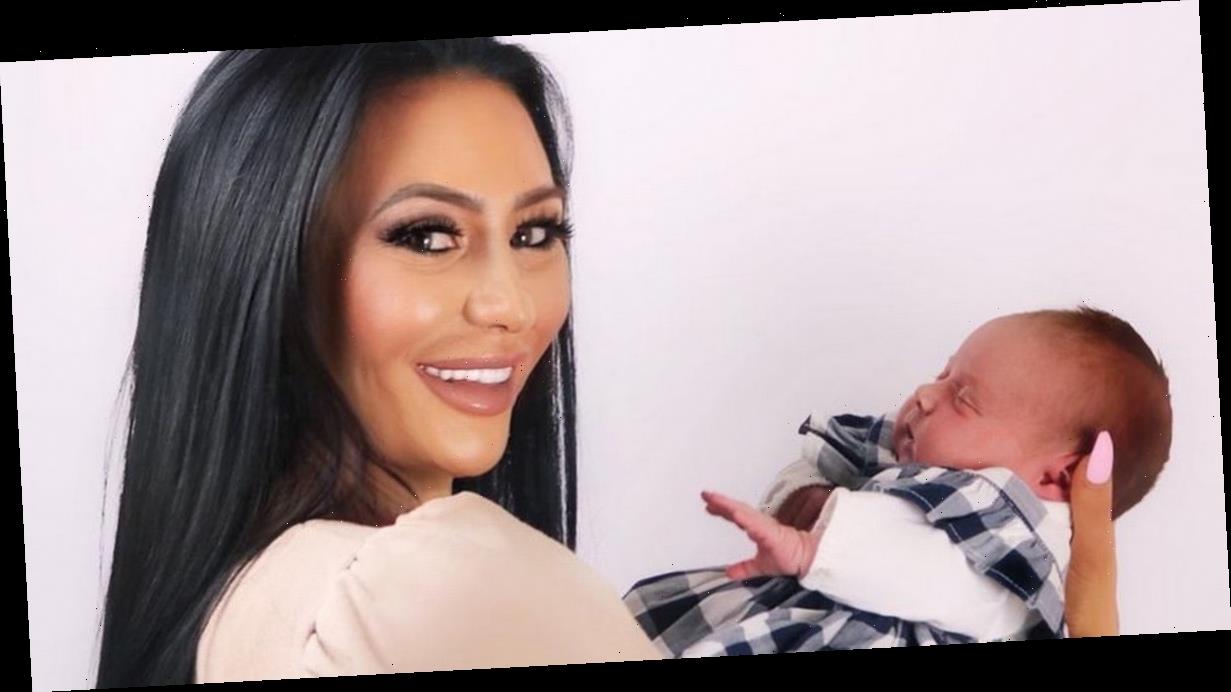 Josie Cunningham has proudly announced that she's having sex with her baby daughter's half-brother.

The controversial Leeds-born model, 30, has embarked on a sexual relationship with a man she thought of as her step-son not that long ago.

Mirror Online can reveal that Josie, who rose to notoriety in 2009 when she got a boob job on the NHS, is now dating the man, who is the son of her ex-fiancé, the father of her youngest child.

We have chosen not to name him.

Josie, who welcomed baby Destiny, her fifth child, in October, got close to her step-son after her relationship with her baby's father began to fall apart.

And things moved so quickly that Josie says she and her new lover were in bed ripping each other's clothes off just days after she had given birth.

Josie exclusively told us: "I’m not proud of sleeping with my step-son, but he is hot and proud of bagging a thicker.

Josie began dating Destiny's father back in April 2018 after they met on an online dating app and hit it off.

She said: "He messaged me first and had no idea about some of the scandal I had caused in the past, it was really nice to be able to have a conversation with someone without them judging me or quizzing me about some decisions I’ve made in my life."

Josie has caused a lot of outrage in the past.

Speaking about her now-ex, Josie added: "He took me out for a meal and really spoilt me. It's the first time in years someone has paid the bill for me and I was really smitten with him.

"It was a whirlwind romance, we spent every day together and within 10 days he got down on one knee and proposed to me. I know it sounds stupid, but I felt like I had met my soulmate.

"A year after meeting I fell pregnant and was ecstatic, it really felt like a had the fairytale."

During their relationship, Josie also learned that her baby's dad had a son, who he had raised since the age of five.

While he wasn't the biological father, they always had a very close relationship and the son called him "dad".

Josie said: "On our first date he mentioned that he had a son that he had raised from the age of five.

"At the time I remember thinking how nice it was that a man had raised someone else’s child and had referred to him as Dad throughout his life. I was really excited about meeting such a good guy.

"After numerous conversations, I had heard about his son, and it wasn't until he mentioned that he was a personal trainer that I started to look him up on social media."

And Josie liked what she saw.

She gushed: "He was gorgeous, muscly and bulging in all the right areas. We became friends on social media and I joked about how I was his new step-mum."

Josie, who was once dubbed Britain's most hated woman, says that just before her baby was born, her relationship with the father – her fiancé – began to fall apart.

She said: "Just before giving birth to Destiny my relationship started to break down and I couldn't help think about my step-son.

"It felt a bit weird thinking that. In essence, this was my newborn baby's half-brother but with there being no blood link I didn't see the problem.

"We started talking online, and then I invited him over.

"I hadn't had sex in months due to being pregnant but within days of giving birth I found myself under the sheets and us ripping each other's clothes off."

Defending her new romance, Josie added: "Yes, in essence I've had sex with my baby's half-brother, but I'm not blood related to him so I don't really care what people think.

"The son is so much better. Admittedly a lot of his good traits he would have learned from his dad but he is naturally more gifted.

"I'm so excited about the future, I'm not quite sure how our relationship will develop, you never know – but regardless of whether there is complications between the three of us adults, all my child will experience is love.

"People may think negatively about me, but a step-mum and step-son is most people's fantasy – I just get to live it out in real life."