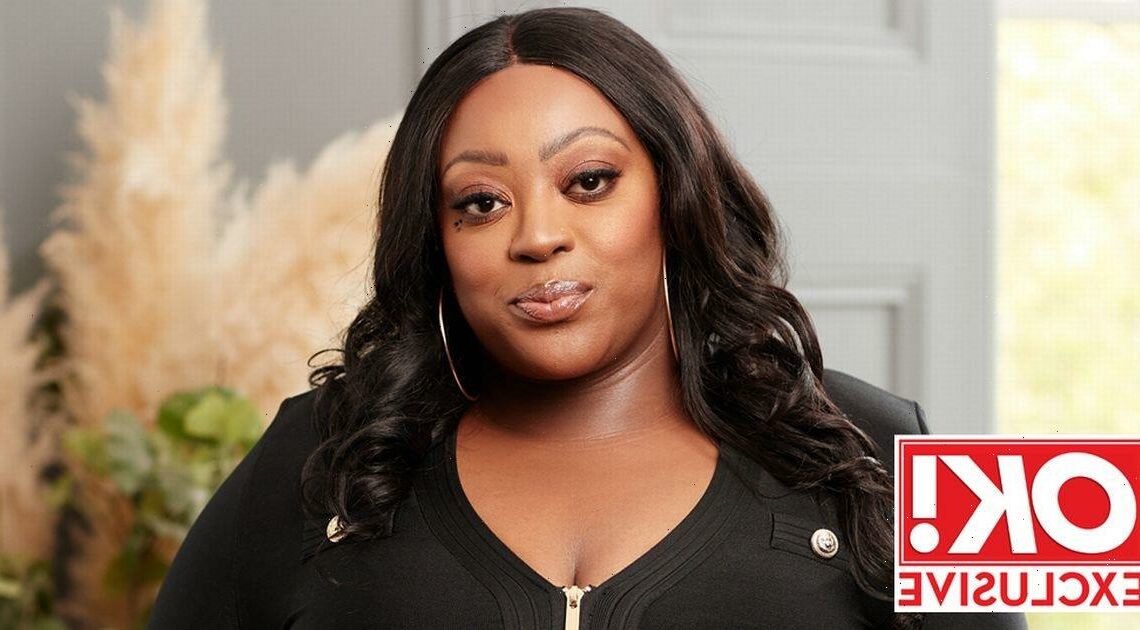 Judi Love has spoken out about Justin Bieber's recent facial paralysis diagnosis and encouraged the public to be more understanding of his reasons for cancelling some of his recent tour dates.

Writing in her OK! column, Judi also commends her friend and fellow comedy star Tameka Empson for her Best Comedy Performance award, gives her verdict on Lizzo's lyrical controversy, hits out at the UK government for their lack of response to the refugee crisis and expresses her disappointment at the press's focus on Rebel Wilson's recent 'coming out'. Sign up – for free – to read Judi's full column!

Congrats of a deserved accolade, Tameka!

Last week, my fellow funnywoman Tameka Empson was awarded Best Comedy Performance at the 2022 British Soap Awards. I’m so proud of all of her achievements.

She has contributed so much since joining EastEnders in 2009 and really brought the character of Kim Fox to life, quickly making her one of Albert Square’s favourites.

Knowing her personally, I can tell you she is every bit as joyful off screen as on. Well done, queen!

Thinking of you, Justin Last week, Justin Bieber bravely opened up about his recent Ramsay Hunt syndrome diagnosis, which has left one side of his face paralysed.

Sadly, there is an unrealistic pressure placed upon performers in the spotlight sometimes.

Justin seems to have felt obligated to update fans on his health because they were frustrated he cancelled parts of his tour.

The world needs to be more understanding about the need to put wellbeing before work. I wish Justin all the best in his recovery.

Be aware of language As a huge fan of Lizzo, I was initially shocked to hear that she had used a derogatory ableist term in her new song, GRRRLS.

Although it appears she was unaware of the insulting meaning behind the word she used, Lizzo has since released a statement of apology saying she did not mean to hurt anybody – and has even gone so far as to change the lyrics.

This situation has opened up the discussion on how aware we need to be of the language we use.

A responsibility to refugees Despite the first deportation flight to Rwanda thankfully being cancelled last week after the European Court of Human Rights intervened, I’m still concerned.

If we don’t want any more people putting their lives at risk by travelling here illegally, we need to guarantee another means of support that doesn’t involve shipping them off to Rwanda.

The UK people’s response to Ukrainian refugees has been a success due to the emphasis on care – why couldn’t this have been the case for refugees from Syria or Afghanistan?

There needs to be another means of supporting refugees from non-white majority countries, because passing the duty of care over to Rwanda is not a good enough response.

Mind your own business Rebel Wilson recently opened up about feeling forced to “come out” with her new girlfriend, Ramona Agruma.

Although I’m pleased to see that Rebel’s fans have received her news with positivity and acceptance, I’m shocked by how much emphasis the world has placed on Rebel’s sexuality.

Focusing so heavily on this could make someone in the LGBTQ+ community who is perhaps also enjoying the beginnings of their first same-sex relationship feel as though they can’t be private about it. I hope Rebel’s coping OK.

Stay up to date with all the latest on Judi Love by signing up to OK!'s daily celebrity newsletter.

What is polio? Causes and symptoms | The Sun