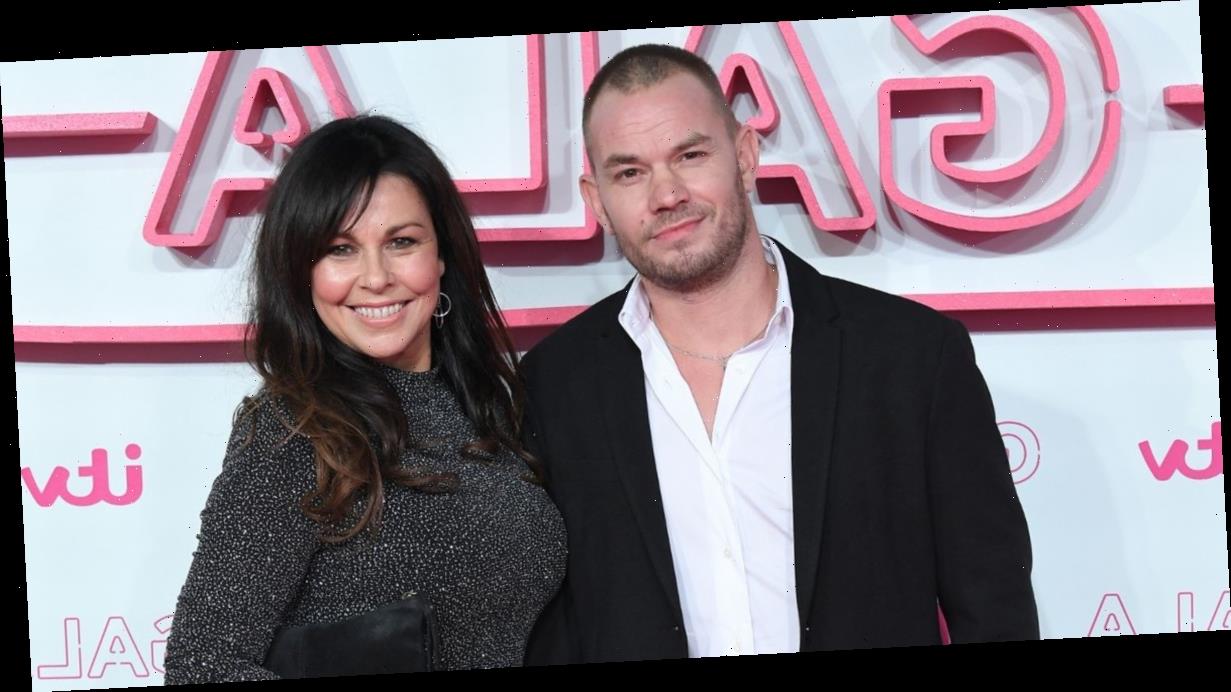 ‘I was naked, but so was she, everybody was, I did find it a bit weird. There’s kind of nowhere to hide.’

Actress Julie Graham laughs as she answers our question about the strangest place she’s ever been approached by a fan, which turns out to be at a women-only spa in London.

Of course after 35 years on TV, with her best-known credits including At Home With The Braithwaites, William And Mary, and Benidorm, the 54-year-old Scottish actress is used to being recognised.

In a smart hotel suite, fully dressed, Julie is happy and chatty, but light moments are few and far between in the plot of her latest drama.

Channel 5’s three-part thriller Penance casts her as Rosalie, who lives every parent’s nightmare when police arrive one night to tell her and husband Luke (Neil Morrissey) that their son Rob has drowned while travelling in Thailand.

Along with daughter Maddie, Rosalie visits a bereavement group, where they meet Jed (Nico Mirallegro). But as Jed gets closer to the family, he threatens to tear them apart.

Julie’s no stranger to mourning, as her mother died when she was 18 and her ex-husband, actor Joseph Bennett, killed himself in 2015.

And the story took her back to the sudden death of her best friend, actress Clare Cathcart – who appeared in New Tricks and Call the Midwife – from a severe asthma attack in 2014.

‘With my best friend it was so shocking,’ recalls Julie. ‘That’s what I drew on most, the shock. I remember that very vividly.’

On top of processing her own feelings, Julie had to help daughters Edie, now 16, and Cyd, now 14, come to terms with their loss. Yet when we meet, life couldn’t be sweeter for Julie.

The work keeps coming, and she’s about to film another series of the hit drama Shetland.

Plus she’s enjoying married life, having surprised herself by getting hitched last October to Belgian Davy Croket, 38, a skydiving instructor she met while filming Benidorm. She spills the beans…

There’s a heart-stopping moment at the start of Penance, when Rosalie sees the police uniforms through the front door…

Oh I know, it actually makes the hairs on the back of my neck stand up thinking about it. The police came the other day for some random thing, to do with a neighbour.

And as I opened the door I could just feel the blood draining from my face. They now go, ‘Everything’s fine!’ Because they know… poor them, knocking on people’s doors.

Did working on Penance lead to more conversations between you and your daughters about the loss of their dad?

We’ve always been very open as a family, we’ve always talked about his death and Clare’s death and my cousin, who died in the same year.

That conversation is an ongoing one, so it’s not something that I feel I always have to specifically bring up because it’s part of our life and I kind of take my lead from them.

With teenagers – with any child actually – you can’t sit them down and say, ‘We need to talk.’ Children will open up when they need to, as long as you are open and available for them.

Did you research for the role?

I did go to a bereavement counselling session and there were a couple of people who had lost children – and it’s such a singular grief.

It’s almost tangible, in a way that other grief isn’t. It’s all-consuming. I think it really changes you, profoundly.

Did the girls enjoy your recent appearance in Doctor Who ?

When they were younger, they were saying, ‘When are you going to be in Doctor Who? And I said, ‘Well you have to kind of wait to be asked…’

But now they are over that. Still, Edie’s best friend Bobby is a huge Doctor Who fan so he was impressed enough for everyone!

How’s it going as you prepare for the dreaded GCSEs?

Edie is pretty conscientious, I don’t really have to get on at her about it. But the day she turned 16 there was an attitude change! I think at one point I did say when she was being particularly stroppy, ‘You know when you are 16 you can legally live on your own?’

And I did threaten to take her bedroom door off the hinge if she slammed it one more time. But on the whole the teenager thing has been OK.

Meanwhile Cyd is into skateboarding and Xbox and she’s a drummer. They couldn’t be more different, they are like chalk and cheese. I think she’d really like to be a rock star. Not do any specific work, just be a rock star.

And now of course there’s another dynamic to your set-up, as in October you surprised yourself by marrying Davy…

It was a really nice thing to do, to stand up in front of people and say, ‘We’re making a commitment to each other.’

It was a lovely, really low-key affair. All my closest friends were there, and we all went to the pub afterwards and had lunch. It was great, the perfect way to do it.

I bet you didn’t expect to find a husband when you landed the role of Sheron in Benidorm!

I know. I wasn’t looking for it, that’s for sure. I was not open to it at all. My priorities were very much my kids and work – and Davy just happened to be there. It was just good timing, for once in my life!

But step-parenting isn’t a walk in the park, is it?

Oh God, yeah. It’s not an easy situation, it’s certainly not harmonious all the time. It’s difficult for the kids, for me and Davy. But we’ve managed it. They adore him, which helps. And he doesn’t try and be their dad, he’s just Davy.

But he puts his foot down, he’s probably more strict with them than I am. But then they’ll take it from him and not from me!

You starred with Anna Maxwell Martin in The Bletchley Circle. Did you watch her show Motherland, and did it strike a chord?

Yes! I rang up Anna and said, ‘Get Sharon Horgan to get me in that show!’ I remember Edie’s first day at primary school, somebody came bounding up to me. I was nearly 40 when I had my first child and I thought, ‘I don’t need any more friends.’

But then I realised, I have to make friends with people so she’s got friends. Play dates… that whole minefield. So I told myself, ‘Make an effort Julie, don’t be anti-social.’

She said, ‘We’re having a cake sale on Friday, everybody’s baking, would you like to put your name down?’ And I said, ‘I’m just going to stop you right there. I don’t bake. I don’t make cakes. But I buy them.’

I think she was kind of horrified and never came near me again for the whole of the school year.

Do you find any time to exercise?

I love yoga and have done it for a long time. I used to go to Pilates regularly in my 40s, but then my teacher moved to India, and I couldn’t be bothered finding another one.

But YouTube channels are great, you don’t need to go to classes. I’ve been trying to meditate too, but I can’t really get on with it. And I swim, but not in the sea. Maybe in the Caribbean or in the south of France if it’s really hot, but definitely not in Brighton.

What’s the worst job you’ve ever had?

I did work with a director who was a complete a***. But my worst was probably working in a greengrocers, a Saturday job. I was given the unenviable job of cleaning out the onion bins…

You’ve talked about the frustrations of being an actress past 40. Have you also been tackling the challenges of the menopause?

Yes, but I take HRT and it’s brilliant. I suffered badly for about six months, and then I thought ‘F*** this!’ A friend who’d been through it said, ‘You need to go and see your GP.’ I got tablets that day and within two weeks I felt normal again.

I didn’t get the hot thing, it was lack of sleep that got to me more than anything. Being irrationally emotional. The rage. I mean, I’m quite shouty. I’m not a screamer but I can lose my s*** at my kids, like anyone.

The slightest thing would send me into a rage. And I do remember my daughter one day saying, ‘Mum, what’s wrong?’ It was like I was a different person. But since I’ve taken it… oh! I would highly recommend it! 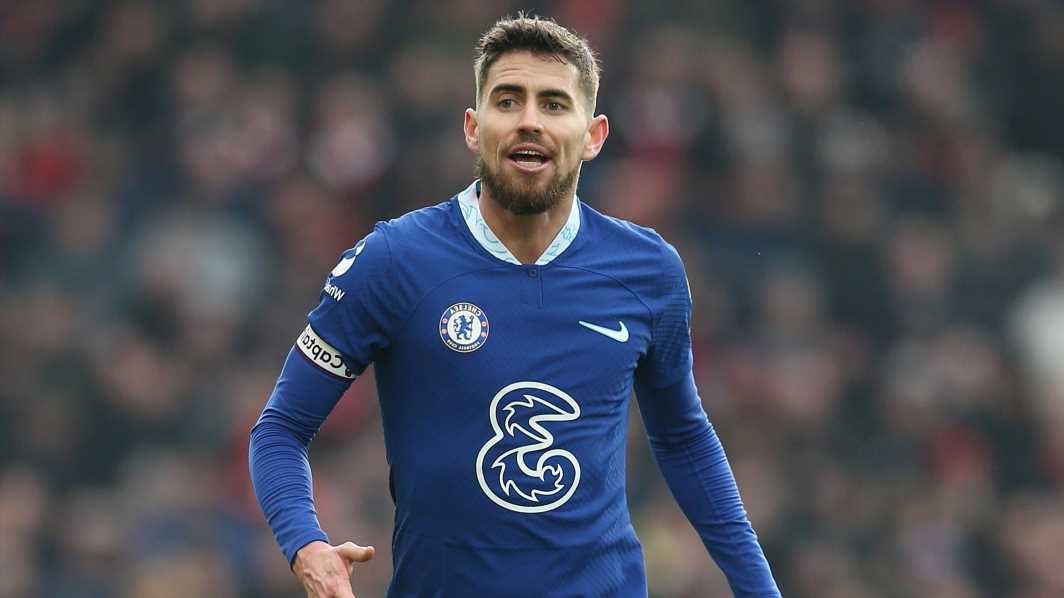