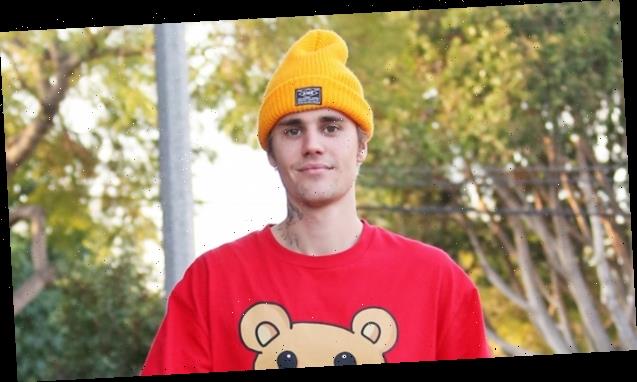 Justin Bieber shared his gratitude on Instagram after ‘somebody found our baby,’ his and wife Hailey Baldwin’s cat, Sushi, after the adorable little feline had been missing for a whole month!

Justin Bieber could not have been happier that his sweet cat with wife Hailey Baldwin was finally brought home safely. The “Yummy” singer, 26, took to Instagram to share his overwhelming happiness with his nearly 130 million followers on March 6. The photos, featuring Sushi, showed the kitty cat slightly skinnier than the average feline, but still looking relatively perky and as curious as ever. The carousel post featured Sushi walking in front of Justin, and then sitting peacefully on the kitchen counter. But while the photos of the feline were truly endearing, Justin’s message pulled the whisker-like heartstrings of his fans.

“Almost a month ago, my pal sushi decided to run away,” Justin began the caption to his post. “after weeks passing by Hailey and [I] began to lose hope that our baby was gone.” Fortunately, not all hope was lost for the singer and his model wife, 23. “yesterday we got a call that somebody found our baby.. it had made it Miles and miles away!” Although Justin noted that his precious cat looked “extremely skinny and has a very sad meow,” he was truly overjoyed that “he is home now safe and sound! Thank you god for protecting him!”

Justin and Hailey were clearly so elated to finally have their little guy back. The couple will more than likely keep an eye on him in the future, as they set in motion plans for their lives as a married couple. Already, Justin and Hailey seem to have an idea on the kind of family they want to have. But the “Sorry” singer is leaving a number of decisions to his stunning wife. While filming the segment “Burning Questions” with Ellen DeGeneres on her daytime talk show, Justin revealed how many kids he’d like to have with his wife — sort of.

Almost a month ago, my pal sushi decided to run away, after weeks passing by Hailey and began to lose hope that our baby was gone 🙁 yesterday we got a call that somebody found our baby.. it had made it Miles and miles away! He looks extremely skinny and has a very sad miow, he is home now safe and sound! Thank you god for protecting him!

Justin didn’t actually give a numeral answer. Instead, he told the Ellen host, “I think it’s up to Hailey because it’s her body.” We’re here for this answer! Until the couple decides to really plan for their own little ones, they have a lot of time to practice by pampering, taking care of, and giving as much affection as possible to their prodigal cat: Sushi!