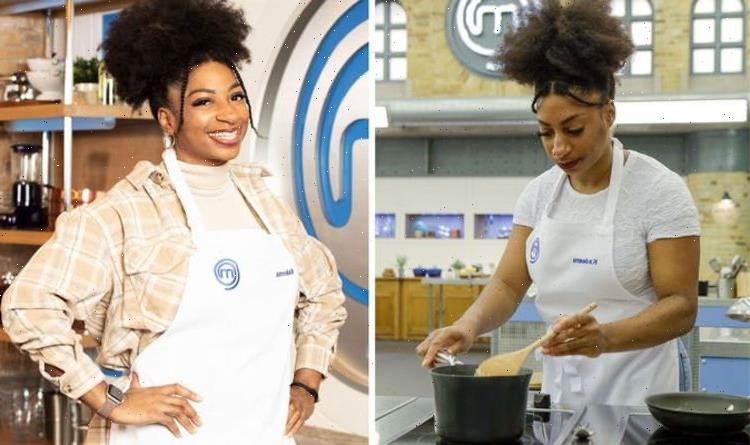 Kadeena Cox has said that taking part in the TV show Celebrity MasterChef gave her an adrenaline rush similar to when she competes. The Paralympian athlete, who won gold in the women’s C4-5 500m time trial on day three of the 2020 games, recalled a moment that made her heart pound when she filmed scenes for the BBC cookery show.

When asked if presenting her completed dishes to judges Gregg Wallace and John Torode gave her the same adrenaline burst as competing, she said: “I got more adrenaline on MasterChef!

“Your heart is pounding out of your chest,” she added, during a chat with Radio Times.

“I thought I’d done a good job but was then shot down.

“If you’re not judged first and you’re awaiting your turn, it’s not fun,” she went on to explain.

Kadeena, who cooks quite a lot in the comfort of her own home, went on to talk about a disaster she faced in the MasterChef kitchen.

The 30-year-old revealed that she was unable to serve one particular dish that she had attempted to make.

A custard-based dessert failed after turning into scrambled eggs on three occasions.

The sports star said it was one of the hardest TV shows that she had ever taken part in but she had learnt a lot in the process.

While recording the show and practising her dishes, Kadeena, who has multiple sclerosis, was in training for the Paralympic Games.

Last week, all of her hard work paid off as she collected the prestigious gold medal on the podium.

Taking to Instagram, Kadeena thanked the team around her for their continued support throughout her training.

Alongside a picture of herself and her medal, she wrote: “Can’t quite believe I managed to pull together the race I wanted.

“Me and my coach @bottomsprocket worked so hard the last year to get to this point and it came together.

“Team work makes the dream work and I have one big but amazing support team & @katieflatters has been a superstar physio the last few years this medal means as much to them as it does me!

“Overwhelmed with the support, so much love for each and every one of you. When you trust in God, all things are possible,” she signed off.

The following day the cyclist returned to the picture-sharing site after scooping another medal in the Mixed C1-5 750m Team Sprint event.

“Can’t even explain how unreal it all feels.

“The blood, sweat and tears that has gone into this from me and my whole team who I’m so thankful for,” Kadeena continued.

The Team GB star will be taking part in another event later this week.

“It’s time to get back out on the athletics track,” she added.

Celebrity MasterChef 2021 continues tonight at 9pm on BBC One.

Now That Zendaya and Tom Holland Are Finally Dating, Let's Look Back at How They Got Here
Recent Posts