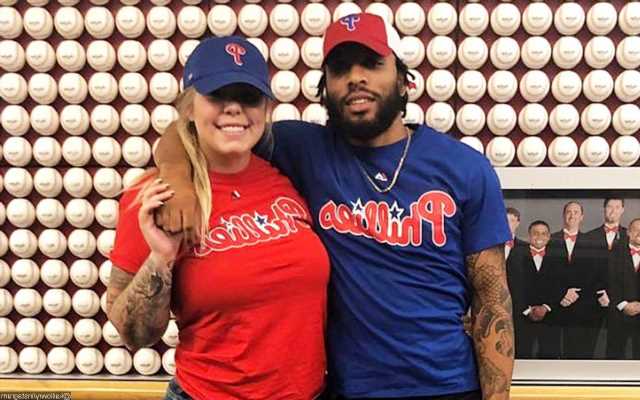 Some Twitter users slam the ‘Teen Mom 2’ star as they question why Kailyn never invites her exes, Chris Lopez and Javi Marroquin, to her ‘Coffee Convos’ podcast to actually talk out their issues.

AceShowbiz –Kailyn Lowry is clearing the air. As some people asked her why she never invites her exes, Chris Lopez and Javi Marroquin to her “Coffee Convos” podcast to actually talk out their issues, the “Teen Mom 2” star revealed on Wednesday, June 2 that she actually did invite both of them to her podcast.

In response to the Twitter backlash, Kailyn said in a video on her Instagram Story, “I wanted to clear the air really quickly.” She reminded her fans, “Javi has been on Coffee Convos not once but twice.”

As for Chris, with whom she shares a son named Lux, Kailyn explained, “And Chris and I actually recorded an episode with [Kailyn’s co-host] Lindsie [Chrisley] for ‘Coffee Convos’. Unfortunately, he mumbled his way through it and so we were unable to air that episode. So I just wanted to say that and know what you’re talking about before you talk s**t.”

Back in May, Kailyn and Chris, who didn’t have the best relationship with each other following their split, argued online after it was rumored that Chris would be featured in season 11 of “Teen Mom 2” despite him making it clear that he didn’t want to. After Chris shared his discomfort with the matter, Kailyn ranted on social media as she claimed that Chris wasn’t “really trying to stay out of the public eye.”

In response to that, Chris said in one episode of his “P.T.S.D” podcast, “We were doing good up until this weekend. We were doing wonderful. Just a bunch of nonsense.” He continued, “Next thing you know we got a whole 10-slide… shots thrown at me. Y’all start drama because your show coming out. It’s so corny…People ain’t gonna talk about how we were just getting along. Because it don’t go with their story.”