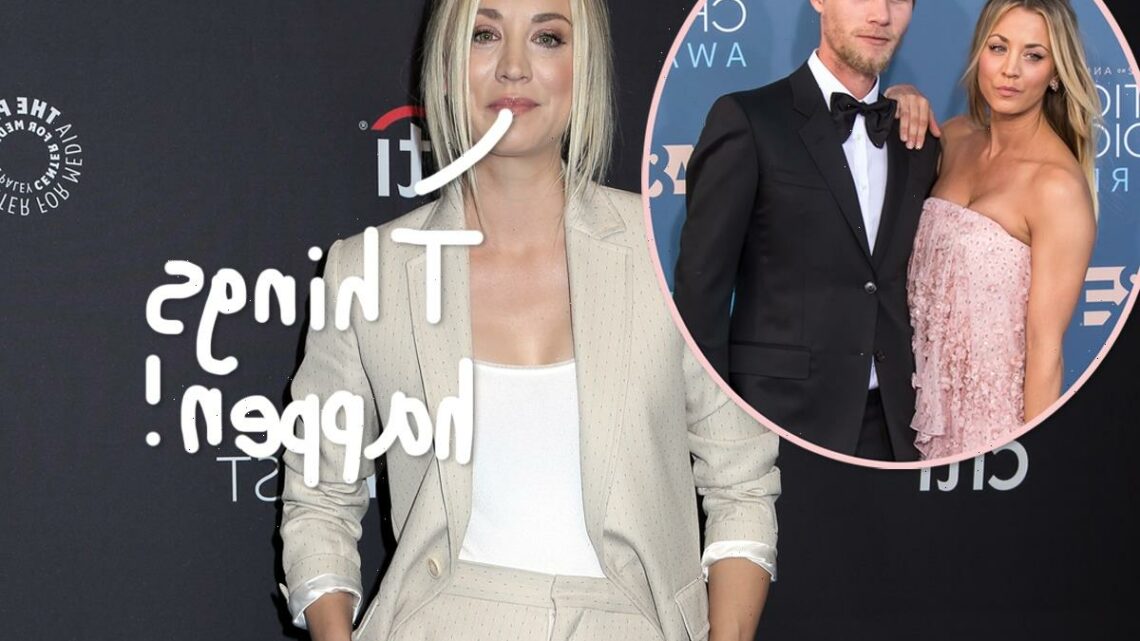 Sometimes absence does not make the heart grow fonder…

In case you missed it, Kaley Cuoco and Karl Cook shook everyone last week by announcing their decision to divorce in a joint statement issued to People.  The former couple began dating back in 2016 and were engaged a year later — then got hitched in 2018 in an intimate ceremony. However, after three years of marriage, their life paths ultimately went in “opposite directions” per the statement:

“We have both shared so much of our journey publicly, so while we would prefer to keep this aspect of our personal life private, we wanted to be forthcoming in our truth together. There is no anger or animosity, quite the contrary. We have made this decision together through an immense amount of respect and consideration for one another and request that you do the same in understanding that we will not be sharing any additional details or commenting further.”

As we mentioned before, the announcement came as quite a surprise to fans and friends — especially since the pair expressed their love for one another on social media for their wedding anniversary just a couple of months ago. Over the weekend, sources even told the publication that the breakup had been “very sudden” and “pretty shocking” amongst those in their inner circle, explaining:

“In the beginning of the summer, Kaley seemed very happy with Karl. They were affectionate and seemed great.”

That obviously led to the question: what could have happened between them in such a short amount of time???

Well, according to a source speaking to People, it wasn’t all that sudden at all! The insider claimed the 35-year-old actress and her equestrian husband “haven’t spent that much time together recently” before adding:

“She has a big career and puts that first in her life. It’s basically a growing apart and each pursuing separate interests.”

That certainly doesn’t sound like something that happened in two months. The source continued:

“She has a lot going on in her career now and loves her work. Their relationship is just following different paths. A marriage doesn’t work if you rarely see the other one.”

That’s true. But of course, Kaley always had a lot going on.

From The Big Bang Theory to Harley Quinn to the critically acclaimed The Flight Attendant. She’s a successful Hollywood actress. That’s been true their entire relationship.

Meanwhile, Cook has reportedly been focused on his career as an equestrian and was even away last winter from the pair’s home in El Lay to ride in Florida. Another source noted to the publication of his career:

“Karl is a lifelong equestrian with a thorough love of horses. His jumping career has picked up recently, and he did well over the summer.”

It makes sense why they haven’t spent some quality time together over the year, but that has also been the case in their “unconventional” relationship for a long time. We mean, Kaley even admitted to having no problem living apart from Cook during their marriage, and it wasn’t until COVID-19 happened that they even moved under the same roof together!

So you would think that being away from each other would be easy for the twosome. Maybe the charm eventually wore off. Orrrr perhaps a certain co-star got in-between them?!

The work she’s been focusing on most recently is the romantic comedy Meet Cute opposite Pete Davidson. There have been some whispers of a potentially budding romance between the co-stars. So who knows!

But what do YOU think happened between them, Perezcious readers? Let us know in the comments (below)!