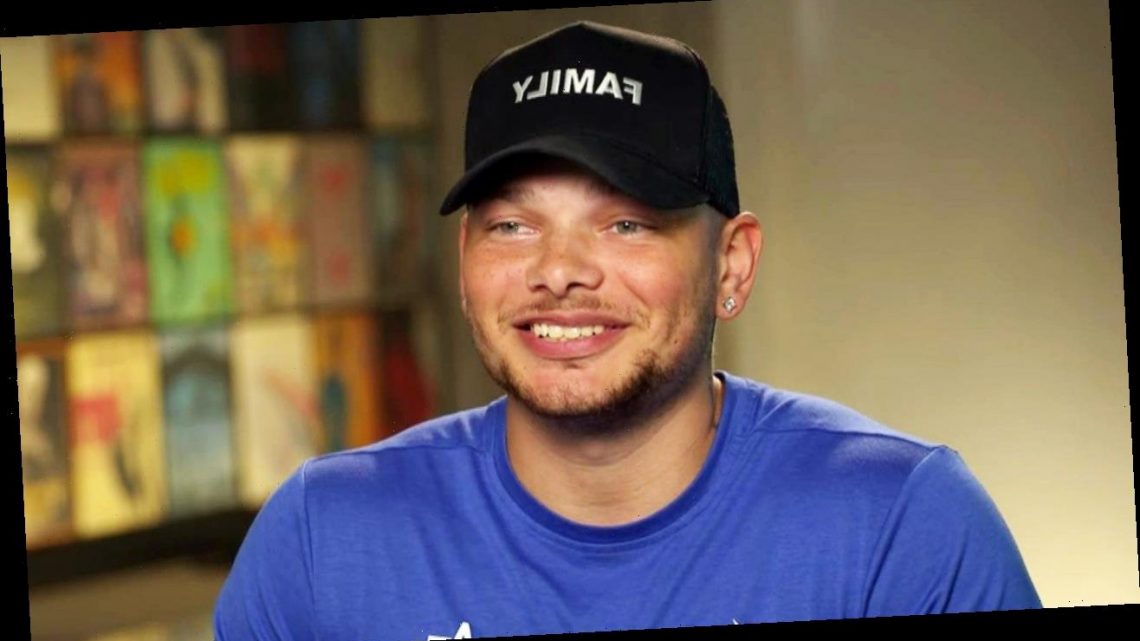 Kane Brown is hitting the road. The singer announced on Thursday that he’ll be kicking off his Blessed & Free Tour on Oct. 1 — and making history when he does. The 27-year-old country crooner will stop in 35 North American cities with stops at all 29 NBA basketball arenas, making him the first-ever country artist to do so in a single, headlining tour.

Brown, who tells ET’s Rachel Smith that his love for basketball makes getting back on the road especially exciting, says that he’s ready to give his fans something to anticipate — once he gets used to getting back to a routine of waking up and going to sleep on time.

“I’m excited to just switch it up, give the fans to look forward to something, and just get back out there,” he explains. And he’s definitely looking forward to visiting all those arenas, including New York City’s Madison Square Garden and Brooklyn’s Barclays Center. “I’m trying to make it a thing where I play at least one person from each team,” he reveals. “I just want to see the talent level.”

Smith notes that Brown’s last concert was at The Staples Center in Los Angeles, which is also one of the singer’s stops on the Blessed & Free Tour. She inquires about Brown’s “full-circle moment” returning to the venue.

“It will be cool because, when we hit Staples, we were not on our big tour yet, so we had a smaller production. So, it will be cool to come back, not be as nervous as I was and just bring a bigger show than I did last time,” Brown says. The “bigger show” will include Restless Road — who Brown signed to his label, 1021 Entertainment — as the opening act for the entirety of the tour, with special guests Jordan Davis, for all the 2021 tour dates, and Chase Rice in 2022.

Brown describes his tourmates as “just fun to be around,” pointing out that he toured with Davis closer to the beginning of his career, and “it’ll be cool to have him back out.” Brown also has a history with Rice, explaining that he opened for the singer before.

“I actually opened for him when I first started and did a show in North Carolina, and we did a few shows here and there, but it is the first time [we] have gone on tour together,” he says. “But he brings a lot of energy, he is super rock when it comes to the shows, so I like that.”

Fans can get a sneak peek at what Brown will bring to the tour with his performance during the ACM Awards on Sunday, Apr. 18. Not only will Brown be performing “Famous Friends” with Chris Young at the ACMs, but he’s also nominated for two awards!

The singer tells Smith his upcoming performance with Young will be another full-circle moment for him because he grew up listening to the RCA Nashville recording artist. In fact, Chris Young was the first concert Brown went to. “This is my first time singing with Chris actually on stage,” he adds. “We’ve had songs before but never sang them on stage together — so the ACM stage will get the debut!”

There’s another reason to be excited about the upcoming award show, Smith points out since Brown’s nomination for Album of the Year could make him the first Black country artist to win in that category. Brown admits he didn’t know that he could possibly make history with his win but says that it would be “amazing.”

“I’m not gonna put any pressure on me, but if it happens then, I don’t know, I’ll probably be speechless,” he confesses. “I think it’s a beautiful thing, I feel like… the doors are slowly opening and more black artists should be welcomed into the country music scene. It feels good to be a part of that history that’s happening. I can’t wait to see it, you know five to seven years from now, and see if we got some more.”

Brown says he’s particularly grateful for the nomination because Mixtape: Volume 1 — which is technically an EP — is so “different.” He adds, “I just really appreciate my fans for allowing me to experiment and do whatever, but still stick to the country roots and just love my music and listen to it regardless.”

Tickets for Brown’s Blessed & Free Tour will go on sale to the general public beginning on Friday, Apr. 16.

Rare Comic Featuring the First Appearance of Superman Sells for a Record $3.25 Million