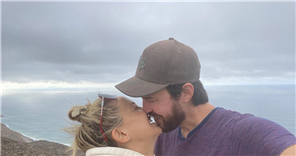 It’s been less than two weeks since Kate Hudson and Danny Fujikawa announced their engagement, but the bride-to-be is already thinking about her guest list — and it’s not likely to be a small one. During a chat with Andy Cohen on “Watch What Happens Live” on Sept. 23, the bride-to-be shared some early details about what might be in store for the couple’s ceremony. Asked why she decided to get engaged now, Kate clarified, “Well, I didn’t decide, I was asked. And I decided to say yes.” She giggled then said she’s “really excited,” though she hasn’t “really wrapped my head around the planning process” just yet. “But I think I’m just gonna invite the people that I love the most and I have a feeling it might end up being kind of big,” she added. The “Knives Out 2” star started dating Danny back in 2017; they share a daughter, Rani. Kate’s also mom to two sons from previous relationships.

Harry Styles has been off the market for months now, thanks to his romance with Olivia Wilde, but the 1D alum seems more than happy to share dating advice with his fans. In fact, that’s just what the singer did in the middle of his concert in Detroit earlier this week. A video making the rounds on Twitter shows Harry stopping his entire show after he spots a fan holding up a huge sign in the crowd that reads, “should I text him?” Pointing at the fan, Harry says into the mic, “I have a question: Is he nice to you?” The sign holder’s friend apparently says he is not nice to the fan in need of celebrity love advice, which sets Harry off on an adorable mini-monologue in which he acts out that internal, “should I or shouldn’t I?” back-and-forth we all know too well. “In my opinion, if you should … this isn’t even a question,” Harry says, as the arena-sized crowd yells out in agreement. “If we’re wondering if we’re playing games …,” he continues. “If you’re wondering, ‘Should I text him? Should I not text him? … I can’t text him too soon’ … Now we’re thinking about double texting, and that’s a whole different risky business … It’s a whole thing,” he concludes. Finally, Harry settles on the famous line from “The Notebook” that Allie’s wealthy mother shrieks at her daughter when she’s confronted about falling for a boy from the wrong side of the tracks. “My personal opinion is that if there’s any sort of games,” Harry says, “… Trash, trash, trash, not for you!”

“The Wire” star Michael K. Williams, who died at age 54 on Sept. 6, was the victim of an accidental overdose of “fentanyl, p-fluorofentanyl, heroin and cocaine,” People reported on Sept. 24, citing an announcement from the New York City Office of the Chief Medical Examiner. The beloved and talented actor had battled substance abuse issues since he was a teenager, growing up in Brooklyn, New York. He often spoke to the press about having relapsed multiple times since he got sober. “Addiction doesn’t go away,” he told the New York Times in 2017. “It’s an everyday struggle for me, but I’m fighting.”

Anderson Cooper’s mom offered to be his surrogate at 85

Anderson Cooper says his 85-year-old mother, Gloria Vanderbilt, offered to be his surrogate when he began planning to become a father. It wasn’t just a passing thought, either — she even went to see a gynecologist to get confirmation she could carry a child in her 80s. “She says to me, ‘Honey, I’m not talking about having a child of my own. I mean, that’s crazy, I’m 85 …,” Anderson recalled this week on “The Late Show with Stephen Colbert” (via ET). “‘I was thinking, you get an egg and fertilize it with a sperm, and I’ll carry your child,'” he continued, mimicking her voice. “I finally said to her, I was like, ‘Mom, I love you, but even for you, that is just bat—- crazy. That is just nuts.’ That is so weirdly oedipal on a whole new level.” He added — perhaps correctly — “That kid would be on the cover of The New York Post for the rest of its life.” She didn’t stop there, though. Anderson went on to recall how two years after she first brought up the idea, he got something from his mom in the mail. “… It’s a newspaper clipping,” he explained, “and it’s a photograph, the headline is, ‘Grandmother Bears Child for Son,’ and it’s some woman, I think in Italy who was like 65 or something, or 70.” He said it was about a woman who carried her gay son’s child. “And it’s a photo of her in the labor room in the stirrups,” he continued. “She’s in the delivery room with her legs in the thing, and her son and his husband are right there, ready to catch. And my mom has circled it, and written in a note, ‘See!'” Alas, Gloria failed to convince her son that she should carry his first born. Anderson welcomed his son last year with the help of a surrogate who was not related to him (ahem). He’s now raising Wyatt with his ex and close friend, Benjamin Maisani. Gloria passed away in 2019.

At the height of Britney Spears’ career, she famously performed with — and kissed — Madonna at the 2003 MTV Video Music Awards. According to Madonna, 63, the two have stayed in touch over the years, with Madge voicing her support for the younger singer during the course of her conservatorship battle. Asked about their friendship at the premiere of her new “Madame X” concert doc in New York City on Spet. 23, Madonna told ET she’d actually spoken with Britney that day. “[I was] “just checking in on her, and congratulating her on her marriage. Or her pending marriage,” Madge shared, adding, “I love her.” Britney, 39, recently announced her engagement to her longtime beau, Sam Asghari. She’s currently the subject of two new documentaries, including a follow-up to the controversial but pivotal New York Times Presents doc, “Framing Britney Spears.” In “Controlling Britney Spears,” which arrived on Hulu Sept. 24, sources and court documents claim, among other things, that Britney’s father, Jamie Spears, was having her monitored via surveillance techniques while he was controlling most aspects of her life as her lead conservator. The doc also asserts Britney has been asking the court to end her conservatorship and Jamie’s control over her life since at least 2019.

Kelly Clarkson’s long, messy — and expensive — divorce from Brandon Blackstock is coming to an end more than a year after she filed to end their marriage. New court documents show that in August, a judge OK’d Kelly’s request to be declared legally single while she and her ex continue to work out the terms of their divorce, Us Weekly reported on Sept. 24. The filings also show Kelly and Brandon’s “marital or domestic partnership status” is set to end on Jan. 7, 2022. While there’s light at the end of the tunnel in her divorce proceedings, Kelly, who shares two children with Brandon, is still fighting her ex in court over a lawsuit filed against her by Starstruck, the artist management company Brandon works for that’s owned by his father. They claim the singer owes them more than $1 million in unpaid commissions. Kelly responded to the suit with a petition saying they bilked her out of millions of dollars by charging uncalled for fees during the years she was represented by them. All of which probably has more than a little do with the theme of the single Kelly released this week, “Christmas Isn’t Canceled (Just You).”

Just in time for his 007 finale, Daniel Craig has been named an honorary commander in the U.K.’s Royal Navy, giving him the honorary version of the title his character James Bond holds. “I am delighted to welcome honorary Commander Daniel Craig to the Royal Navy,” First Sea Lord Admiral Sir Tony Radakin, the head of the Royal Navy, said in a statement on Sept. 23 (via People).In the same release, Daniel said he was “truly privileged and honored to be appointed the rank of Honorary Commander in the senior service.” The actor reportedly plans to use his new title, “to support personnel within the Royal Navy, with a particular interest in service families,” according to the report. Daniel returns to the big screen as Commander Bond in “No Time To Die” on Oct. 8.

Chris Martin is still struggling to deal with remnants of his evangelical Christian upbringing. The Coldplay star, whose new collaboration with BTS, “My Universe,” dropped this week, spoke candidly about his demons from childhood with Howard Stern’s Sept. 23 SiriusXM Radio show, telling the shock jock it’s been difficult to reflect on certain painful memories. “I am having such a hard time in my life right now,” said Chris, 44 (via the Daily Mail). “And part of dealing with that is going back to look at all that stuff.” Sharing an example of how ingrained in him his family’s religion was growing up, Chris recalled, “I could not sing ‘Paint It Black’ by The Stones because I thought it was evil.” He also said that over the years, he’s had to find new ways of coping with the issues he grapples with. “Any method of coping is a strength when you develop it, but later in your life it might not necessarily serve you anymore,” Chris told Howard. 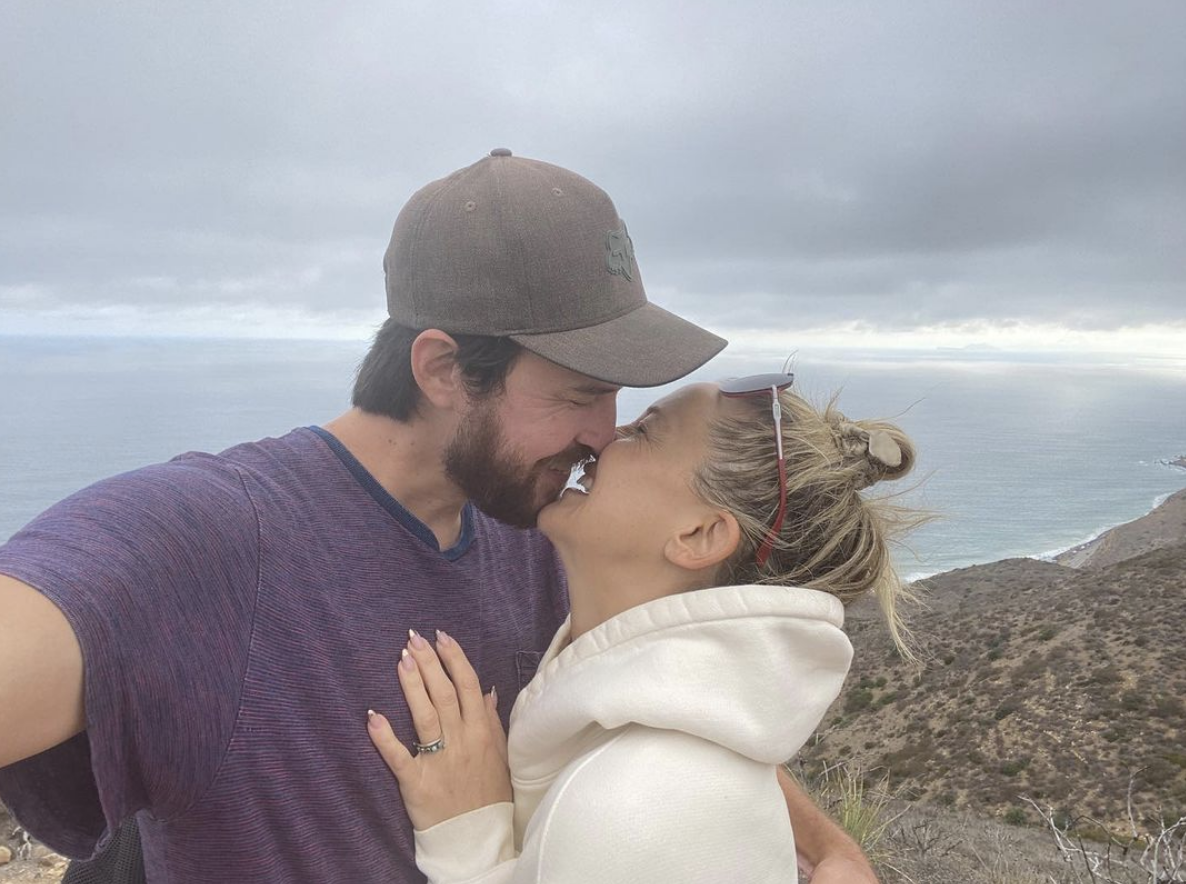 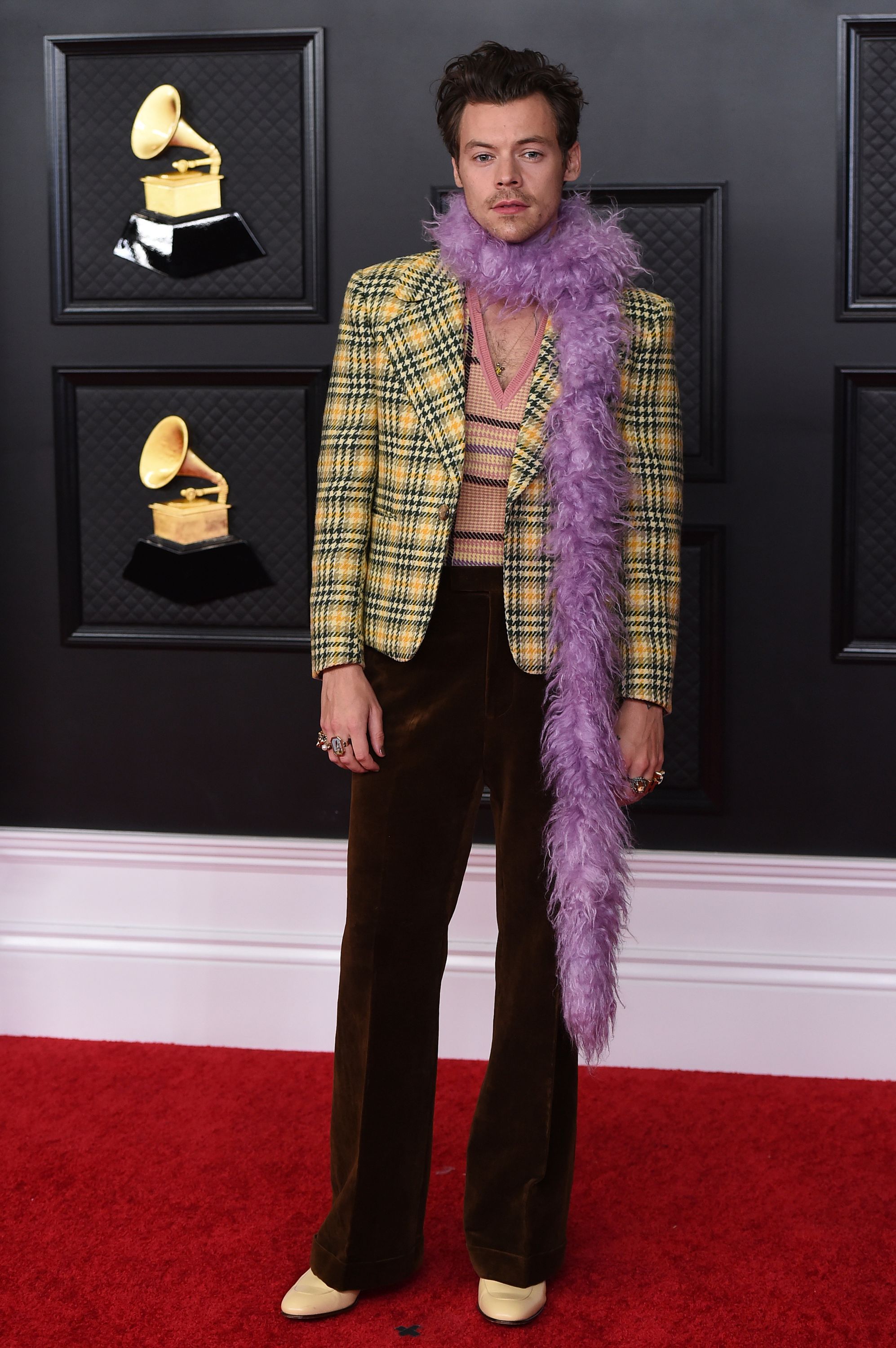 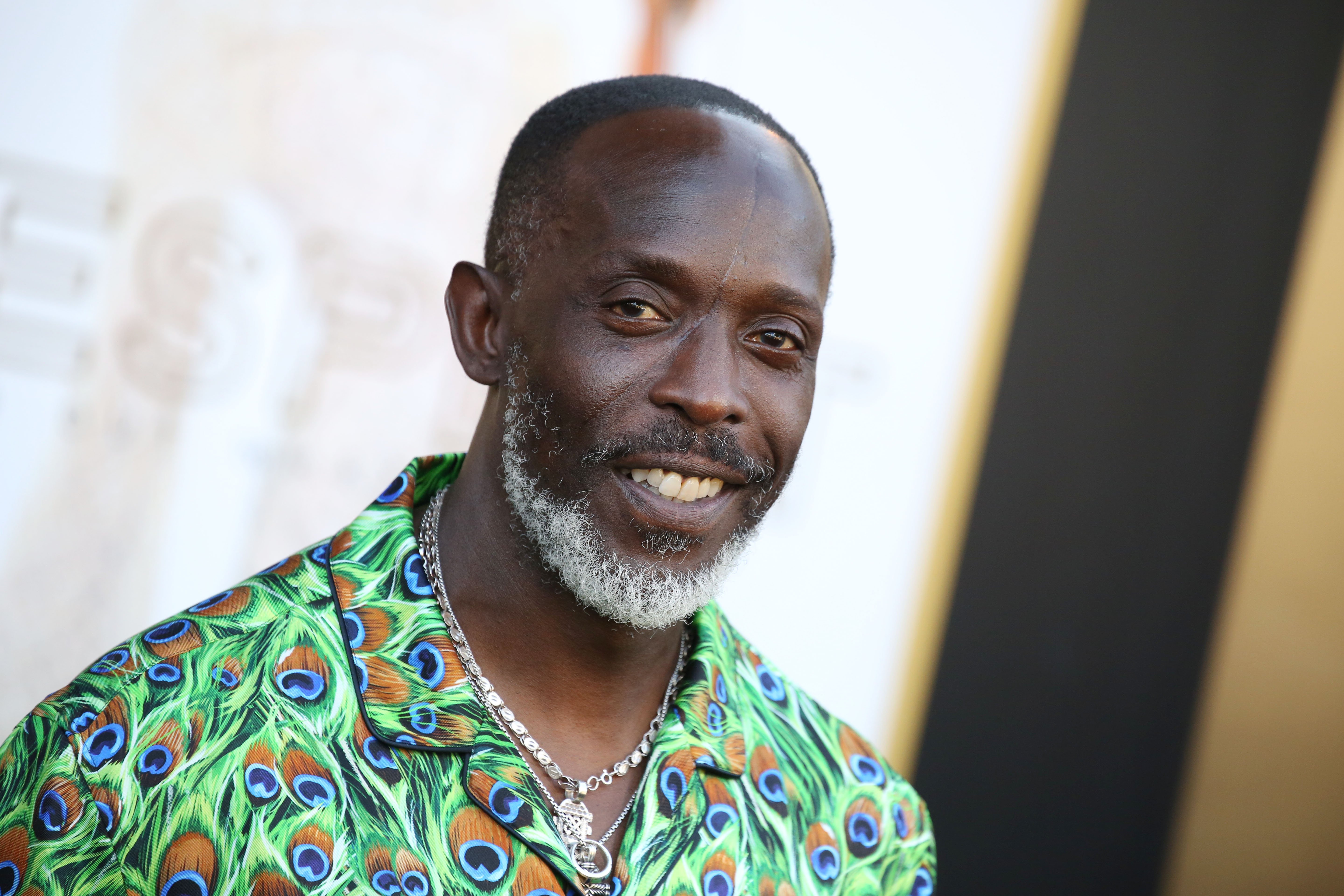 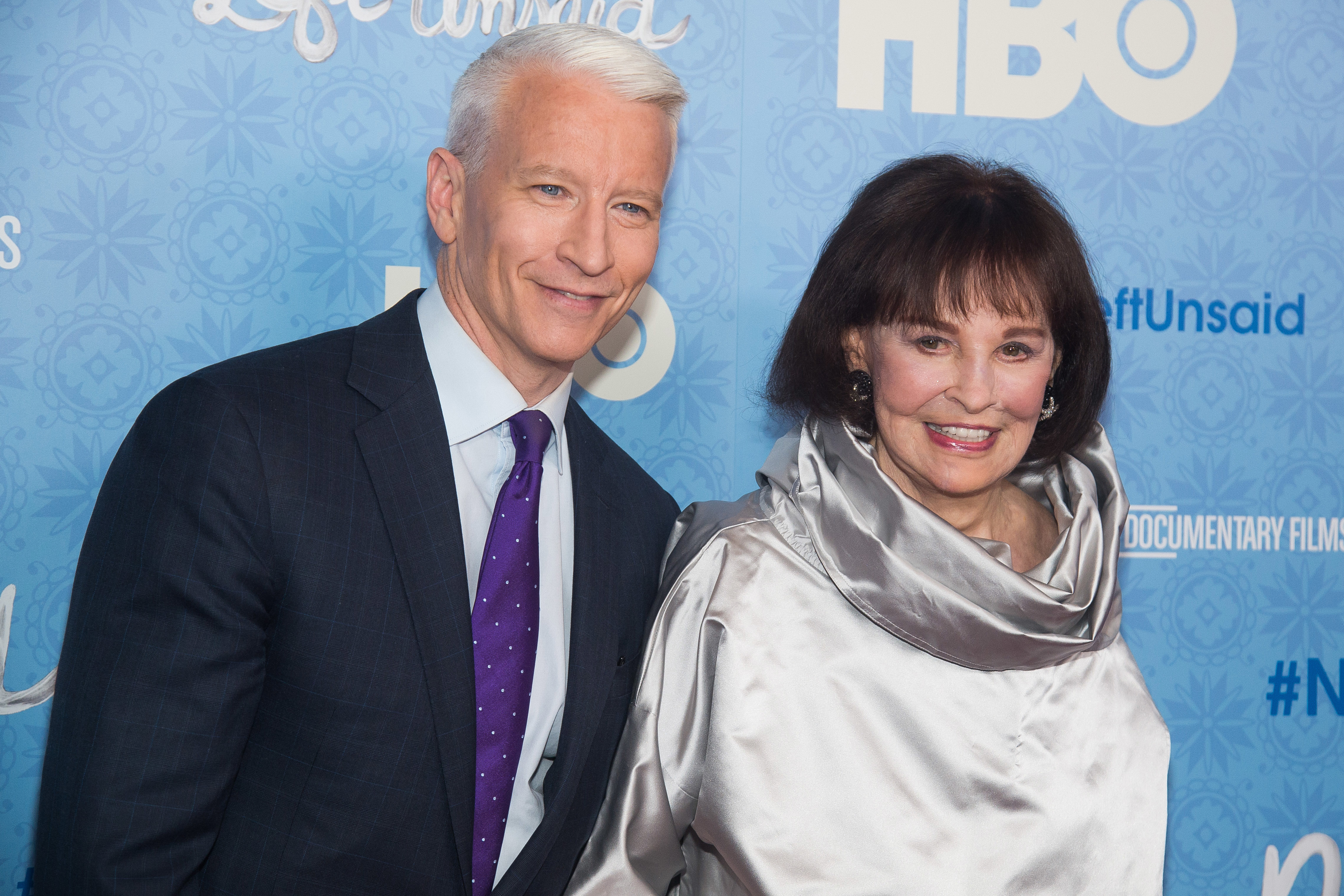 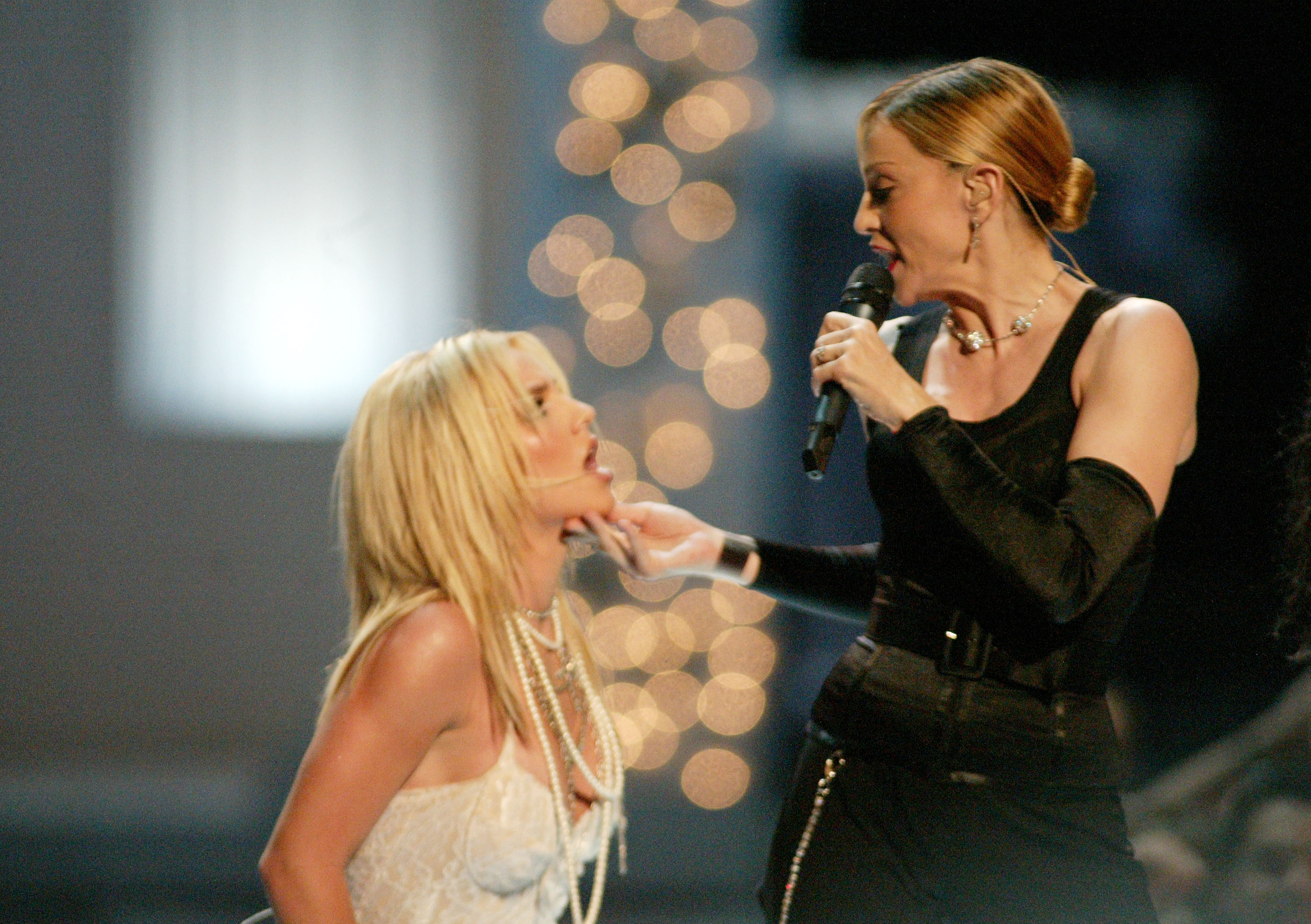 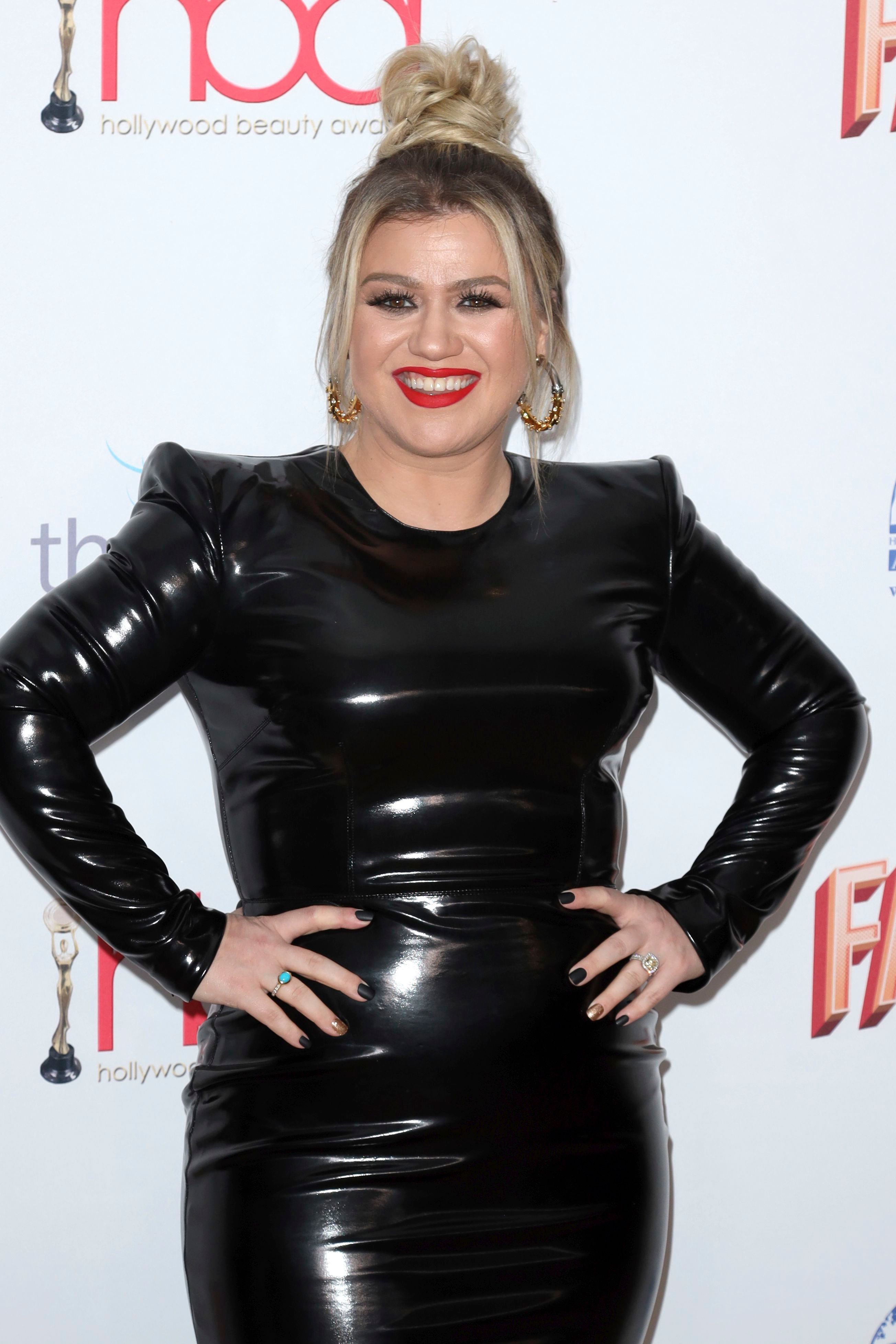 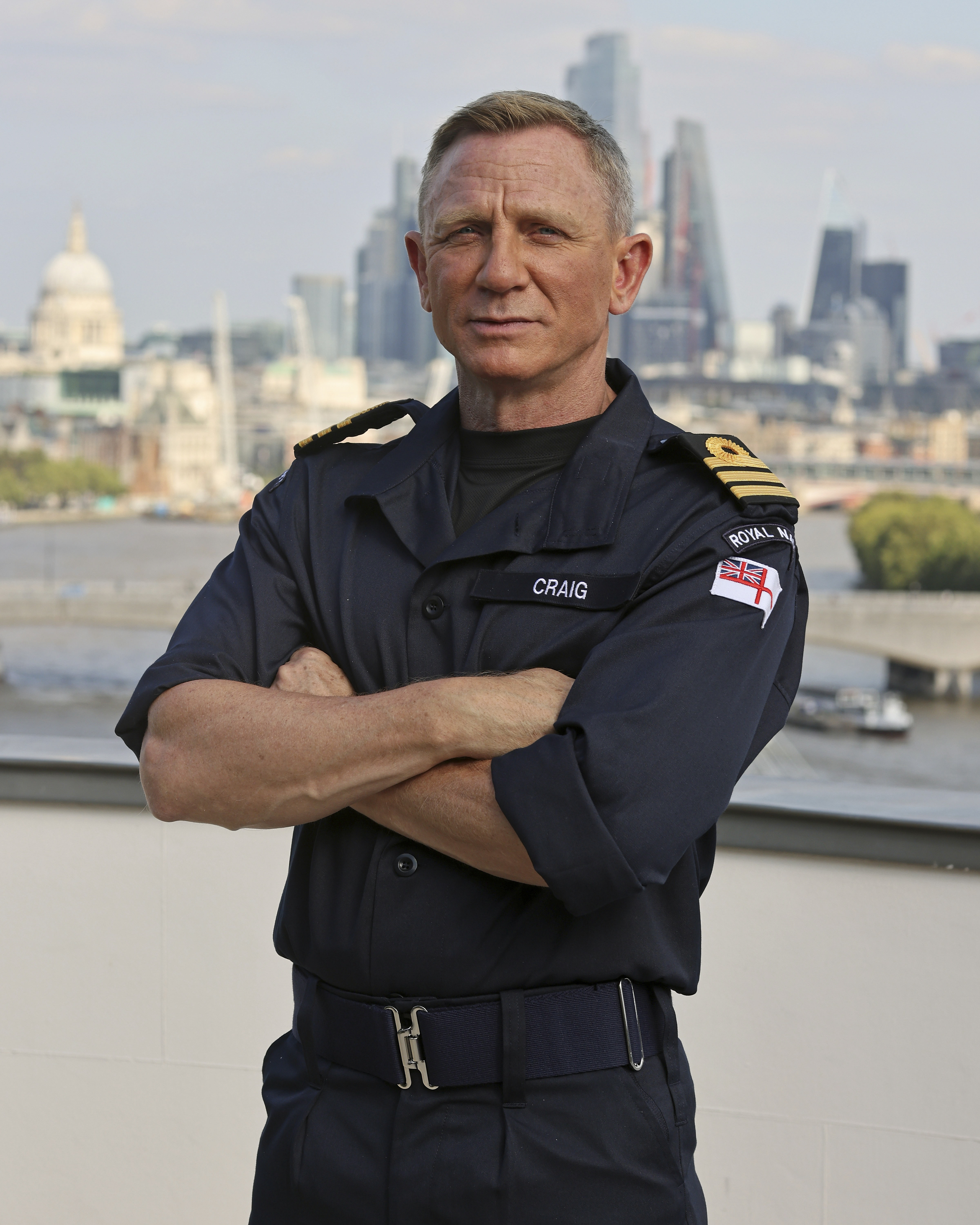 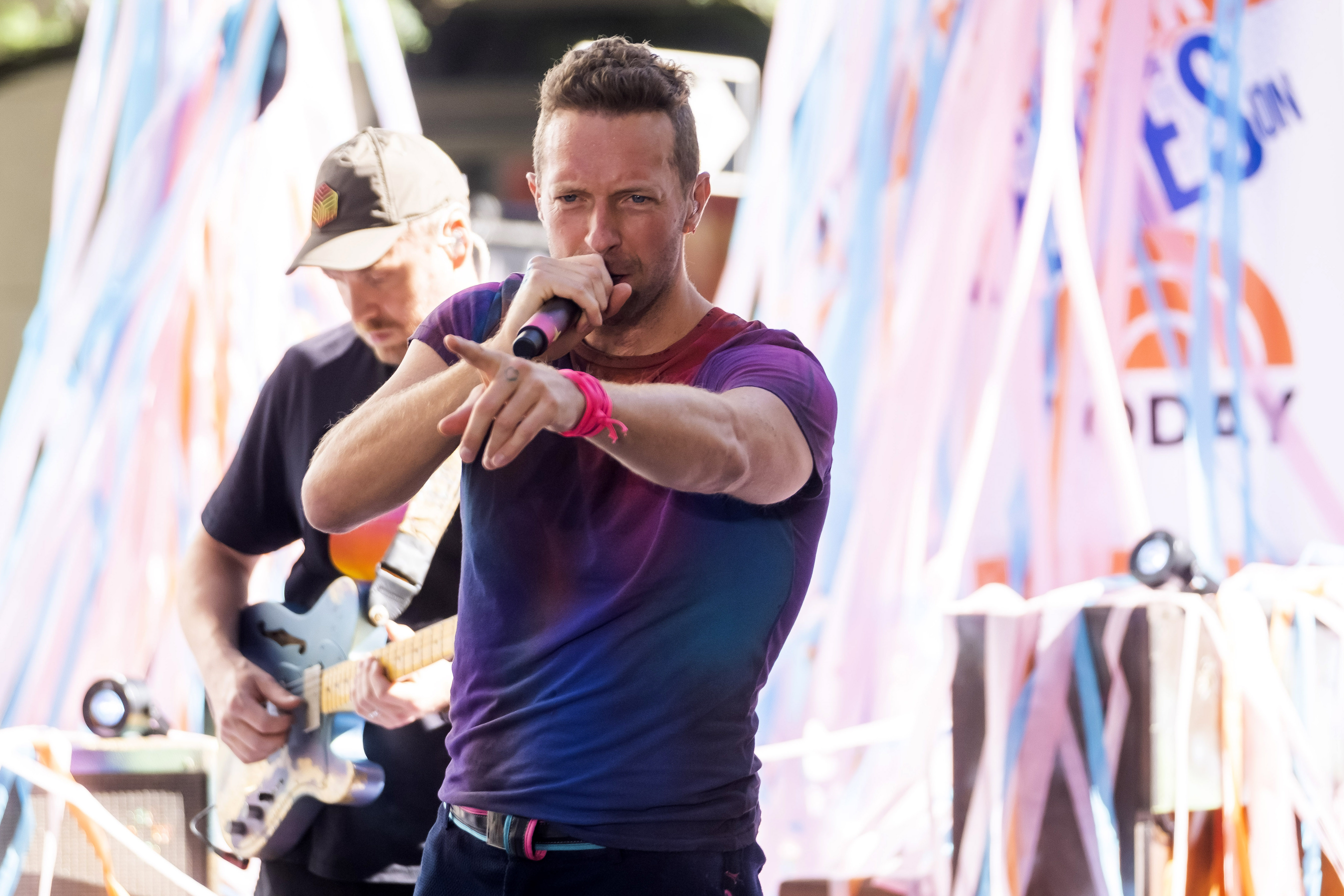 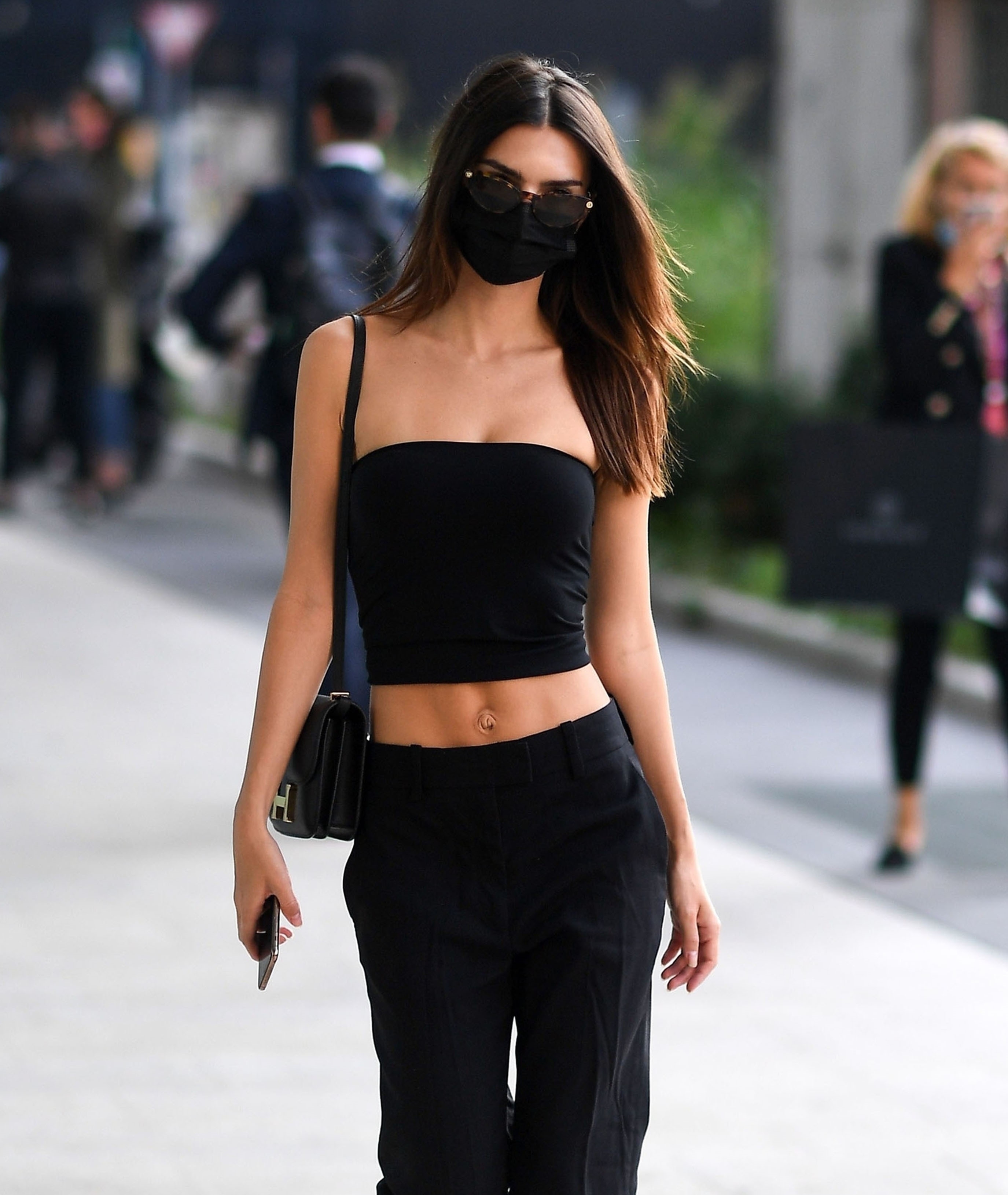