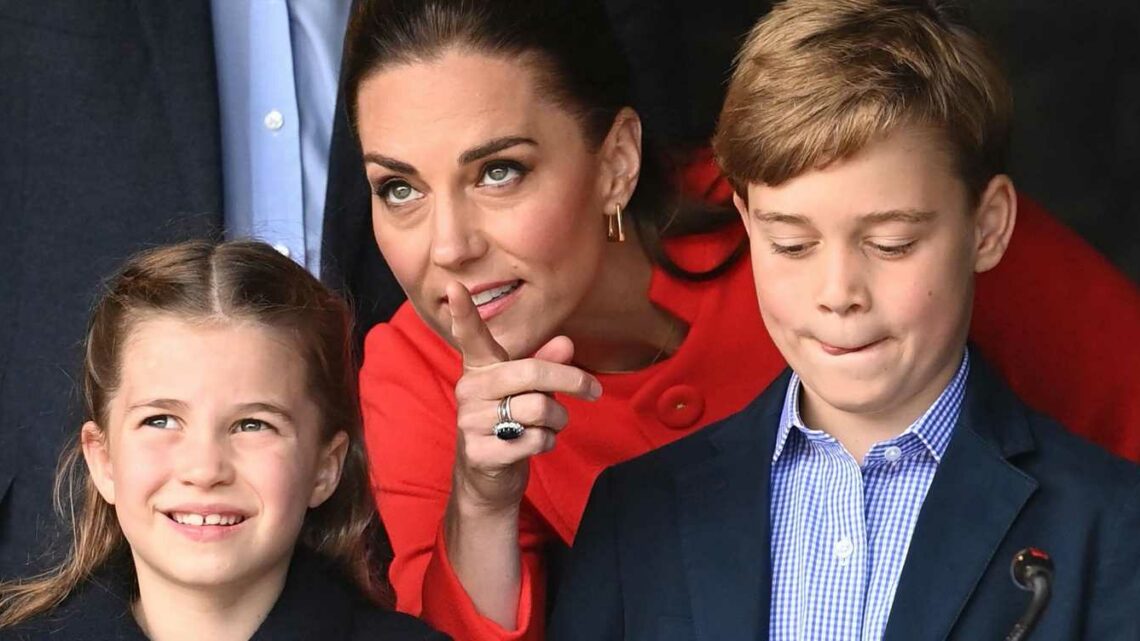 On Saturday, the Cambridges arrived in Wales to celebrate Queen Elizabeth’s Platinum Jubilee. Kate Middleton and Prince William walked up to Cardiff Castle with their children, Prince George and Princess Charlotte, making an adorable family picture in mostly blues. Kate stood out in her well-known bright red Eponine dress coat, which she has worn on other occasions. Charlotte held her hand while wearing a blue peacoat with a Peter Pan collar over a white dress and a pair of Mary Jane flats.

Kate wore her hair up in a ponytail and wore some black heels and a pair of gold hoop earrings made by a Welsh jewelry brand called Spells of Love. 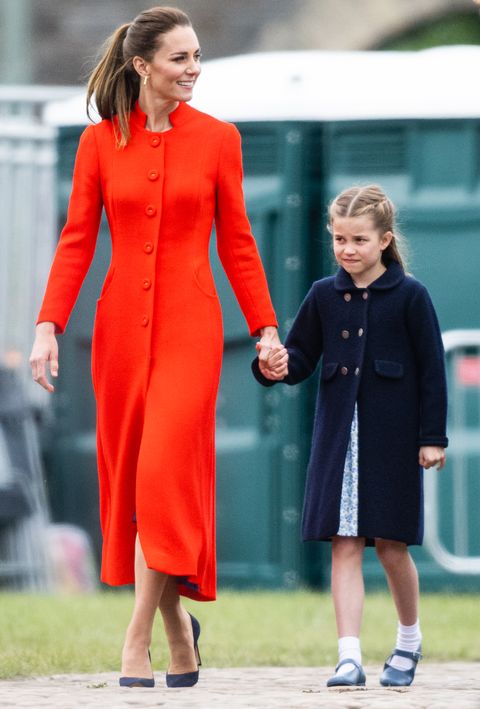 This was day three of Jubilee festivities, and the family was at Cardiff to meet the performers and staff hosting a concert in the city and to watch some rehearsals before the final show. The Jubilee marks the Queen’s 70th year on the throne, and family members from across the U.K. have traveled to meet with one another and the citizens of the country who are celebrating.

On Thursday, Queen Elizabeth herself was out and about for Trooping the Colour, a tradition of the British infantry that happens annually. The Queen gives her royal salute and inspects the Household Division and the King’s Troop, Royal Horse Artillery. It was announced that the monarch would not be available for any events on Friday, including the national service of thanksgiving in her honor at St. Paul’s Cathedral, due to exhaustion.

“Yes, she [the Queen] was fine, it was just very tiring yesterday,” Kate responded to a question about her grandmother-in-law’s health. She added that the Queen “had had a lovely, lovely time.”

A spokesperson for Buckingham Palace said, “The Queen greatly enjoyed today’s Birthday Parade and Flypast but did experience some discomfort.”

They continued, “Taking into account the journey and activity required to participate in tomorrow’s National Service of Thanksgiving at St Paul’s Cathedral, Her Majesty with great reluctance has concluded that she will not attend.”