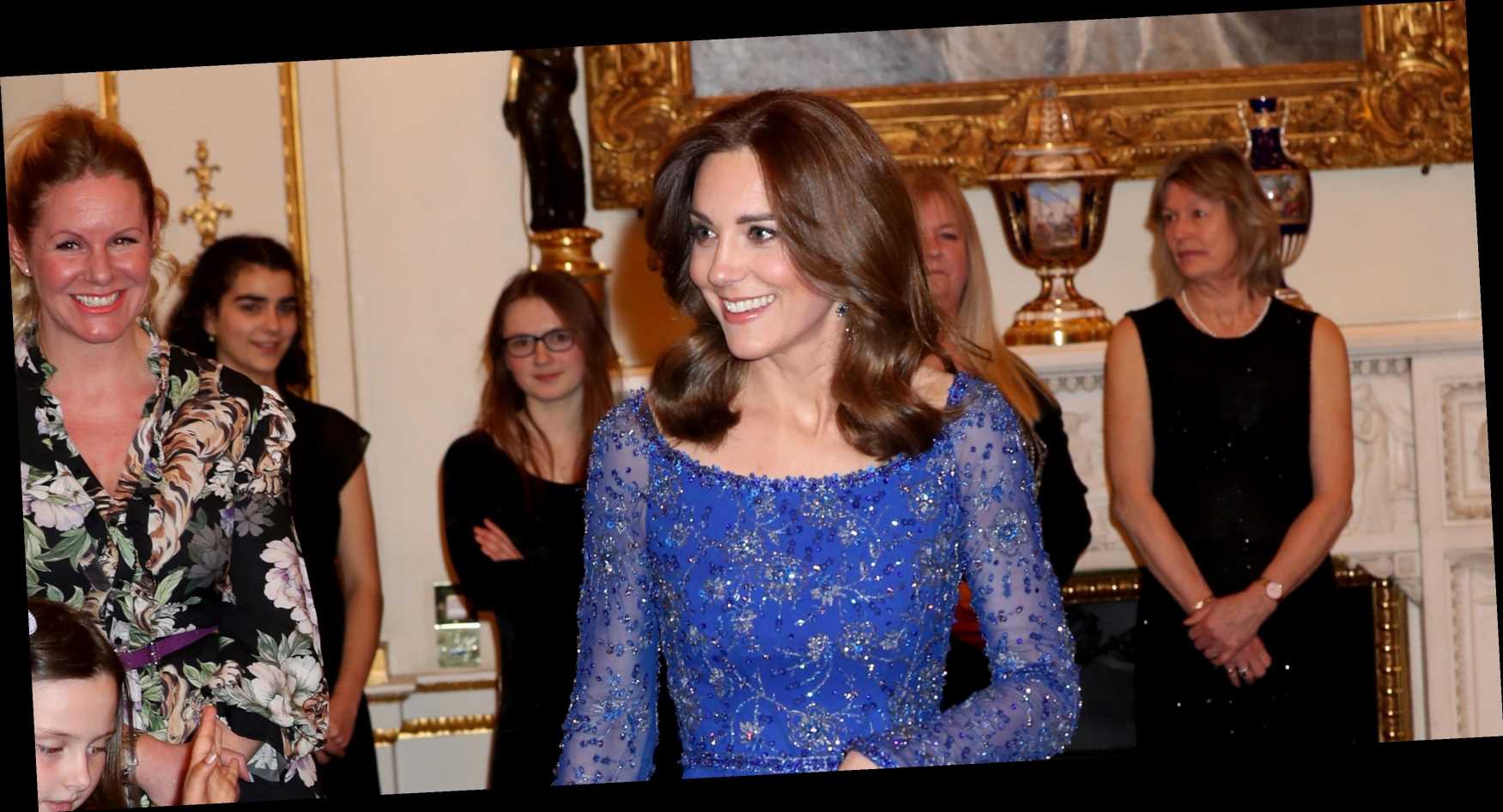 Leave it to the Duchess of Cambridge to show us all how to properly rock royal blue.

Duchess Kate looked elegant in a vibrant blue, beaded Jenny Packham gown while hosting schoolchildren at Buckingham Palace to celebrate the organization Place2be’s 25th anniversary today. Kate paired the look with a matching beaded clutch and chandelier earrings, and kept her freshly-trimmed locks in flowing waves. The duchess previously wore the look during her and Prince William’s royal tour of India in 2016.

According to People, Kate was greeted by students and teachers from Cranbrook School, New North Academy, and Salusbury Primary School for the event. Kate has been a patron of Place2be—a group that aims to champion young children’s mental health while in school—since 2013. 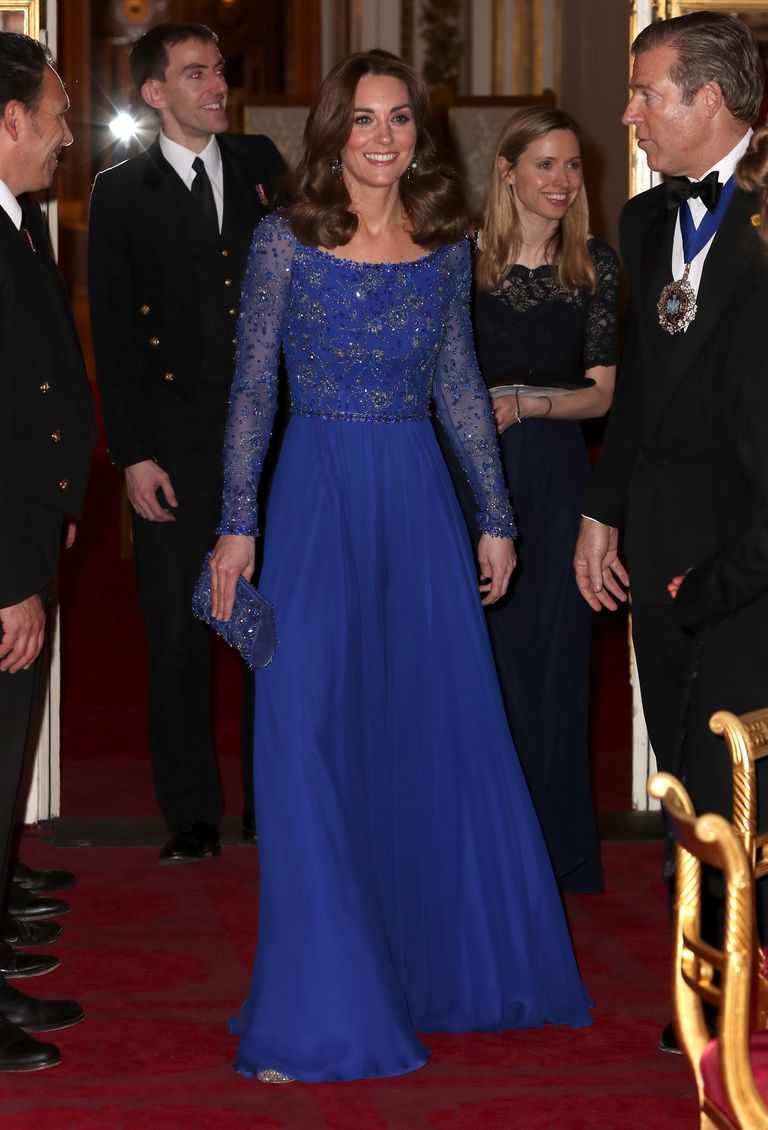 The Duchess made a rare speech during the event, highlighting the organization’s passionate efforts over the years.

“Place2Be was one of the first charities I became Patron of. I knew it was special then, but having spent many years since, learning about the importance of childhood development, I see even more the value in the work that you do and I am hugely grateful for all that you have taught me over the past seven years,” said Kate during her address. “You taught me, right from the start, that the children in your schools are only as happy and emotionally strong as the adults in their care. That is why you take such great pride in the work you do with your teachers and your parents.”

Kate’s gala at Buckingham Palace follows her appearance at the Commonwealth Day service at Westminster Abbey earlier this morning. The duchess had aimed for the other side of the color wheel for the daytime festivities, opting to wear a deep red Catherine Walker coat with a matching hat and pumps for the event.

Today’s Commonwealth Day service marked the first time both Kate Middleton and Prince William made a joint appearance alongside Prince Harry and Meghan Markle since the Sussexes’ decision to step down from royal duties. It might be the last public appearance from the two couples for the foreseeable future as well; today also marked Prince Harry and Duchess Meghan’s last public event as working royals.

Human lab rats needed: Would you get infected with coronavirus for $4,500?