Katie Price and fiance Carl Woods are apparently ‘living out of hotel rooms’ after returning to the UK from a whirlwind trip to Vegas.

The 43-year-old made a trip to Cheltenham alongside Carl, 32, to visit her eldest son Harvey, 19, who is at residential college, with the pair sharing a snippet of their hotel amid the getaway.

However, according to Carl, the pair ‘got no house’ and spend their time going from hotel room to hotel room with their menagerie of dogs.

In the clip shared to Instagram over the weekend, Carl is heard saying: ‘This is how we live these days, hotel rooms. We go and see Harv and we’ve got dogs in every room.’

Katie, who recently returned to The Priory following a September drink-drive arrest, was seen sitting on the bed playing with one of the family’s dogs. Her protection dog, Blade, was seen on the ground as she gathered the pooch into a hug.

Carl’s post comes hot on the heels of the pair’s trip to Las Vegas where they definitely didn’t get married. 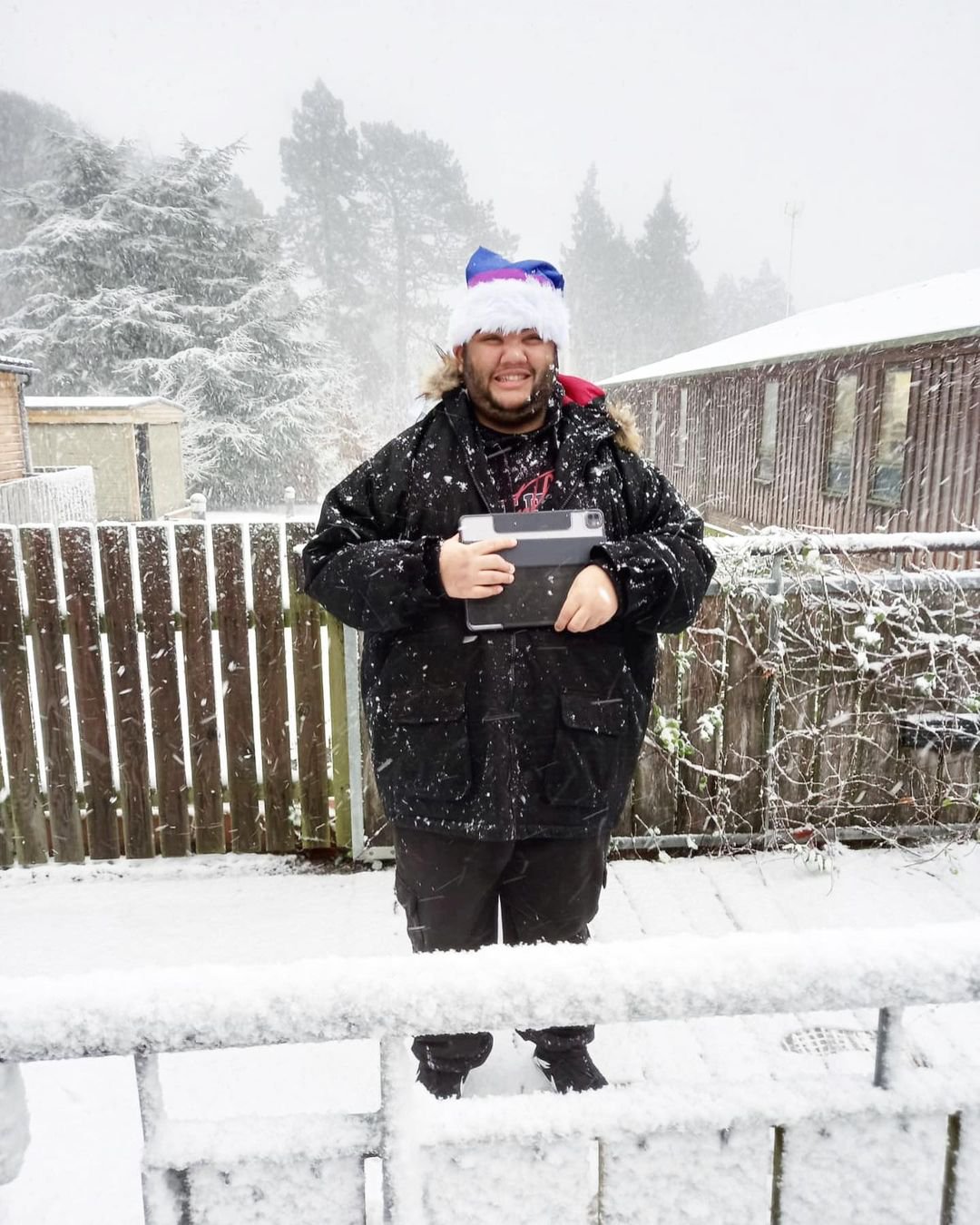 According to a source, work on Katie’s house has ground to a halt, which might explain why they’re frequenting hotel rooms since their return.

They told The Sun: ‘Work on the house has ground to a halt at the moment as filming for the show is on pause right now.

‘The house is very cold and draughty at the moment and Katie can only live in certain rooms. It’s a tough situation.’

While in Cheltenham, Katie took to Instagram to share some photos of Harvey enjoying the snow which had recently fallen, telling her followers: ‘Starting to look a lot like Christmas.’

Harvey – who was born with Prader-Willi syndrome and septo-optic dysplasia meaning he is partially blind, and also has ADHD – was seen wearing a festive multi-coloured hat with a white fur trim and holding on to his iPad as he beamed a massive smile.

His smile was only set to get bigger when he stepped outside into the snow as he posed for his mother to grab a picture.

Earlier, Katie had shared a short clip of her and Carl driving down snowy country lanes near to where Harvey lives and goes to school.

She told her followers: ‘It’s so beautiful down here in Cheltenham. We’re on our way to see Mr Price, he’s so excited for the snow. Oh, I love the snow!’

Katie also shared a snap of her with Harvey in the kitchen, in which he was seen wearing a green frog hat – his favourite animal – while she held up a carrot, possibly to become the nose of a snowman, as she added: ‘Such a lovely day today.’