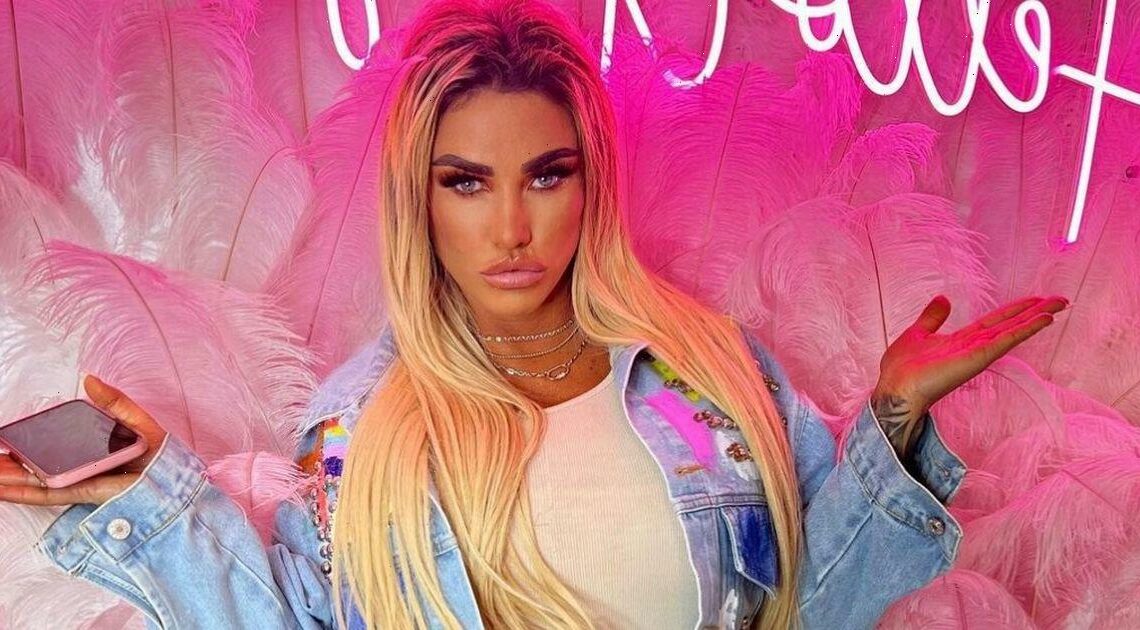 Katie Price has shared her fury as her late friend Sarah Harding was mentioned in the Wagatha Christie trial this week.

Katie even had Sarah as a bridesmaid at her wedding to Peter Andre in 2005.

Sarah was just 39 when she passed away in September last year after announcing she had been diagnosed with breast cancer in August 2020.

And Katie has now made her anger clear on her Instagram stories as it was reported Rebekah Vardy's alleged fallout with Sarah in 2018 was brought up in the star's High Court libel battle with Coleen Rooney.

Katie posted an image on Instagram of a news report on the claims and wrote on top: "How dare anyone bring up Sarah".

Coleen, 36, claimed in her witness statement that Rebekah, 40, "fell out with Girls Aloud's Sarah Harding in 2018 because she was apparently caught taking pictures of the contents of her handbag at the National Television Awards".

The statement fromMrs Rooney, who is being sued by Rebekah for libel, said: "As an aside, I am aware that Becky had attended the 2018 National Television Awards and produced and provided various pieces of 'behind the scenes' footage for The Sun."

She went on: "She also got into a spat with former Girls Aloud group member Sarah Harding during the 2018 event because Sarah apparently caught Becky taking photographs of the contents of Sarah’s handbag when Sarah had dropped it on the floor. Their dispute subsequently appeared in The Sun."

Coleen is currently being sued by Rebekah for libel after she claimed Rebekah's Instagram account had been sharing private stories about her to the press.

In a lengthy statement shared on her Instagram page in October 2019 following a "sting operation", Coleen explained how she had planted fake stories on her private Instagram to see if they would be shared with the press.

Coleen wrote: "I have saved and screenshotted all the original stories which clearly show just one person has viewed them. It's……….Rebekah Vardy's account."

Rebekah vehemently denies sharing stories about Coleen with the press and is now suing her for libel and requesting an injunction to stop her from repeating the claims.