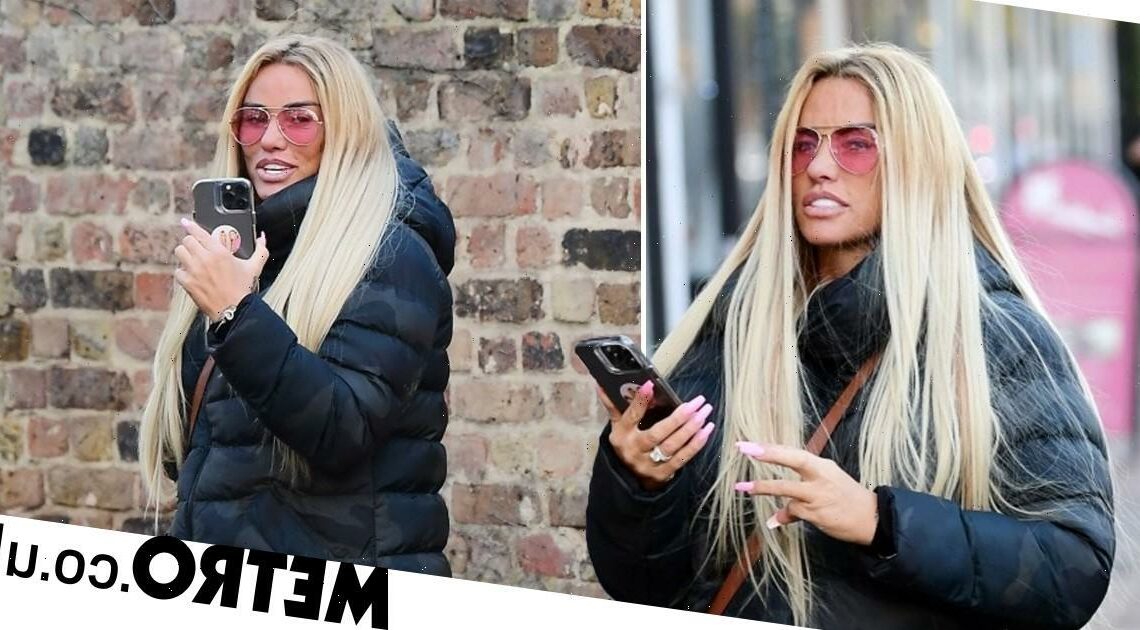 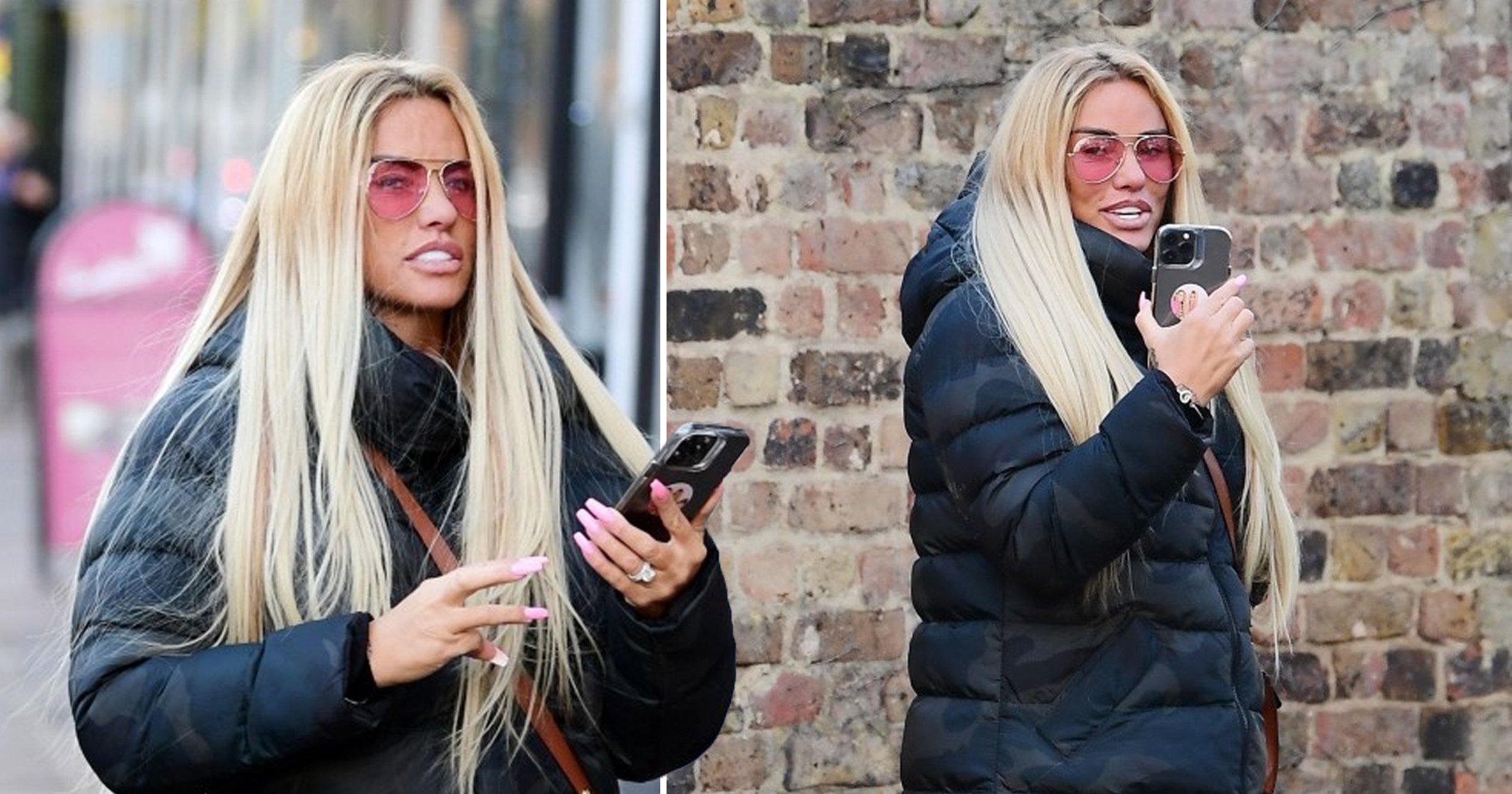 Katie Price was pictured enjoying a break from The Priory this week, appearing in good spirits as she went for a stroll and popped to the shops.

On Thursday, the 43-year-old was photographed outdoors, wearing a long puffer coat and pink-tinted sunglasses and her long blonde hair loose.

Earlier this month, Katie jetted back from Las Vegas with her fiancé Carl Woods, with fans speculating that they had decided to tie the knot during their getaway.

However, the couple later dispelled the rumours, despite picking up a marriage licence and checking out a chapel.

The model recently returned to The Priory following a car crash near her home in Sussex, having been warned in September that she could face prison after pleading guilty to drink-driving while disqualified and without insurance.

In one of the recent photos of Katie, she can be seen talking while holding her phone, standing next to a brick wall with signage for rehab facility.

She smiled as she talked to someone on the phone, appearing to be in a good mood as she continued to look down at her mobile while walking in black boots and carrying a brown handbag across her body.

During her jaunt, she also popped into a lingerie shop, speaking to a woman behind the counter before exiting the store.

A close-up of Katie’s hands holding her phone showed a sweet sticker of her with her kids on the case.

Last week, the media personality spent quality time with her parents and her youngest kids at the beach, heading out with eight-year-old Jett and seven-year-old Bunny, who she shares with her ex Kieran Hayler.

She recently shared a cryptic post on social media revealing that she was back in hospital more than a year after breaking both of her feet during a fall while on holiday in Turkey.

Next month, Katie is facing sentencing following her arrest in September after crashing her car while banned from driving and under the influence of alcohol and drugs.

While she completed treatment at The Priory on instruction from the judge, she could still face prison time when sentenced.