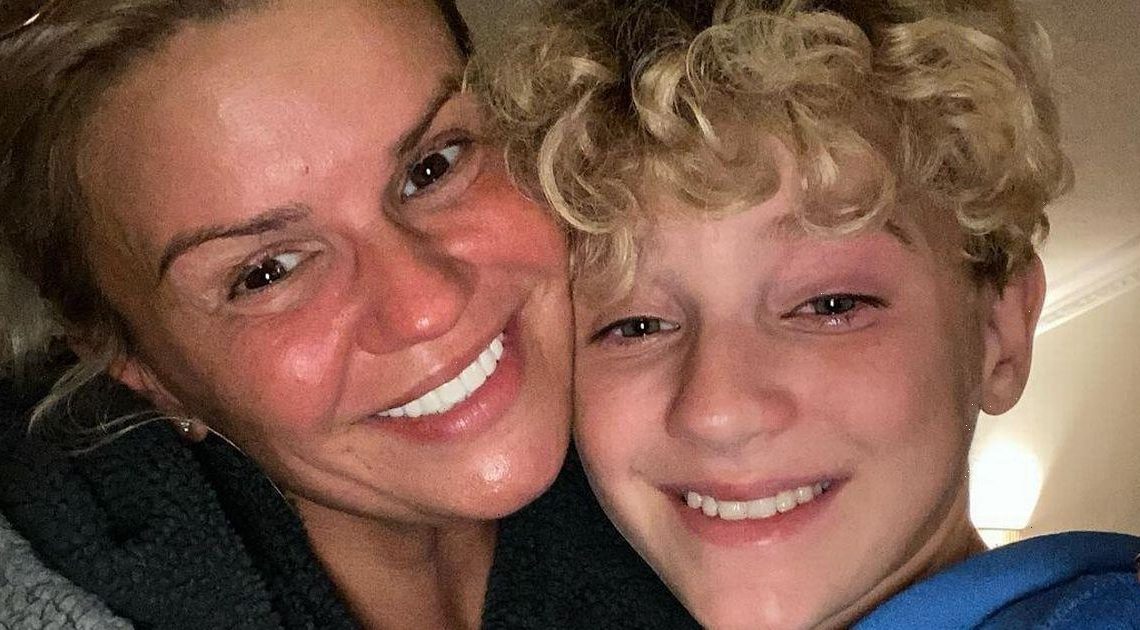 Join the OK! VIP newsletter and receive big exclusives to your inbox before anyone else!

In her New magazine column this week, Kerry Katona spoke out in admiration for Kelly Osbourne. The singer – who has been sober for four years – recently opened up about her relapse admitting she's "not proud," but assured fans she's "back on track."

Kerry shared her views on the matter and praised Kelly's bravery. She's also taken inspiration from Denise Van Outen and has revealed she's got "no regrets" about posing in lads' mags in the past. Plus, she reveals she doesn't ever feel the need to filter her snaps.

Despite all that positivity, Kerry admitted she's been feeling a bit under the weather recently after her son Max caught a bug. Want to stay caught up with Kerry? OK! VIPs can enjoy her weekly column right here…

Kerry shared the lowdown on what she's been up to recently…

"I’m back home now after house-hunting up north. The kids went back to school, but my Max has been off because he’s been really poorly.

"He threw up all down my stairs and all over my bathroom – he missed the toilet completely! I’ve had to have all my carpet cleaned. There’s definitely a bug going around because me and Heidi have now got it.

"The only one who hasn’t been poorly is DJ. So things haven’t been great in our house!"

"I think it’s amazing that Kelly Osbourne has come out and admitted she relapsed after nearly four years of being sober from drugs and alcohol. It isn’t an easy road and people do fall off the wagon.

"I think it’s really brave of Kelly to talk about it and I’m sure it will give so many other people hope. I get so many messages on Instagram from people who have fallen off the wagon. My advice would be, don’t be so hard on yourself. Every day is a new day."

There may be countless photo filters out there, but Kerry said she doesn't use any of them…

"Singer Lizzo says she’s grateful that photo-editing apps didn’t exist when she was a teenager, because of unrealistic standards. I’ve got teenage girls and to be honest with you, they’re quite open in that respect and they don’t really use filters.

"Our Heidi might use a filter on TikTok or something like that, but other than that, they don’t. And I never use filters on anything. I did a bikini shoot the other day and you can see my stretch marks and cellulite in the pics. I think it’s probably because I didn’t grow up with filters. I wouldn’t even know how to use a filter! I honestly wouldn’t even know where to start." Having done shoots for lads's mags herself, Kerry agrees with Denise and says she has no regrets…

"Denise Van Outen says she has no regrets about posing for lads’ mags back in the day and has even kept a lot of them. I’m with Denise – I have absolutely no regrets. And I think I might have a few copies upstairs in the attic, too.

"I don’t think you should live with regrets. I don’t have regrets about anything – I don’t regret things in my past, like drugs or my marriages. Living with regrets is not a good way to live."

"An actress in Ghana has been found guilty of posting “obscene material” and jailed for 90 days after sharing a nude snap of her with her son on his seventh birthday.

"After seeing the photo, I know it might not be to everyone’s taste, but I think that sentencing is very harsh. We’re born bloody naked! To be jailed, I think that’s absolutely ridiculous and shocking. Bleeding hell, I don’t think I’d last long in Ghana. I’d probably be serving a life sentence by now!"

The YEEZY DSRT BT in "Oil" and "Rock" Is Restocking