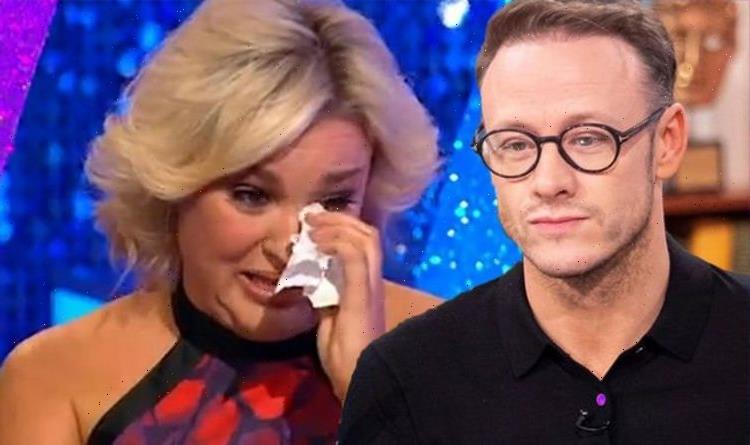 Kevin Clifton apologises to podcast fans after suffering from illness

Kevin Clifton made the comment on the 100th episode of his podcast The Kevin Clifton Show this week, where he spoke with his mentor and friend Rob Moore about the critical perception of women who take part on Strictly. The 39-year-old, who quit the ballroom competition series back in March 2020, asserted that female viewers, in particular, take issue with seeing a confident woman on TV.

“When you get someone who’s real sort of confident and sassy — a woman — on Strictly, they always get a lot of criticism from women,” Kevin explained.

“And what that tells me is any woman that is criticising them, those women would probably quite like to be that. You know, they see themselves as they could be quite as confident and sassy.

“But when they see someone else being that and thriving, it brings something up in them that it makes them realise that they’re not as confident as they’d like to be.”

He continued by saying that the female contestants who possess those sorts of traits are often accused of being “arrogant” or “up herself”.

Kevin, who’s a former dancing pro on Strictly, made his exit from the show last year after being offered a role to take part in Strictly Ballroom: The Musical Tour, which he said had always been a dream of his.

During an interview with Huffington Post back in December, the Grimsby native said he didn’t even hesitate to tell BBC bosses he was leaving the show after landing the role in Strictly Ballroom.

“I’d been in touch with Strictly Come Dancing and said, ‘If I get offered this, I’m not going to be able to say no to it.’

“So I got offered the part, said I was leaving Strictly for a life in the theatre… and then there was no more theatre”.

Though Kevin had hoped to grace the theatre stage just weeks after announcing his departure from Strictly, with the Strictly Ballroom schedule already set in place, the coronavirus pandemic brought an end to any live events for the rest of the year.

A follow-up statement from organisers later revealed that the tour had been postponed to October 2022.

The unforeseeable setback left Kevin frustrated in lockdown, as his girlfriend Stacey Dooley was still able to work from home.

Meanwhile, her significant other remained hopeful that the entertainment industry would end its shut down so that he could get back to working on his new projects.

In a previous episode of his podcast last year, Kevin stressed how “fed up” he had become of staying at home while Stacey was busy at work.

The latter had just worked on a documentary about COVID-19 and its impact around the world before signing on to present EastEnders’ behind-the-scenes series Secrets from the Square, which aired in the place of new episodes of the soap after production had been halted indefinitely.

“This last month, I’ve started to get an itching to get back to work, and my girlfriend is working again,” he explained.

“So I’m getting jealous of that. I’m starting to get really fed up now.”

“It’s been an excuse to sit and play my ­PlayStation and just watch Netflix but now I wish I could be performing. I think this is the least fit I’ve ever been right now.”

Kevin recently revealed that he and Stacey have both talked about the idea of starting a family, but he strongly emphasised that neither of them was in a rush to have kids just yet.

Kevin met Stacey when they were partnered together on the 2018 series of Strictly, which they ended up winning.

'Days of Our Lives': Alison Sweeney Officially Back on the Canvas
Recent Posts