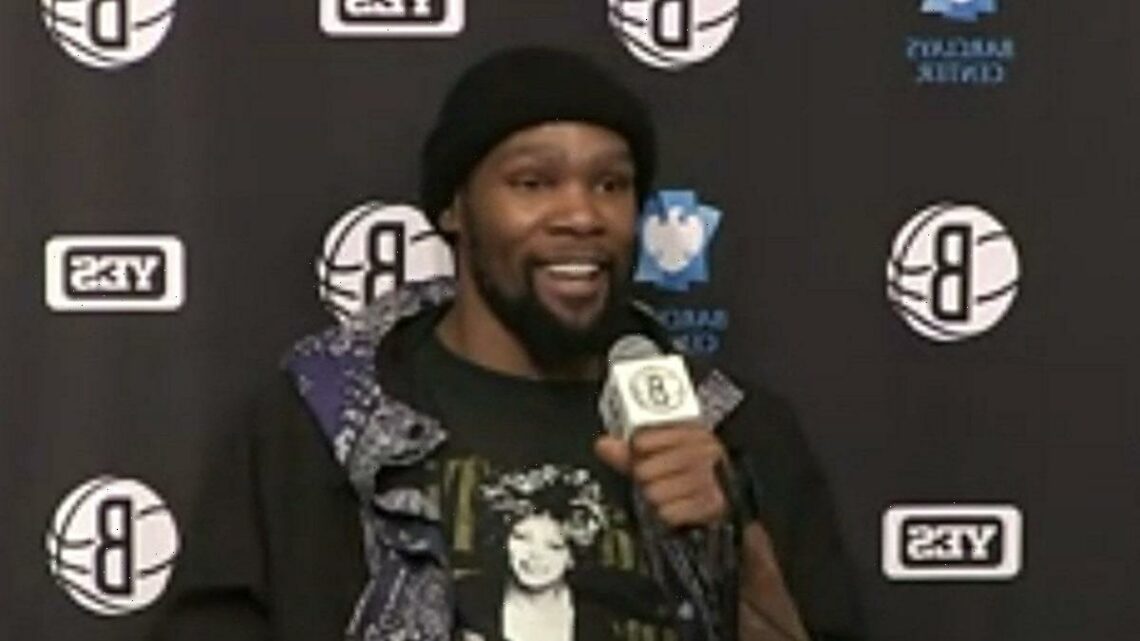 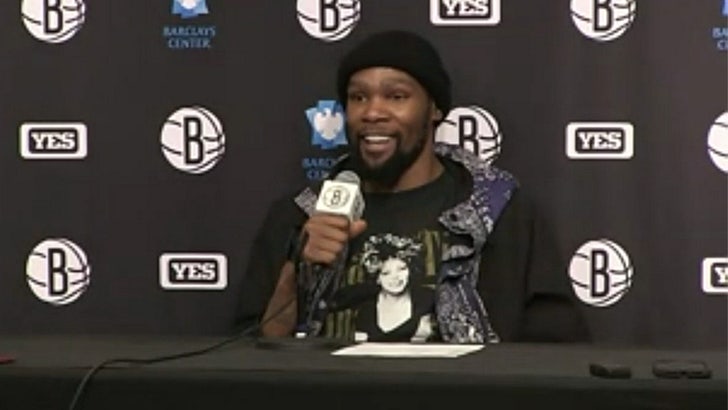 Kevin Durant is opening up about the Nets’ early-season struggles … admitting that the team misses having their superstar Kyrie Irving out on the floor.

Irving hasn’t been allowed to practice or play at all this season since he’s unvaccinated … and it doesn’t look like that’s changing any time soon.

The Nets picked up their third loss of the season last night — losing to the Miami Heat at home 106-93 — prompting one reporter to ask KD what’s “missing” with the team’s offense.

“I know what you want me to say,” Durant joked before getting real. “Yeah, we do miss Kyrie. We do. He’s a part of our team.” 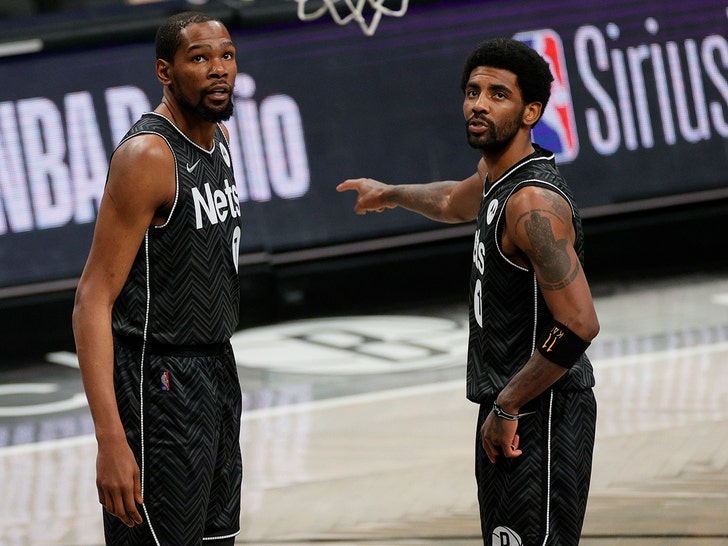 “For the most part we been generating great shots, we been getting into the paint. It’s a matter of us knocking them down. I think it’ll come.”

Brooklyn’s offense has clearly struggled without KI … the squad is currently 25th in points per game in the NBA.

Supporters of Irving took to the streets this past weekend to advocate that the Brooklyn Nets star be allowed to play … and looking at this Nets offense through 5 games, it might explain why they went so hard.

Unclear when, or even IF, Kyrie will change his mind on his vaccine stance, but KD and the crew had better change things fast if they want a championship parade in BK come summer.

‘The Harder They Fall’s Edi Gathegi: Black Cowboys Have ‘Been Erased’ From History — Until Now
Recent Posts