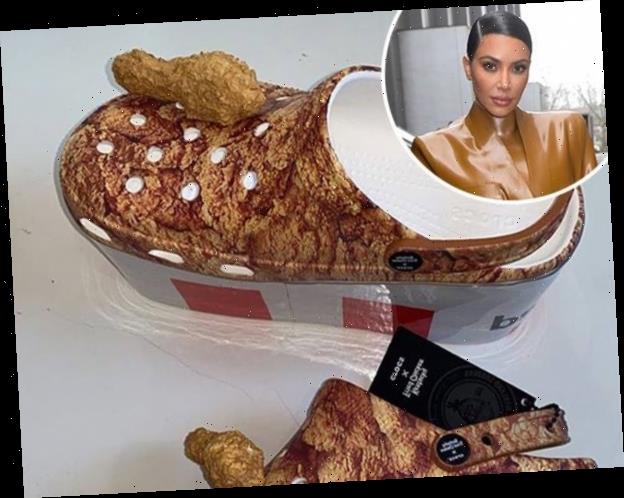 On Thursday morning, Kim Kardashian started her day with a special package from an unlikely restaurant chain.

But does the Keeping Up With the Kardashians star really eat at KFC? “I went out and had Kentucky Fried Chicken recently and it was amazing but I don’t really eat meat all the time so this is amazing that they are partnering with Beyond Meat to have meatless chicken but aren’t these amazing,” she continued.

Beyond Fried Chicken is considered the first plant-based protein to be offered at a national chicken chain in the U.S.

As for those Crocs, the footwear was introduced last month at New York Fashion Week of all places.

In fact, KFC and Crocs partnered to create two versions of the limited-edition footwear that are available online. 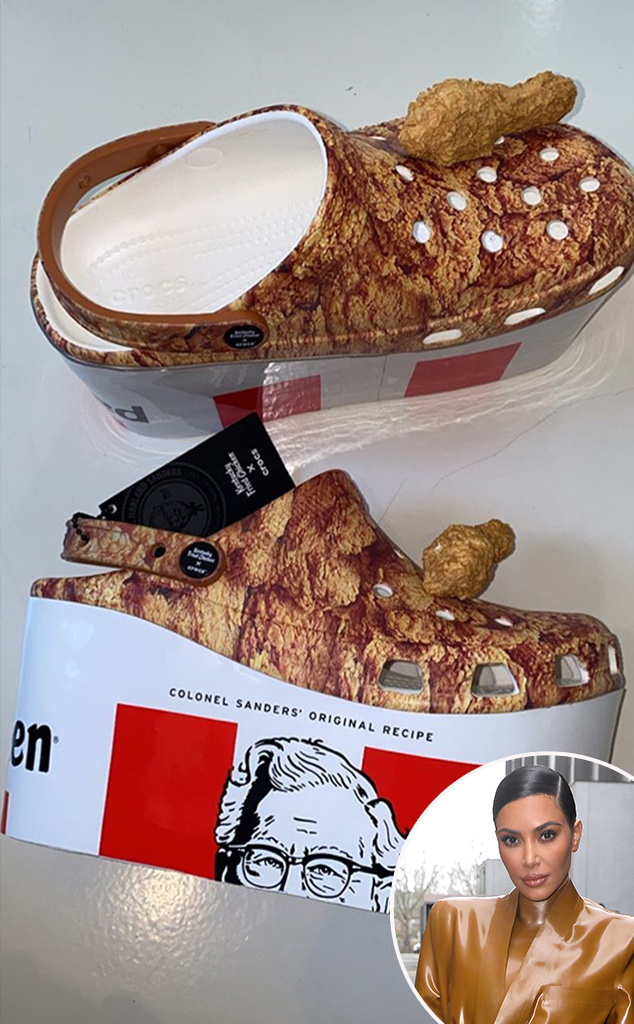 This isn’t the first time Kim and Kanye West have received some love from KFC. Just last month, KFC France took to Twitter and acknowledged the famous couple after they stopped by a location.

“Hey @kanyewest @KimKardashian we created a bucket just for you inspired by our favorite song of yours,” the company shared online. “For the next time you’ll come split the buffet at KFC Paris…”

The lyrics stated, “Me and my girl split the buffet at KFC” in homage of “Touch the Sky.”

Tasty food aside, it’s been another jam-packed week for Kim who recently traveled to Washington D.C. On Wednesday, the aspiring lawyer visited the White House again to support three women who had their sentences commuted by President Donald Trump last month.

And on Thursday afternoon, the E! star raised awareness on a case she has been following.

“#NathanielWoods is scheduled to be executed in Alabama TONIGHT for murders he did NOT commit,” she shared with her Instagram followers. “Join the broad coalition—including members of the jury and relatives of the victims—in urging @GovernorKayIvey and @AGSteveMarshall to stay Nate’s execution.” No rest for Kim!

Keeping Up With the Kardashians returns Thursday, March 26 at 8 p.m., only on E!