Home » Celebrities » Kourtney Kardashian is ‘laid back’ about wedding planning, ‘she’s not a bridezilla’ 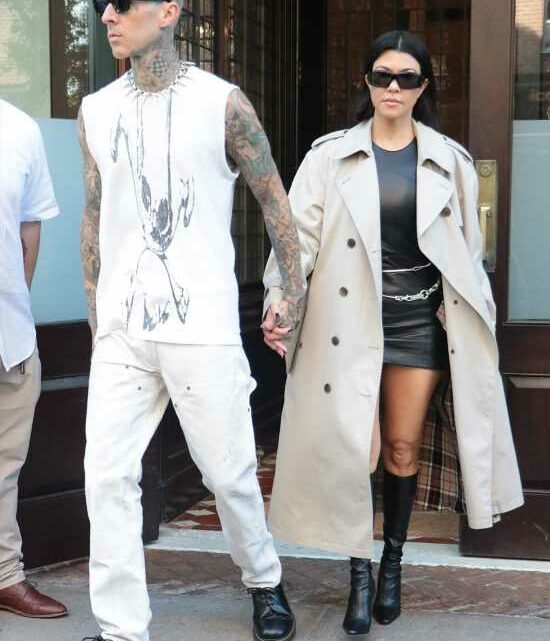 Kourtney Kardashian is ‘laid back’ about wedding planning, ‘she’s not a bridezilla’ 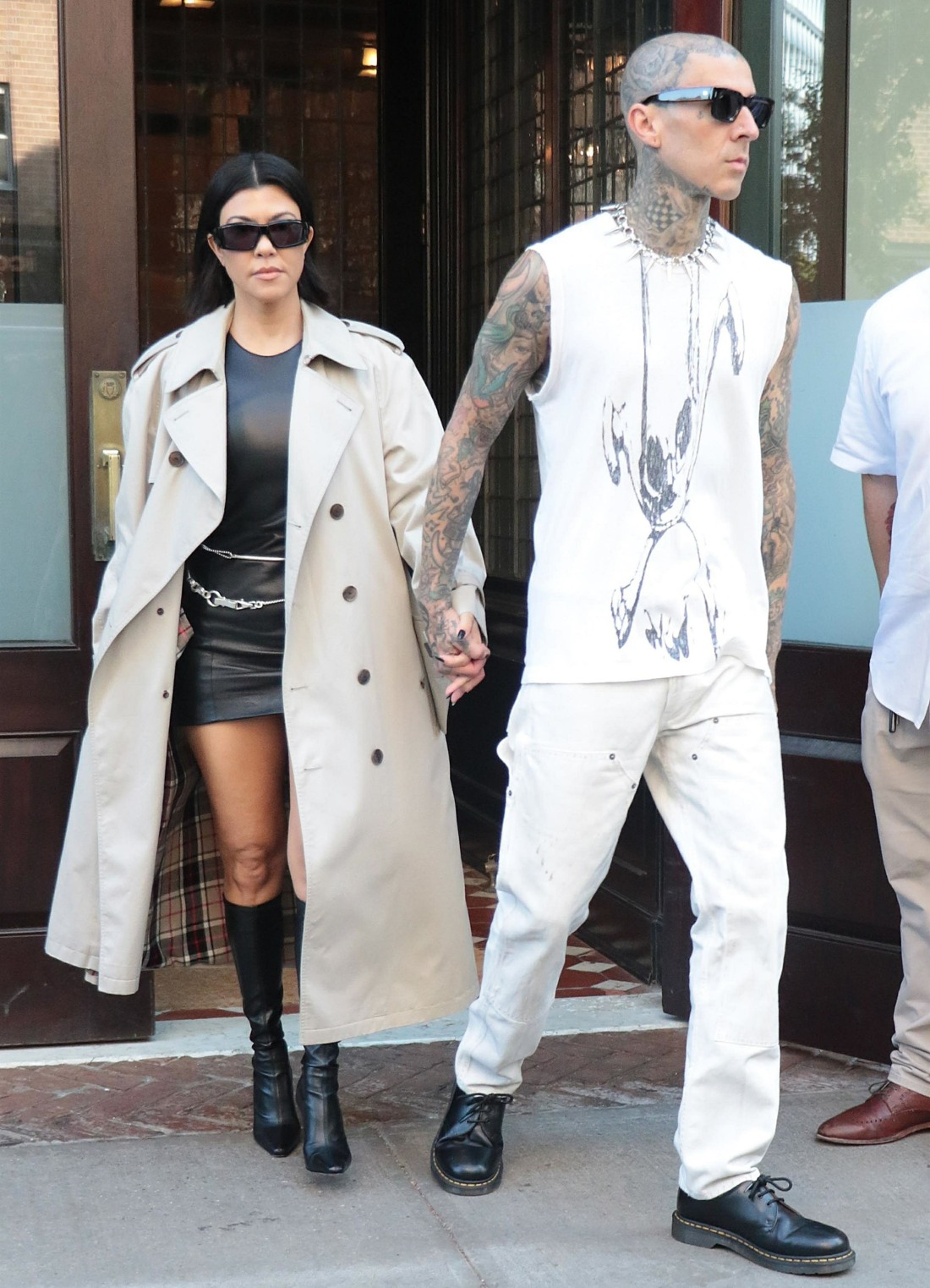 In a recent issue of OK! Magazine, sources claimed that Travis Barker and Kourtney Kardashian were going to “stream their love story, filled with nonstop PDA, of course, so guests can watch it before and after they say their vows.” Sources said that Travis and Kourt wanted a huge wedding to celebrate their love and that they wanted to put it all out there for public consumption. While Kourtney IS a Kardashian and the family loves attention, that doesn’t actually seem like her style at all. I think when Kourtney and Travis marry, they’ll probably post photos on their social media, maybe get a People Magazine exclusive editorial, and maybe it will be featured on the Kardashians’ new Hulu show. But even then, Kourtney seems the most reticent about reality programming at this point. In any case, E! News has some info about what Kourtney and Travis are actually planning:

Three months after the Poosh founder announced her engagement to Blink-182′s Travis Barker, she’s hard at work planning their upcoming vows. “Even though Kourtney would like it to be soon,” one insider tells E! News, “logistically it’s taking some time.”

For the occasion, according to the source, Kourtney enlisted the help of event planner and longtime Kardashian collaborator Mindy Weiss—plus, naturally, Kourtney’s mom, Kris Jenner, is also involved, the source notes.

“They are all doing it together,” the insider shares. “Kourtney is relaxed and laid back about the details. She’s not a bridezilla at all. Travis is also involved, but he lets Kourtney make most of the decisions and wants it to be her day.”

As for when exactly the special day will be, a second source tells E! News both Kourtney, 42, and Travis, 46, “want the wedding to happen this year.” They’re not worrying about all the small things, either. “It won’t be a huge event,” the second source notes, “only close friends and family.”

“They have a great routine going right now and spend time at both of their houses together with the kids,” the second insider tells E! News. “It’s very convenient. They definitely want to consolidate and be in one household but aren’t in a rush. It works for them right now. Travis and Kourtney are so in love and have a lot of respect for each other. They are very excited to be married and move on to the next chapter together.”

Are Alabama and Landon living with their dad full-time? It feels like it might be a bit easier to blend families in one home in this situation because Travis’s kids are teenagers who are almost out of the house anyway. As for the wedding planning… yeah, this sounds more like Kourtney. It’s crazy to think that this is her first wedding, but she’s a bride in her 40s, marrying a guy who worships her. Travis probably wants her to have everything and Kourt’s like “I’m fine, we should do it in Malibu on the beach.” 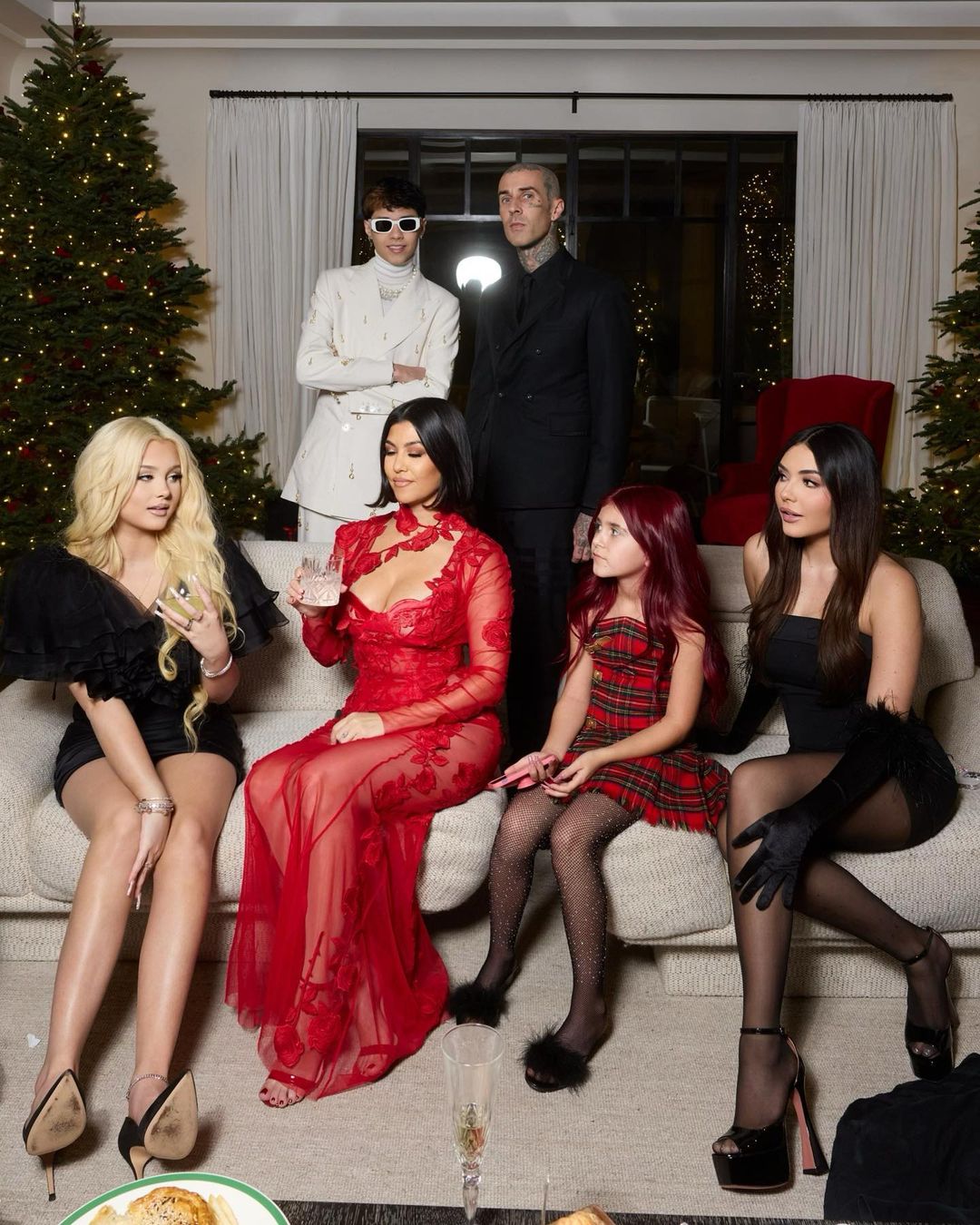