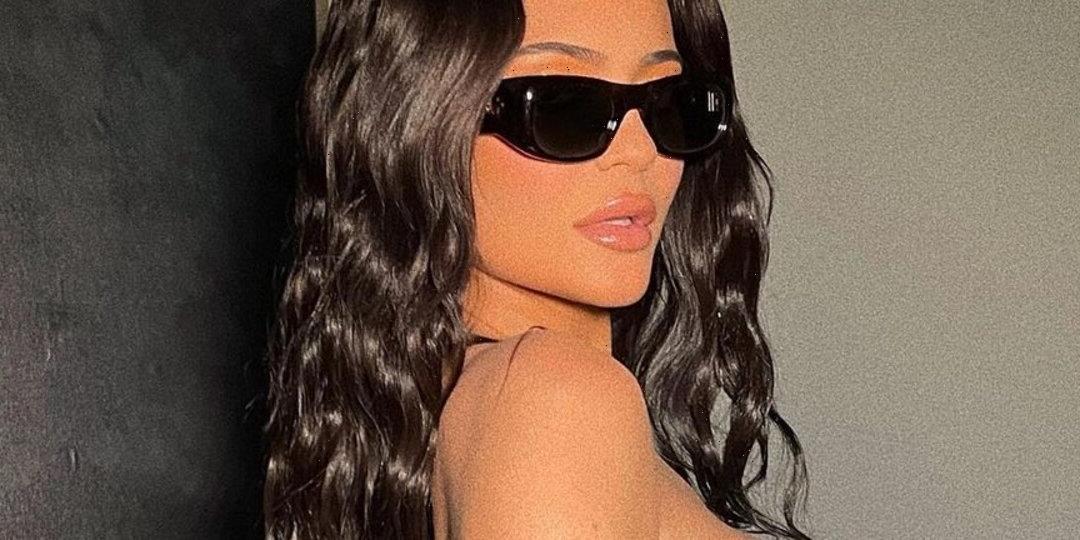 Kylie Jenner Showed Off Her Thong in a Completely Sheer Dress

Thongs are peeking above low-rise pants and even being incorporated into low-cut dresses, but Kylie Jenner showed her own thong off by wearing a dress with a strategic sheer pattern that offered up swathes of skin between swirls of traditional Japanese art. She shared the look on Instagram with what appeared to be a demure side profile before followers swiped to see that most of the long dress was see-through.

The outfit included dad-core '90s sunglasses and a tiny frame handbag that doesn't even look like it could fit a smartphone. She wore her hair in long shiny waves that grazed her butt and added a bracelet to her left bicep.

Her caption was short and sweet: "bonne soirée." Her older sister Khloé offered a caption that probably said what many fans were thinking: "I am deceased."

The skin-centric, body-con look comes after Jenner showed off a pair of over-the-top wide-leg jeans covered in cargo pockets. Always the fashion chameleon, she's swung from one extreme look to another, showing up to support her sister's tequila brand in a plunging jumpsuit and following that up with a red carpet look showcasing vintage 1987 Jean Paul Gaultier.

Kylie's outfit also comes after the official announcement of KylieBaby, which follows in the very successful footsteps of KylieCosmetics and KylieSkin.