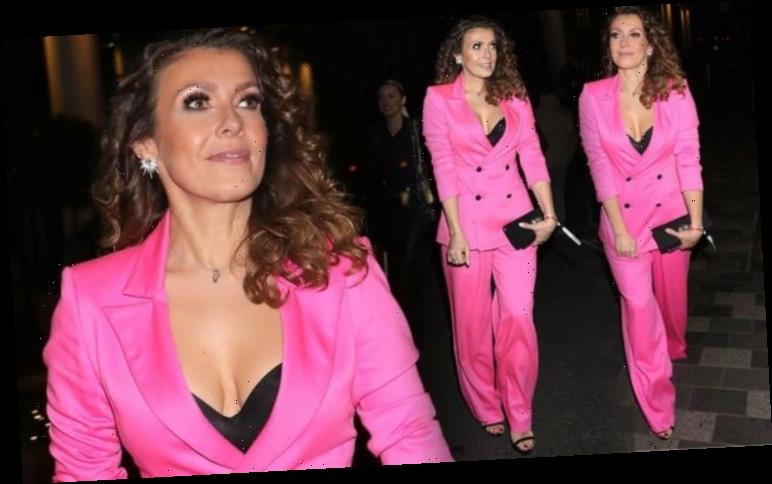 Singer and actress Kym Marsh put on a busty display at the theatre last night.

The Hear’Say star made sure all eyes were on her when she arrived at London’s Piccadilly Theatre for the press night Pretty Woman: The Musical in a bold pink look.

Last night a host of celebrities and famous faces turned out to see the new theatre show, which is an adaptation of the classic 1990s movie of the same name starring Richard Gere and Julia Roberts.

Kym, who played the role of Michelle Connor in Coronation Street for 13 years from 2006 to 2019, turned heads in a bright pink trouser suit at the star-studded event.

Her double-breasted blazer, which featured contrasting black buttons, nipped in at the waist to showcase her trim figure.

It also had a plunging neckline which gave a glimpse of her satin bra underneath and drew attention to her cleavage.

The former soap star teamed the bold look with a small black purse and a coordinating pair of strappy sandals. 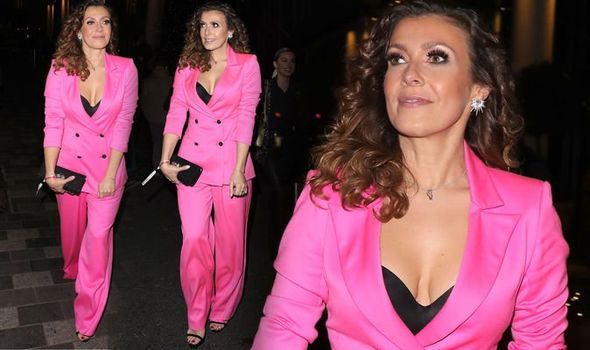 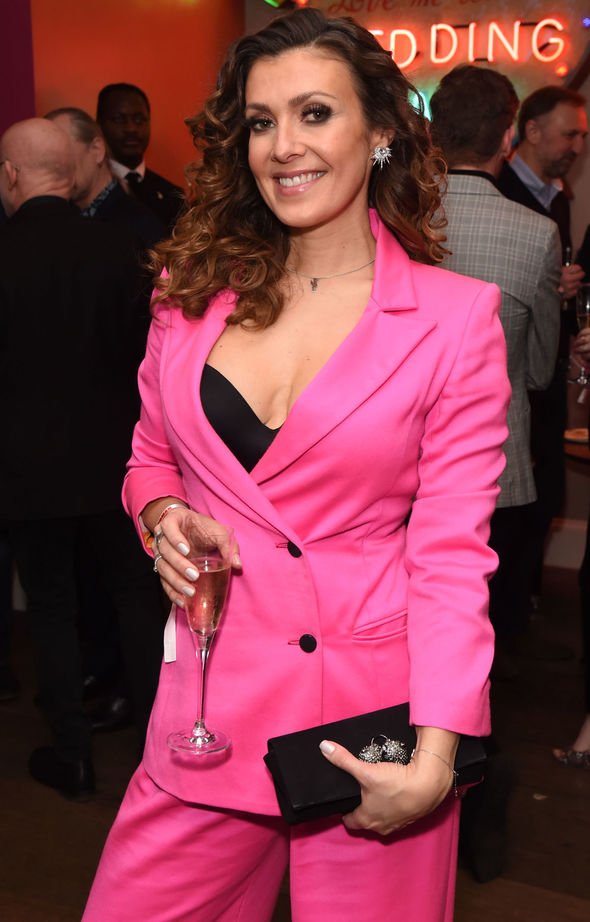 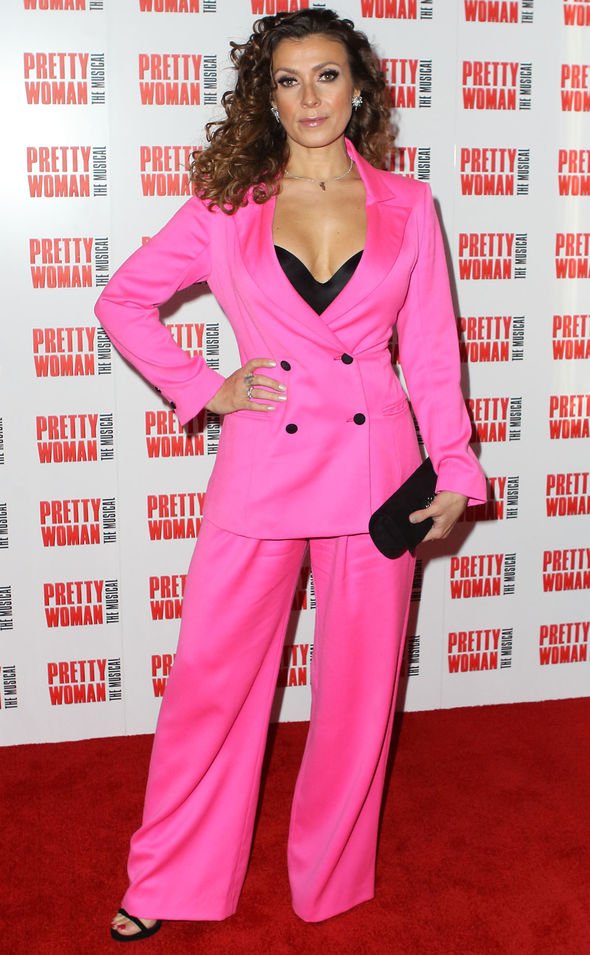 The brunette beauty wore her hair in voluminous curls, not too dis-similar to Julia Roberts’ portrayal of main character Vivian Ward in the film version of Pretty Woman.

The 43-year-old mother enhanced her natural good looks with glam make-up which comprised of fluttery eyelashes, lashings of mascara and a slick of glossy pink lipstick.

Ahead of the performance, Kym posed for pictures on the red carpet before finding her seat in the theatre to watch the show. 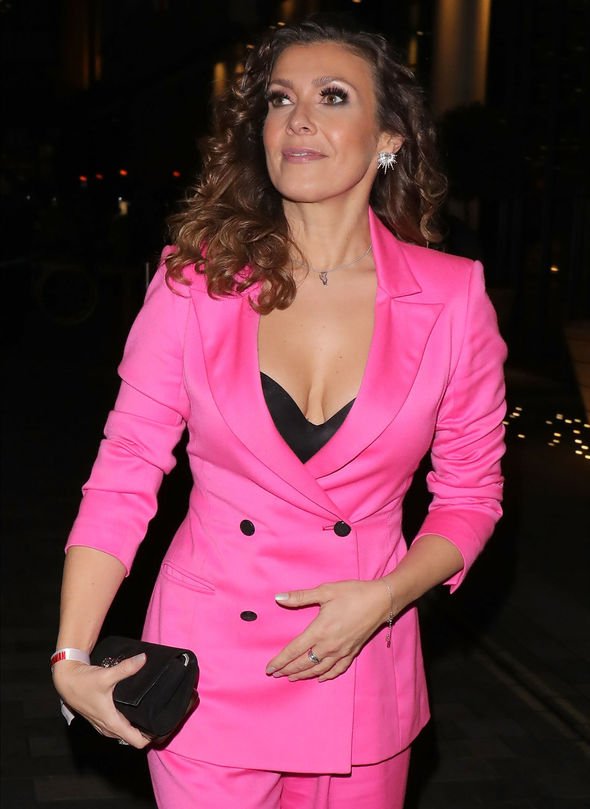 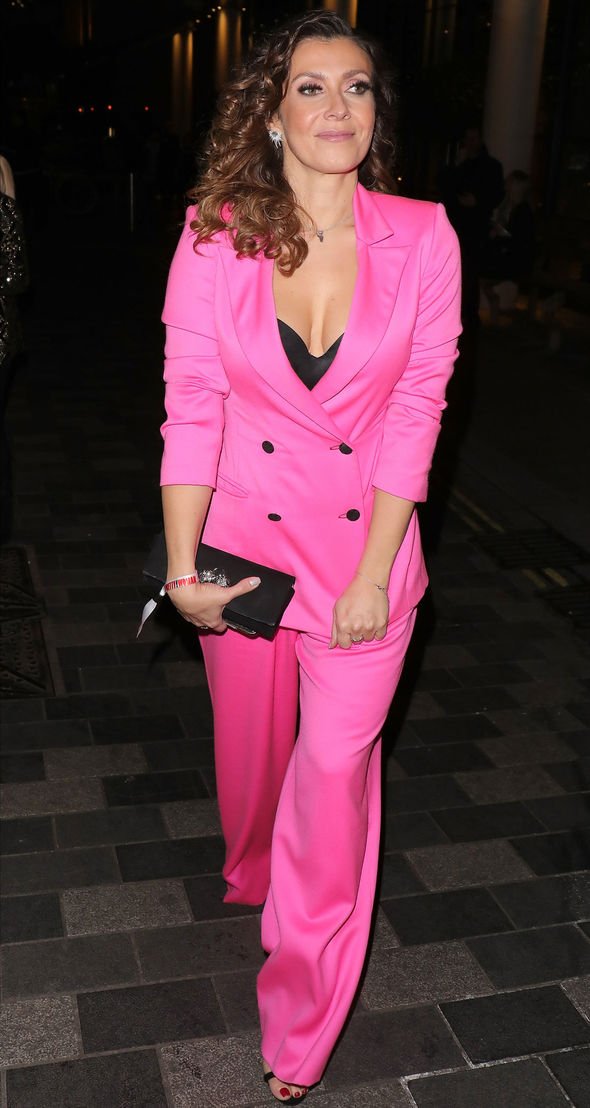 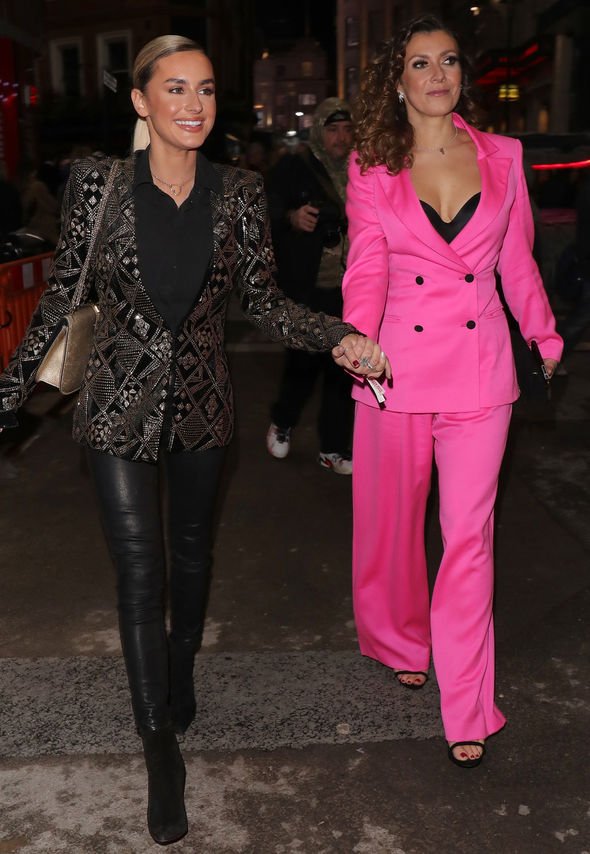 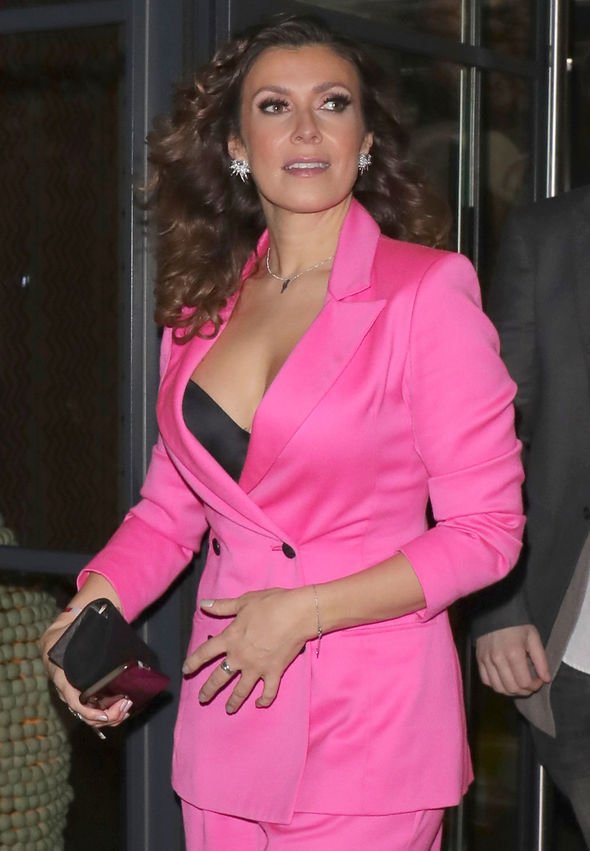 The Corrie star, who recently appeared on stage herself in Elf: The Musical, was spotted arriving at the event with Love Island 2017 winner Amber Davies.

The reality star-turned-theatre star made her own West End debut alongside Louise Redknapp in Dolly Parton’s musical 9 to 5.

The duo held hands as they made their way to the venue.

Amber looked stylish in a black and silver patterned jacket worn over a black shirt and leather trousers.

A silver handbag and black pointy boots competed her outfit.