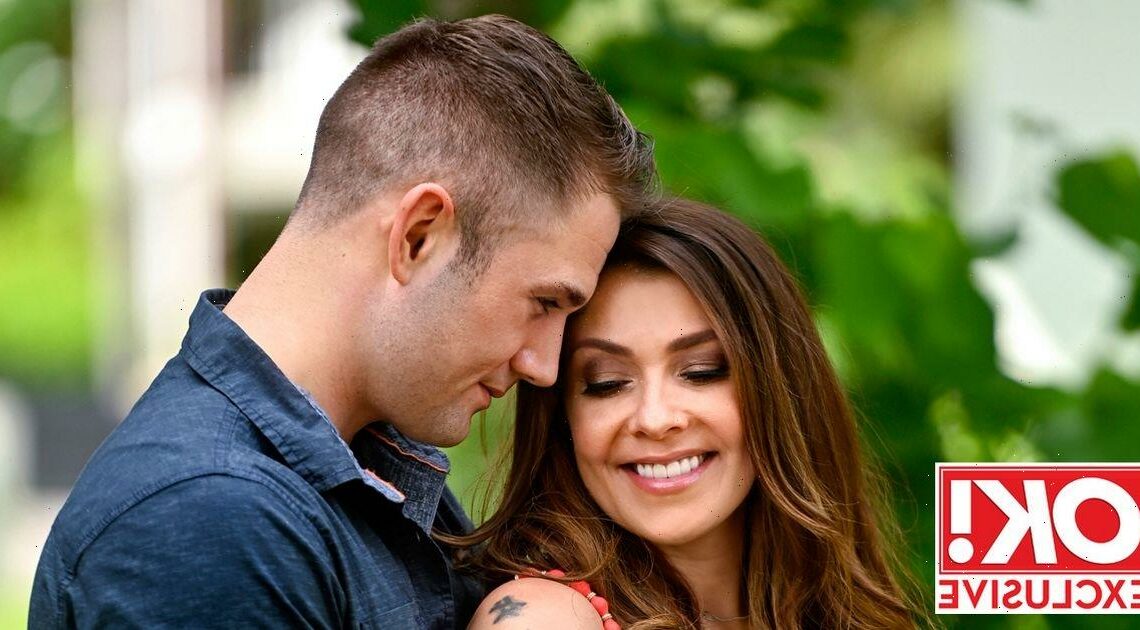 Kym Marsh's husband Scott Ratcliff has admitted he will feel "uneasy" when he watches his new wife in her upcoming play, a stage adaptation of Fatal Attraction.

The 45 year old will play the lead role of Alex Forrest in the stage version of the 1987 film on a UK tour, kicking off in Brighton later this week.

Speaking exclusively to OK!, Scott said: "I can’t wait to see it. I love watching Kym do what she does, I feel so proud.

"This is her first major theatre performance, which is really exciting for me as I know it’s something she’s been desperate to do."

When asked how he feels about the intimate scenes, he admitted: "It will be an interesting one, because I’m sure I’ll feel uneasy at first, but when you apply common sense you realise it’s just acting.

"It’s my job to fully support my partner, like she does when I’m away for months.

"I’m going into it with a positive mindset and once I get over that initial uneasiness it will just go back to pride for what she’s doing, because I have no doubt she’ll knock the role out of the park."

Kym has previously opened up about finding it "daunting" to be following in the footsteps of Glenn Close in the role, saying: "All I can do is my best with it and not copy her, but the script of the play is slightly different. It's not scene-by-scene and word-for-word.

"There are subtle differences and you hear more from Alex about where she's been.

"It's hard to talk about without giving too much away, but you get more of a sense of who Alex is and what her journey may have been."

2022 is set to be an incredible year for Kym and her family, with both her son David and daughter Emilie both getting engaged weeks after her and Scott's own wedding.

Speaking about the next 12 months, Kym says she wants a "new house," adding: "Polly is starting secondary school and there may be more grandchildren!

"There’s also lots of projects going on for me career-wise, too, so more of the same please."

Kym Marsh appears in the UK tour of Fatal Attraction until 5 March. For venues and tickets visit fatalattractionplay.com

For the latest on Kym, Scott and their family, sign up to OK!'s daily celebrity newsletter