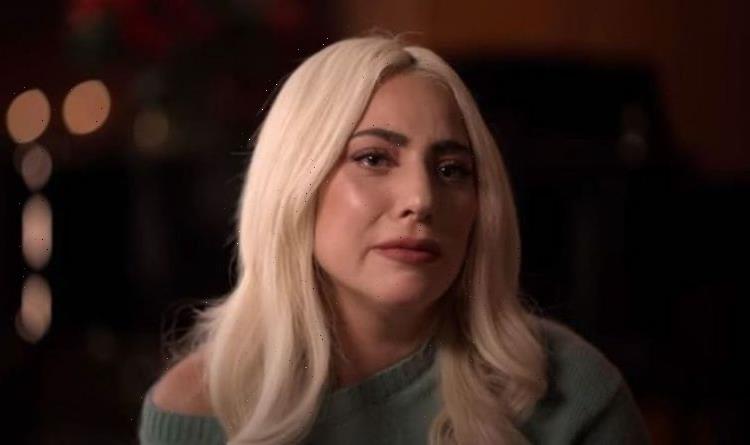 Lady Gaga broke down in tears amid Prince Harry collaboration: I just froze

Prince Harry stars in The Me You Can't See trailer

The singer and actor appears on The Graham Norton Show this evening at 10:35pm on BBC One. Lady Gaga will join Graham Norton to promote her new film House of Gucci, directed by the legendary Ridley Scott. The actor plays Patrizia Reggiani, an outsider from humble beginnings who marries into the Gucci family.

The film spans three decades of love, betrayal and revenge and depicts the aftermath of the 1995 murder Maurizio Gucci, head of the fashion house Gucci.

Hollywood superstar Will Smith will also join the star-studded show while singing legend Rod Stewart will perform his new single ‘One More Time’.

Lady Gaga propelled herself to international acclaim with chart-topping singles ‘Just Dance’ and ‘Poker Face’ in 2008, while in recent years she has carved out a successful career as an actor.

Read More: Piers Morgan doubles down on Meghan Markle statement after her apology

She received critical acclaim for her role in 2018 film A Star Is Born, and even picked up an Oscar for the film’s title track ‘Shallow’.

However, despite her success, Lady Gaga’s life has not been without tragedy.

The singer sat down earlier this year for the first episode of the documentary ‘The Me You Can’t See’, an AppleTV+ series created by Oprah Winfrey and the Duke of Sussex.

The pop sensation candidly spoke about a tragic experience in which she was raped and impregnated by a producer aged just 19 years old.

She explained: “I was 19 years old, and I was working in the business, and a producer said to me, ‘take your clothes off’. And I said ‘no’.

“And I left, and they told me they were going to burn all of my music.”

In tears, Lady Gaga recalled: “And they didn’t stop. They didn’t stop asking me, and I just froze and I ‒ I don’t even remember.”

The Oscar winner described the lasting psychological impact of the incident, and how it manifested as chronic pain.

“Because I’d been being abused. I was locked away in a studio for months.”

She added: “I’ve had so many MRIs and scans ‒ they don’t find [anything] but your body remembers.

“I couldn’t feel anything. I dissociated.

“It’s like your brain goes offline. You don’t know why no one else is panicking, but you are in an ultra state of paranoia.”

Although she is now 35, Lady Gaga admited that the sexual assault still impacted her and that she had even attempted self harm, in the hope that it was ease the pain of the experience that happened 16 years earlier.

She said: “It’s a really, very real thing to feel that there’s a black cloud that is following you wherever you go, telling you that you’re worthless and should die.

“I used to scream and throw myself against a wall.”

Lady Gaga insisted on the documentary that talking about the experience helped, while she has been a mental health advocate for years.

Watch The Graham Norton Show tonight at 10:35pm on BBC One.

'This Is Us' Season 6: When Does the Show Return for Its Final Episodes?
Recent Posts