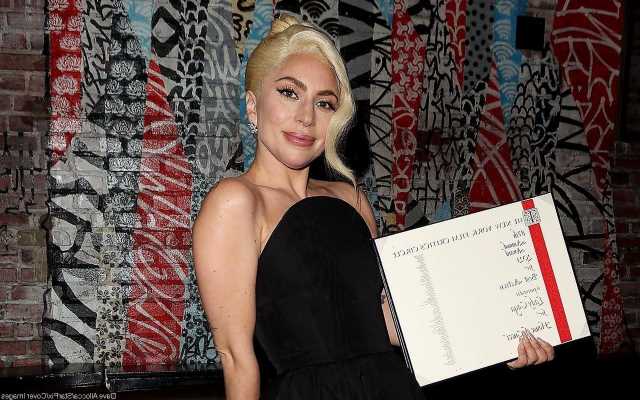 Words are the 36-year-old actress-and-singer will have 24-hour protection for her wardrobe, which are designed by Donatella Versace, during her global ‘Chromatic Ball’ shows.

AceShowbiz –Lady GaGa is adding more protection for her “priceless” wardrobe. If a new report is to be believed, the pop star has hired security guards for her costumes on her upcoming world tour.

The 36-year-old singer had the help of Donatella Versace when it came to designing some of the costumes for her global “Chromatic Ball” shows, and they have been 24-hour protection. A source told The Sun newspaper’s Bizarre column, “The designer clothes, including designs by Versace that Lady GaGa will be wearing, are priceless because they have been made especially for her.”

“There are lots of outfits which are being guarded 24/7 because they are so precious and her team doesn’t want them being damaged or seen by anyone,” the so-called insider spilled. “She loves a costume change so there’s a lot of clothes to guard.”

“Rehearsals have been intense for weeks and obviously everyone has been forbidden from filming or taking photos to ensure everything is a surprise on opening night. It will be an absolute spectacle,” added the source.

GaGa has reportedly been wearing the garments during rehearsals for the tour, which starts on Sunday, July 17 in Dusseldorf, Germany, and they have been followed by guards when being transported.

The “Paparazzi” singer’s 20-date tour will see her perform tracks from her 2020 No. 1 album “Chromatica” for the first time and will this month include two shows in London.

GaGa has reportedly been working on what is going to be her “most complex” tour yet. A source recently said, “GaGa knows how long fans have been waiting for these shows and is putting everything into making them spectacular.”

“She has splashed out on a warehouse in London for her team to secretly rehearse the show over and over until everything is exactly how she wants it,” the informant went on adding. “In terms of staging it’s probably the most complex she’s ever done and that really is saying something as her tours are always impressive. The stage is huge, money clearly is no object. Visuals have been shot and right now it’s about tweaking things so everything goes smoothly and without a hitch.”

EastEnders star transforms into a Barbie doll complete with packaging