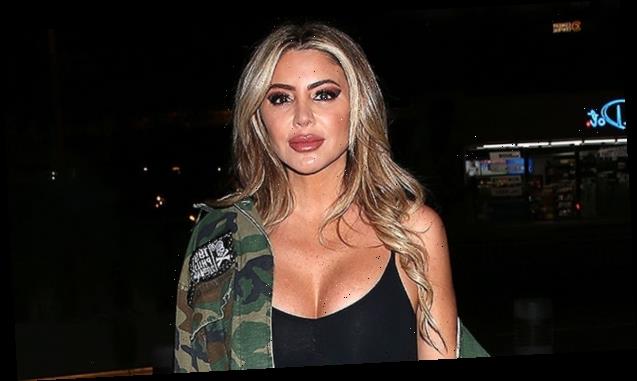 Fans previously insisted that Larsa’s son, Preston, was Scottie Pippen’s twin. But Larsa has a look-alike of her own, too: the ‘RHOM’ alum’s other son, Justin!

Larsa Pippen has an honorary twin: her 16-year-old son, Justin Pippen! The mother and son posed for a sweet selfie, which Larsa posted to her Instagram on April 1. “Me and my twin,” the 46-year-old alum of The Real Housewives of Miami wrote under the photo. Fans could see the uncanny resemblance between the two. “Facts,” one fan wrote, in agreement with Larsa’s caption; another simply wrote, “Twins.”

Some fans argued that Justin twinned more with his dad, 55-year-old Chicago Bulls alum Scottie Pippen. “Def daddy twin,” one fan wrote, while another fan wrote, “No he is not your twin he looks exactly like his dad.” This just goes to show that Justin looks very much like both his famous mom and dad.

However, fans were convinced that Larsa’s other son — Preston — was Scottie’s twin when she posted a photo with the 19-year-old and his older brother, Scotty Pippen Jr., 20, on March 28. The trio were out enjoying family time at a restaurant, and countless fans flooded the comments section with comparisons between Scottie and Preston.

Larsa Pippen with her two other sons, Scotty Pippen Jr. and Preston. [Instagram/@larsapippen]

Scottie and Larsa share one other child: their youngest, daughter Sophia, 13. Scottie has four other children from past relationships (Antron, 33, Sierra, 26, and Taylor, 26; one of his daughters, Tyler, sadly passed away at nine days old).

Larsa later went out to enter a romance with Minnesota Timberwolves player Malik Beasley, 24, and they were first spotted together in public in Nov. 2020. Larsa claimed that Malik was “separated” from his ex, Montana Yao, 23, before she even met him, but Montana insisted this was “100% false” in Dec. 2020. Montana filed for divorce that month, after the PDA photos of Larsa and Malik went viral.

However, Larsa claimed that Malik and Montana already “had issues” before the former Kardashian friend came into the picture. Larsa also revealed that she knew Malik was still technically married to Montana. “We had spoken about it. It wasn’t a secret. I know a lot of people that are married and exiting. I’ve played that part. So for me, if you’re not being shady and you’re telling me all your stuff, I’m going to believe you,” she told Hollywood Unlocked in Feb. 2021.

Returning to sport: London Pulse’s Lindsay Keable on the challenge of life as a teacher and elite athlete