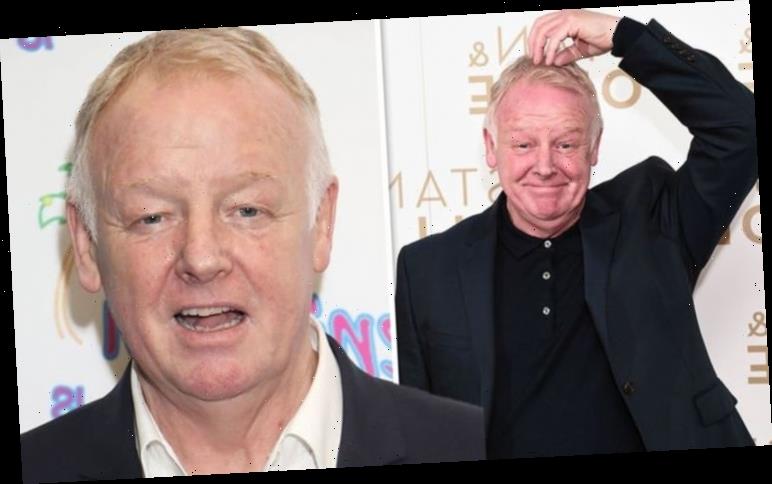 Les Dennis, 66, found himself trending on Twitter after he denied being rude to a fan and his young son. Amanda Holden’s ex-husband sparked a frenzy on the social media platform when he responded to a Twitter user, who wrote: “Met @LesDennis today in the Brewers Fayre in Warrington.

“Refused to have a picture with me and swore at my 2 year old son. #Disappointed.”

Les seemed less than impressed with the fan’s claims, which appeared to stem from a case of mistaken identity, as he hit back in view of his 85,000 followers: “No you didn’t. 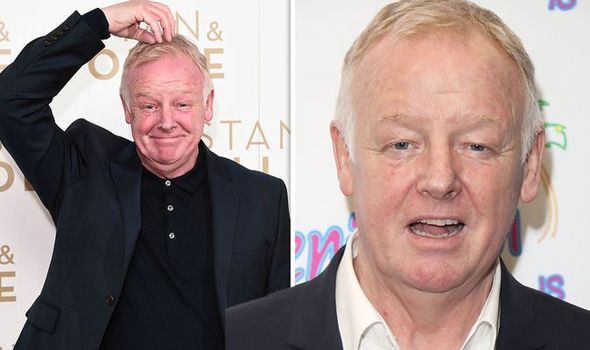 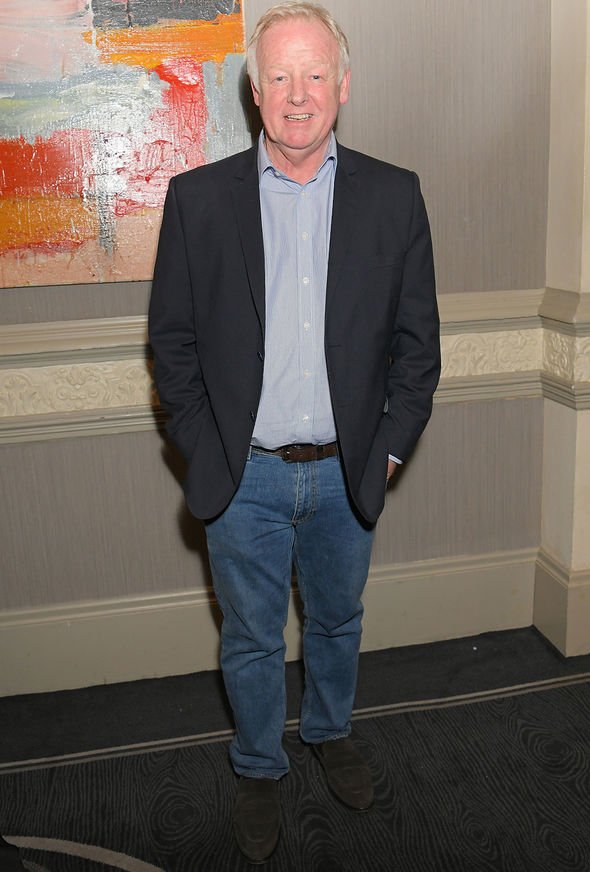 Following Les’ post, the fan then issued an apology to Les, which the former Family Fortunes host shared with his fans.

It read: “I would like to formally apologise to @LesDennis, looking back it was a clear case of mistaken identity. #NotDisappointed.”

Accepting the fan’s explanation, Les replied: “And thank you Rick for this dignified response.”

Although Les and the fan resolved the issue, the Twitter exchange inspired others to get involved and share their own false claims about him, accompanied by the hashtag “disappointed.” 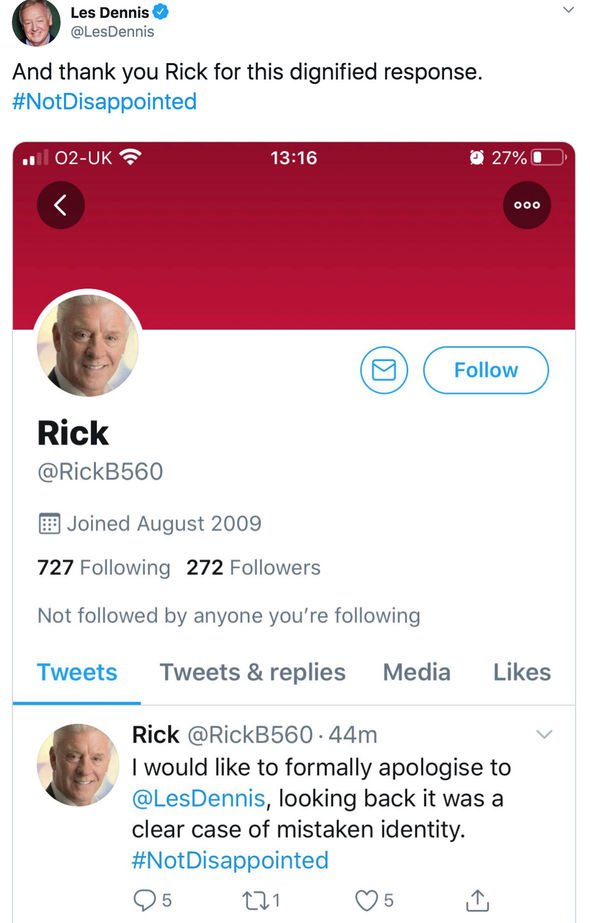 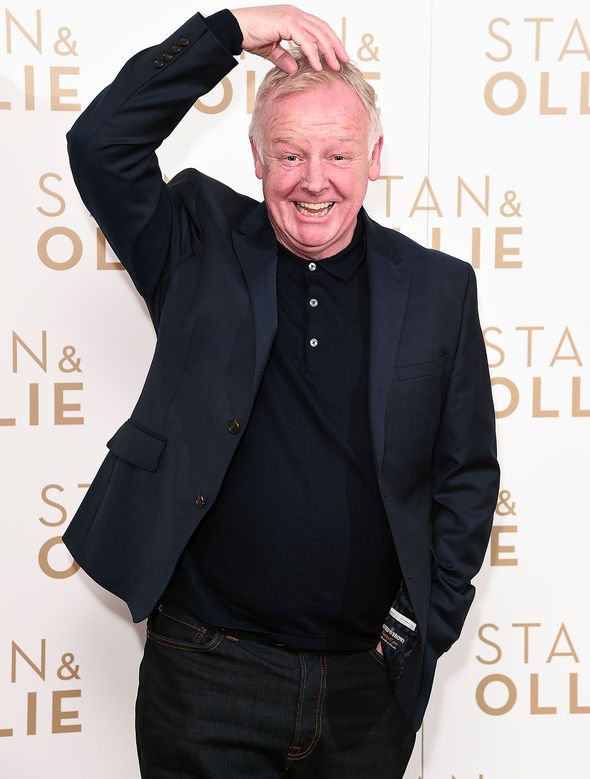 One Twitter user joked: “To be fair. When people mistake me for @LesDennis and ask for a pic. I always say no and swear at their kids. #disappointed.”

Another added: “Years ago my car was stolen. The police found Les Dennis taking it for a joyride. When they tackled him, he said it was just borrowed to take his mum to Lidls.”(sic)

A third tweeted: “During the night, Les Dennis broke into my house and changed the WIFI password. He then handed the password out all my neighbours, threatening them, on pain of death, never to reveal the code to me.”

“I met Les Dennis in Boots… Asked how me mum was then nicked the last antibacterial hand wash out my basket when I wasn’t looking,” a fourth person quipped.

Comedian Ricky Gervais also gave his own response the trend by referencing Les’ guest appearance in his sitcom Extras, as he shared a snap of the pair together from the show and added: “I met @LesDennis once.”

Fortunately, Les saw the funny side of the Twitter trend inspired by him.

He responded: “All the I met Les Dennis posts are making me laugh out loud.

“You’re all making me see that Twitter can be a great place despite the odd idiot. Thank you all.”

Fans took to the comments section of the television personality’s tweet to continue the joke.

One person remarked: “Thanks for the selfie in my back garden this morning.”

Another commented: “He tweeted this from my living room.”

Cheltenham 2020: Champion Day races, runners and TV coverage details for the day 1 of the Festival